Our main volunteering tasks at this tournament was helping set up the game elements on the tables, running the score sheets from the referees to those who typed them into the computers, and locating teams that didn’t show up during the match. These tasks were basically the same as the ones we do at a real FLL tournament so, it wasn’t much different than our usual tournament volunteering.

Also, as we volunteered there an FRC team was demoing their robot outside the gymnasium. When we told them we were in FTC they talked about how they were debating whether to do FTC or FRC for their next season because they only had about 10 people on their team. We said that FTC might be the perfect program for them because of their small tam size and because it costs a lot less than FRC. Also, since FTC is over a longer period of time team member wouldn’t have to spend their whole weekends working on robotics or as long hours as they were doing in FRC.

Overall, It was exciting seeing the kids get so enthusiastic seeing their robots complete the missions and we even got to be the DJs and play music from Rosie’s phone! 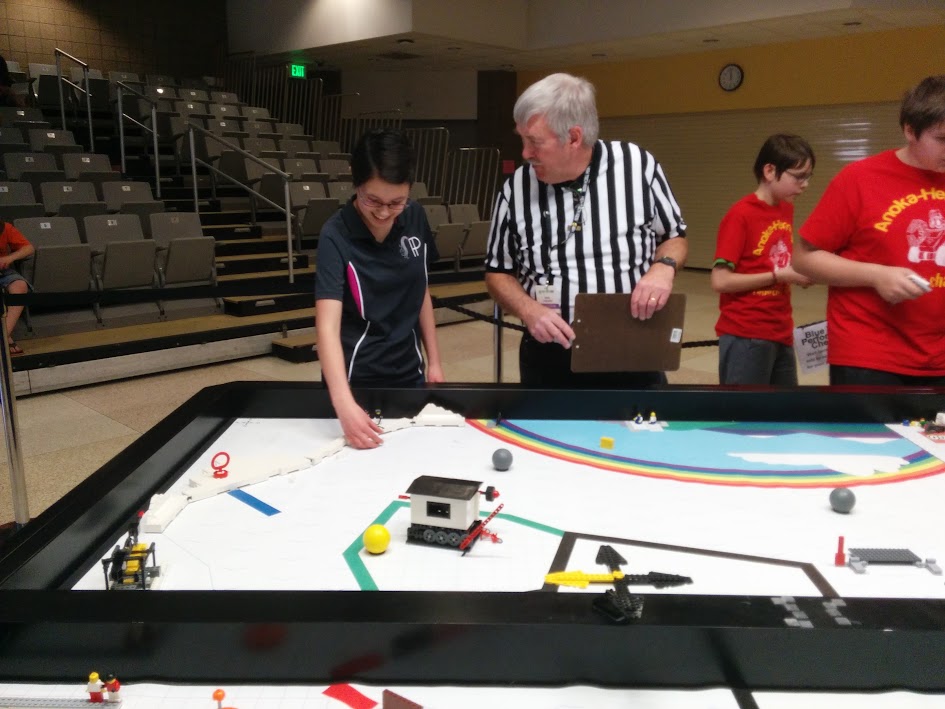 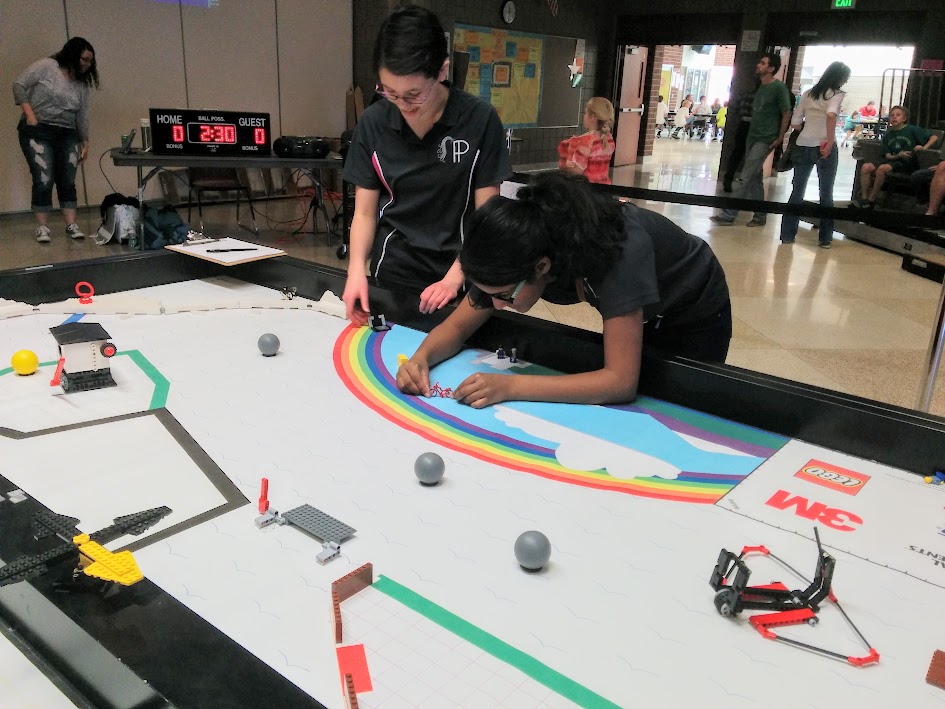