As one of our last outreach events of the season, we were invited to an elementary school in our school district to demo at their annual “STEAM Night.” We were in a robotics-filled gym along with FLL team 134, the Dots; FTC team 10272, Titanium Allies; and FRC team 2052, KnightKrawler. With the addition of an FLL Jr. display, all four levels of FIRST were represented in the four corners of the gym. As always, it was very cool to have representatives from all four programs, since it was easy to entice kids with the big robots and then point them over to the LEGO robots.

The FTC area was right next to the entrance, so we handed out many robot driver’s licenses throughout the course of the event. It was fun to have two FTC teams so that the students could try driving both. There were also a few times when the robots engaged with each other (waved at each other, tried to pass a shoe back and forth, etc.), which the students thought was hilarious. We once again appreciated how easy it is to demo the Relic Recovery challenge, since the game elements are simple and able to be stacked on their own.

We had a great time at Bel Air and we hope that it inspired many students to join FIRST programs in the coming years. 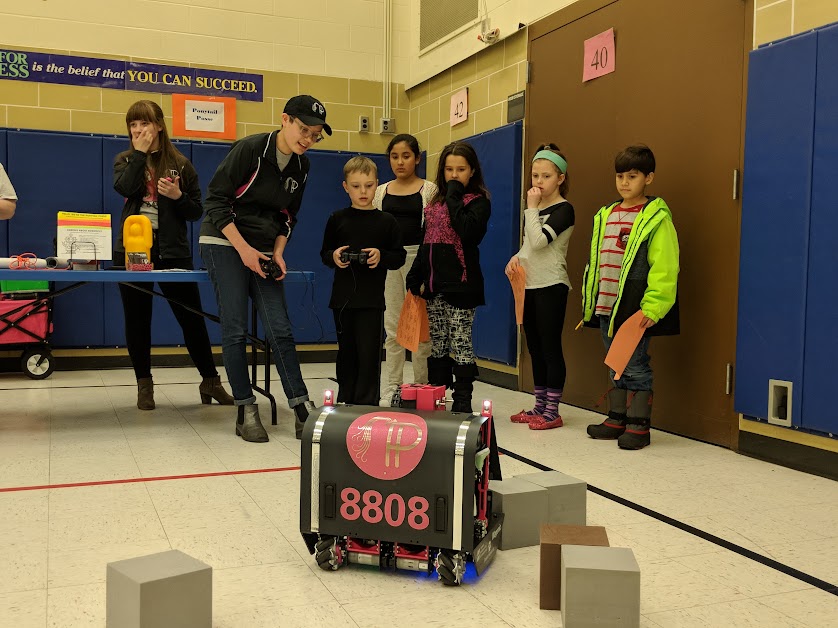