Snail Lake Kindergarten Center’s FLL Jr. coordinator organized a “kickoff” event for the students and their families at the start of the season. We volunteered to keep the students entertained while she talked to the parents about the program, which would involve running several activity stations in the hallway. The first thing we did when we arrived was help set up. Chairs were rearranged, cups were filled with popcorn, and one uniquely-colored balloon was placed at each table. 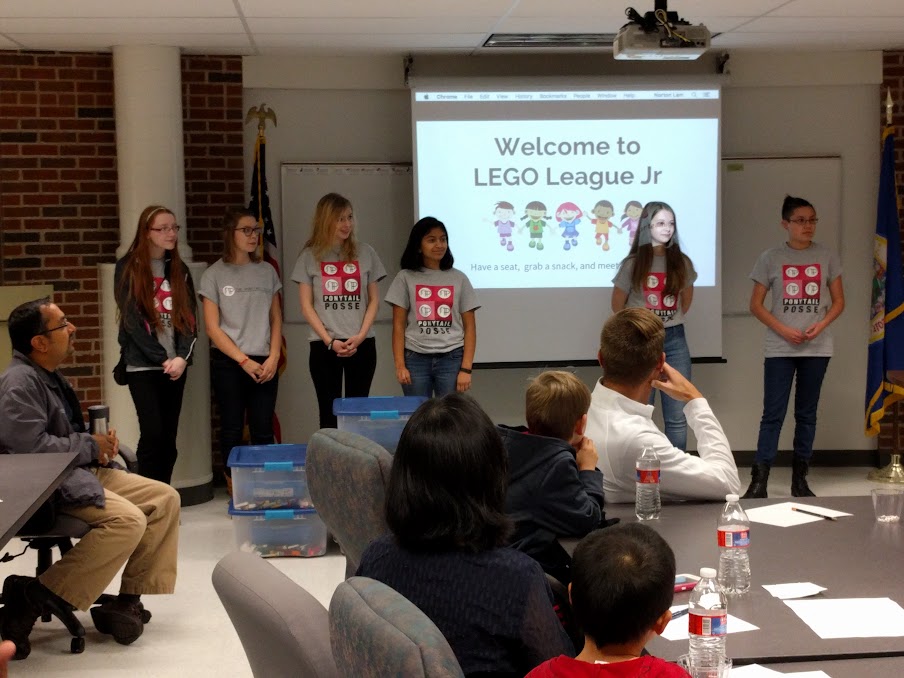 As the parents and their kindergarteners arrived, we directed them to the right room and signed them in on our clipboard. Each team sat together and introduced themselves until the presentation started, which included videos about FLL Jr. and a reveal of this year’s topic: Creature Craze. All of the students were very excited and it was fun to see their enthusiasm at the idea of researching animals – it was very different from FLL teams, where the students tend to have a disproportionate focus on the robot. After the brief presentation, the kindergarteners “put their marshmallows in their mouths” (stopped talking) and each of us took our assigned team into the hallway.

We spent the rest of the evening supervising the students as they went through each of the stations. These included activities such as driving our robot, a teamwork exercise, a LEGO table with a zipline, and catapulting mini marshmallows down the hall. All of the activities were STEM related and were very popular among the kids (especially the marshmallow one). After the meeting was over, we helped clean up and eat leftover popcorn.

We had a great time at the FLL Jr. kickoff and we can’t wait to see the teams later in the season! 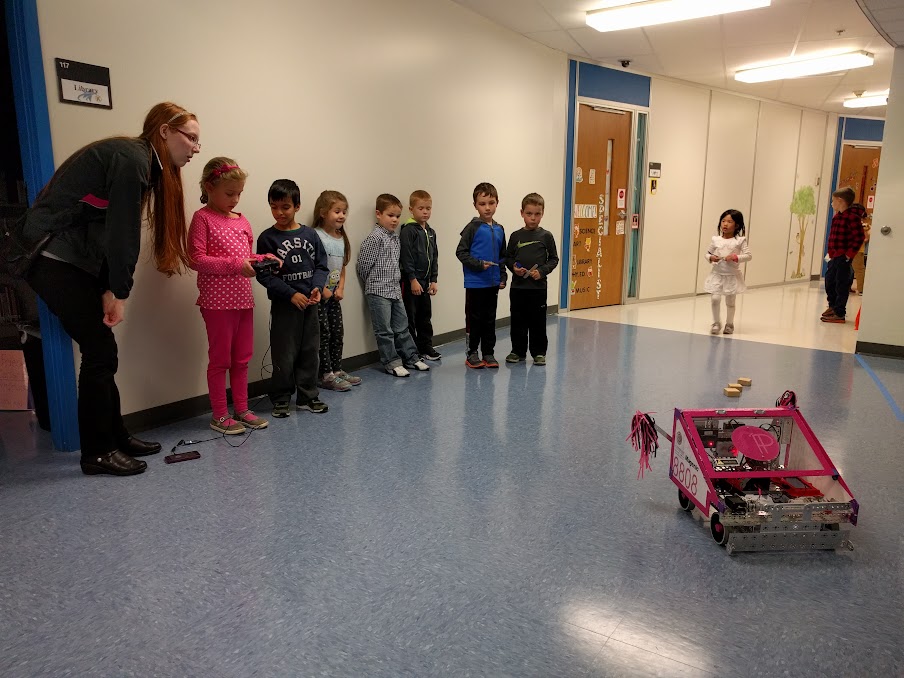 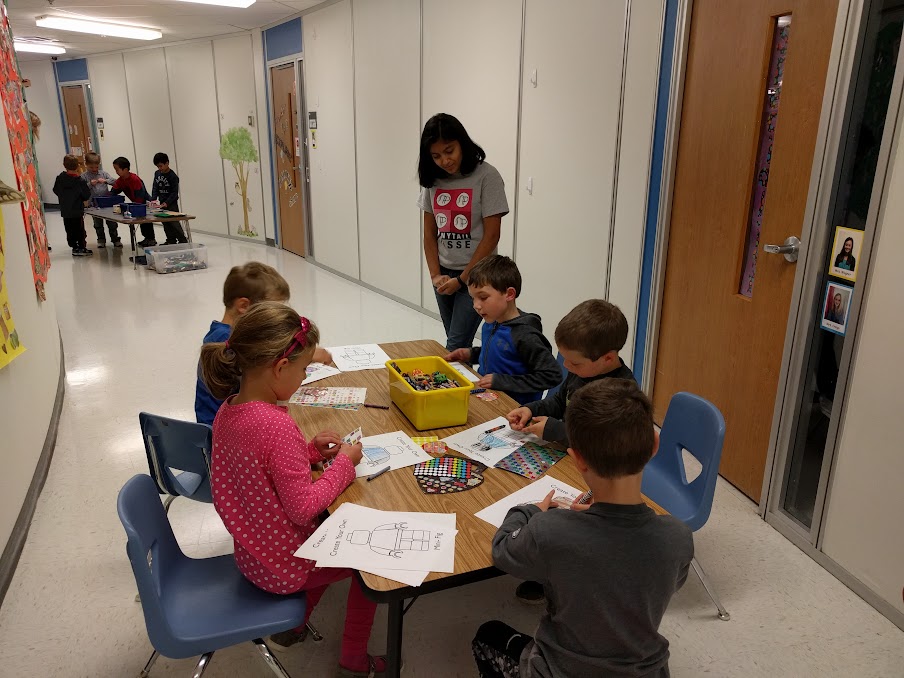