Another one of our new sponsors is Hypertherm, who we also offered a demo. Like the Braun Intertec demo, we arrived about an hour early to get the half-field set up. This time, it only took about half an hour to get everything ready. This resulted in some leftover time that an employee offered to fill by taking us on a full shop tour.

The first part of the tour was a show room with one of the full waterjet machines. He explained how the full system works, from pressurizing the water to focusing it through a tiny diamond to cut material. He also gave us a super cool gear-shaped Hypertherm logo, which was made with one of the machines.

He also took us through the rest of the warehouse to show us the full process. The location is mainly for assembly, so we were able to look inside the machines to see the details of how each one works. It was really cool to learn about what the company does and also meet some of its employees before the demo. 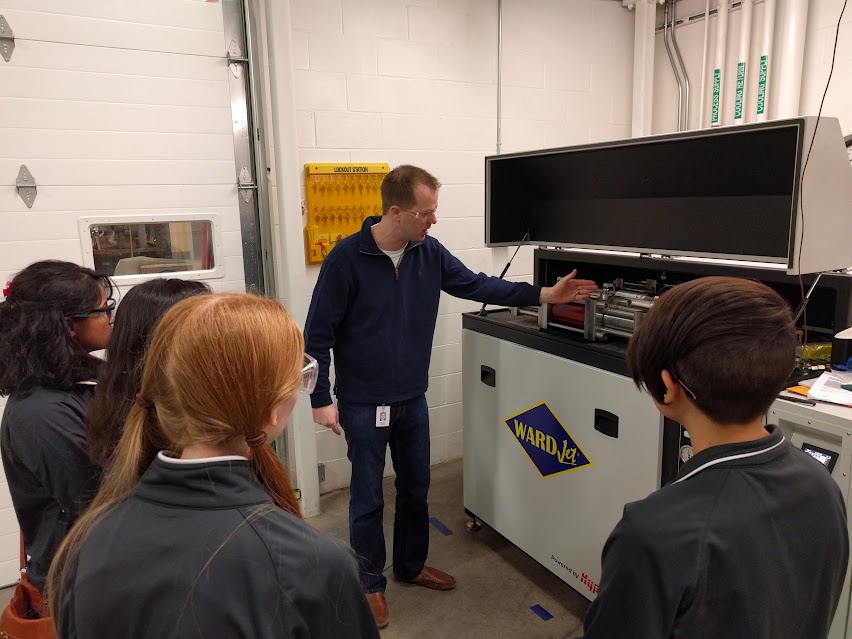 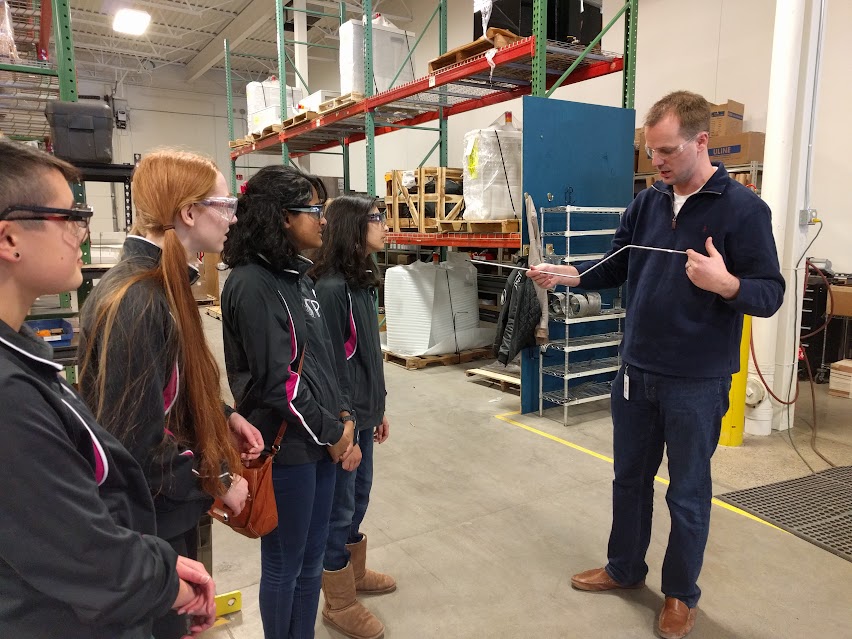 For the slide presentation, we used the same one from our Braun Intertec demo with some minor changes. We went through it smoothly and showed the RES-Q video at the end. Afterwards, several of the company’s key engineers came up and talked to us about our robot and scissor arm. A key piece of advice we got was to think about the scissor arm as pulling the robot up, instead of focusing too much on how it will expand. Someone also suggested for us to use the debris pusher to our advantage in driving up the mountain. Overall, it was a fun (and helpful) field trip and we’re excited to work with Hypertherm in the future. 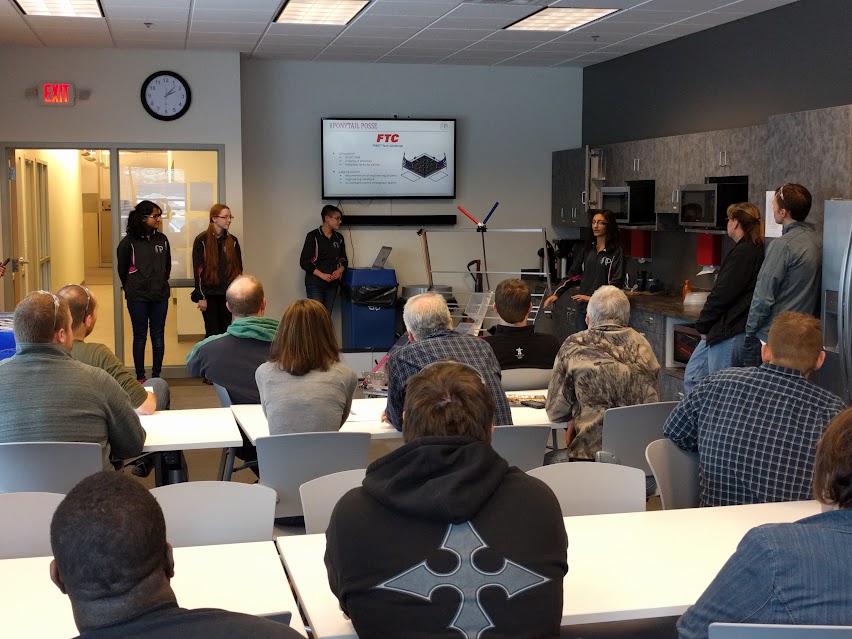 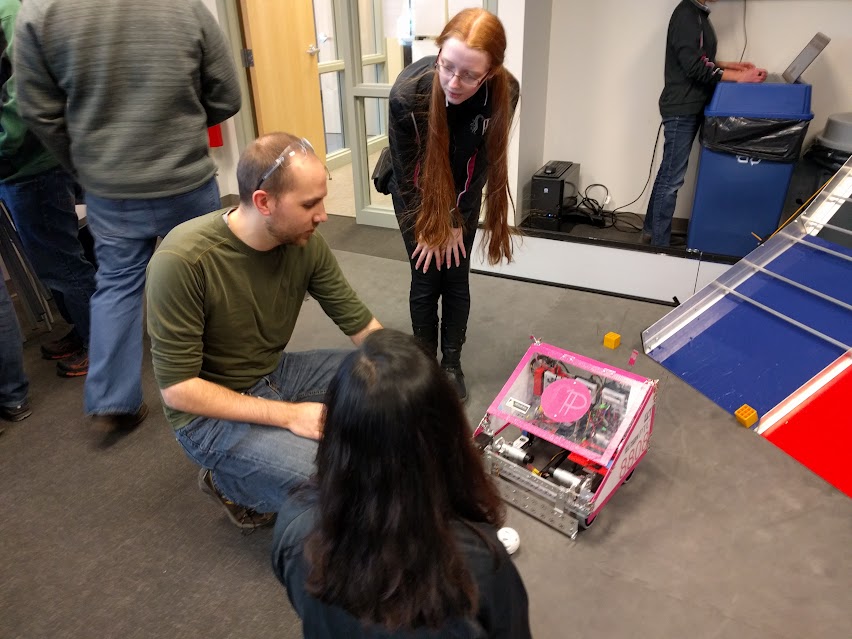 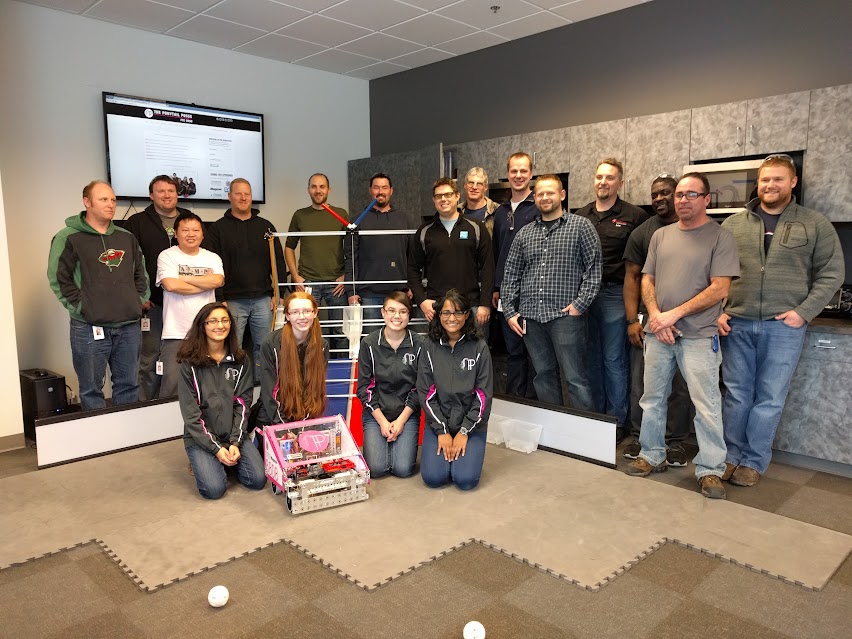