When we were informed that a Mounds View FLL Jr. demonstration expo was being held at the Shoreview library, we thought it was a great idea. We were eager to bring Stacy the robot and show the elementary schoolers what high school robotics looks like.

We arrived early and helped the event coordinator set up tables, banners, and activity stations. As soon as people started arriving, eyes started drifting in our direction; eventually, we convinced one of the nearby FLL Jr. students to come over and look. His eyes lit up when we showed him how the robot shoots wiffle balls and he eagerly took the controller to try for himself. After that, more and more kids showed up until there was a long line of young robot enthusiasts who cheered every time a ball was launched. 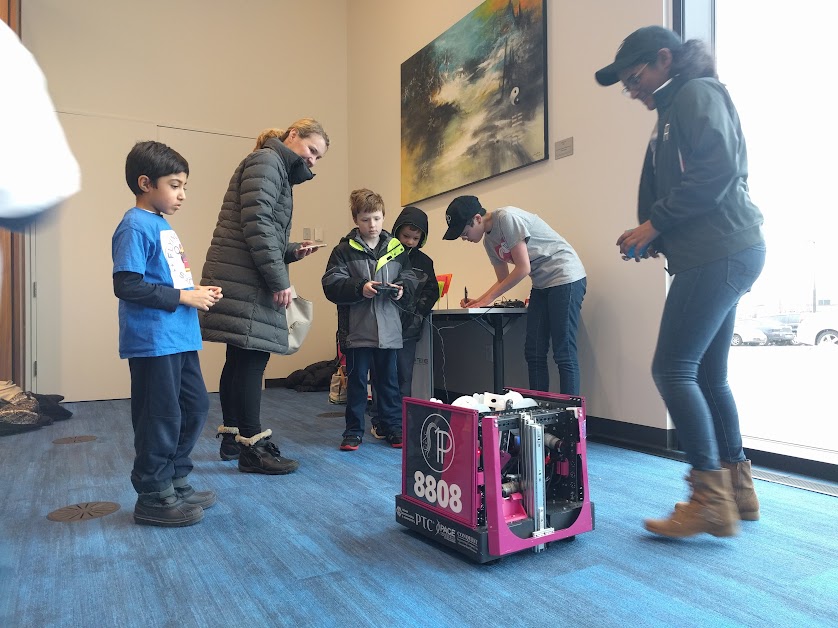 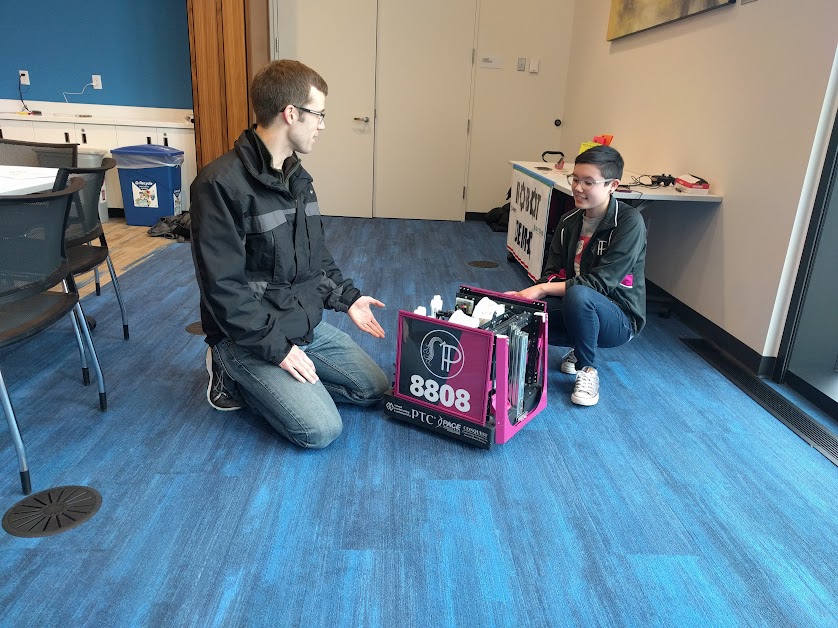 We hadn’t demoed with this robot in a while, so it was fun to see how excited they were about the shooting balls. Once everyone had taken at least one turn with the controller, it turned into a game. One student would shoot the ball and the other would catch it, all while Nancy and I stood off to the side grinning from their infectious enthusiasm. It was a very fun demo and we were happy to have the chance to introduce the next generation of Mounds View robotics students to high school FIRST.