Magenic is a tech consulting company that has been supporting us since we were in LEGO League. Every year, we visit their offices to do a demonstration and show what we’ve been working on with their help. But we wanted to try something different this year: instead of just presenting our own team, we brought along an FLL and FLL Jr. team (The Dots and The LEGO Shark-Phins). By bringing these three teams, we had three out of four levels of FIRST represented, which has never happened at Magenic before.

Since we were bringing components from our Velocity Vortex field as well as the table and game pieces for FLL, there was a lot to carry. Luckily, we had several members from each team to split the work. We unpacked pretty quickly and set up the room so that the natural progression of visitors would be FLL Jr., FLL, and then FTC. It ended up working really well and it was very nice to have a visual of each program for the Magenic employees. 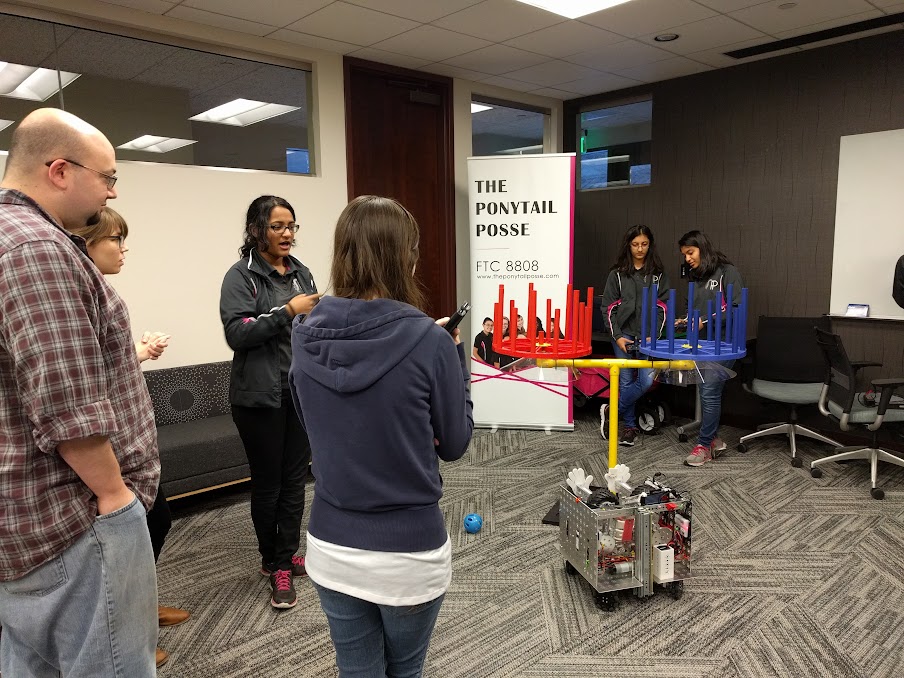 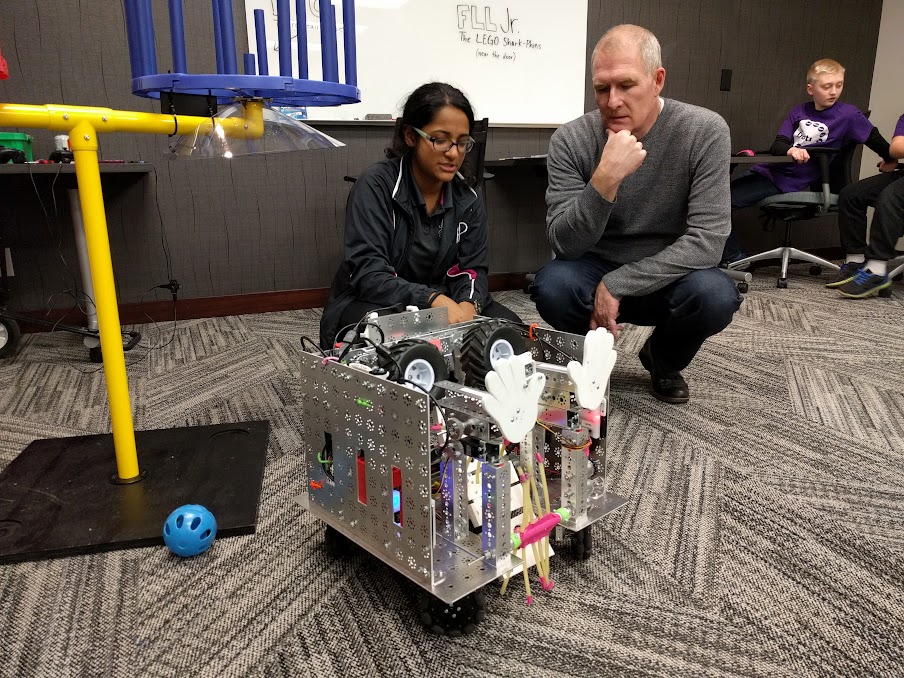 There were several people who brought their kids along to see the robots. All of them made great robot drivers and were able to score at least one wiffle ball into the center vortex, which made for an exciting demo. We had the opportunity to introduce a lot of Magenic employees and their families to FIRST programs. It was an especially fun time when the seemingly endless flavors of pizza started arriving and filling counter space on one side of the room – visitors were able to have “lunch with robots” and watch robots run as they ate. 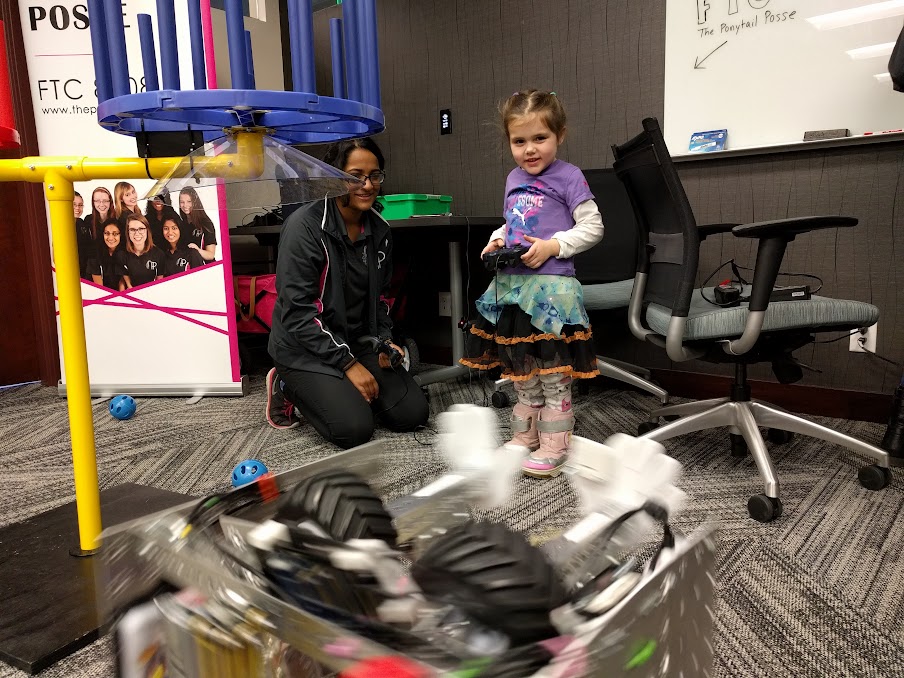 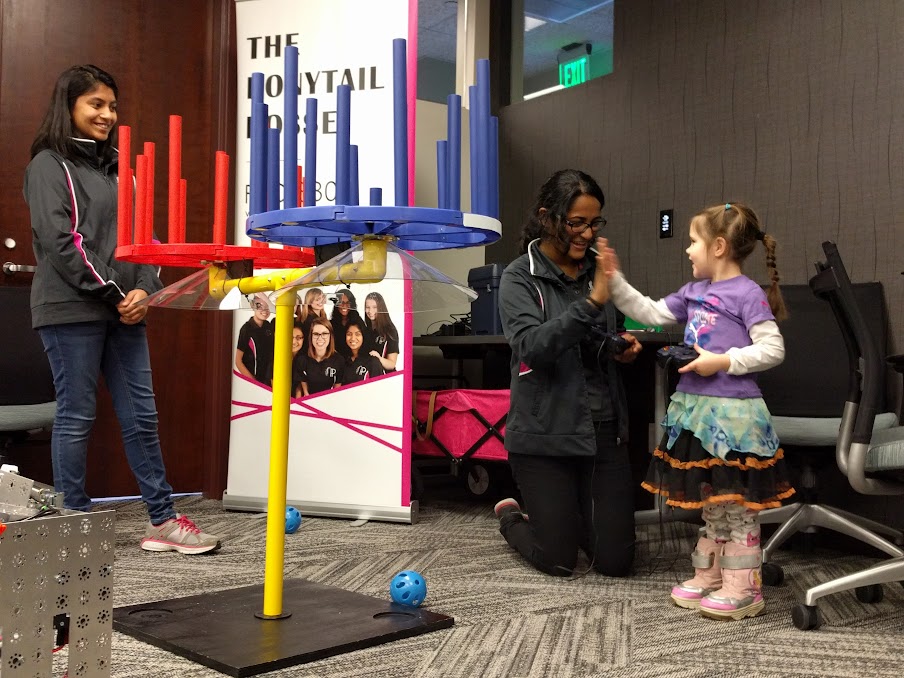 After visitor traffic slowed and it was almost time to leave, we decided to have an impromptu dance party. Since this will be The Dots’ first year at the state tournament, we thought it extremely important that they learn the dances for the annual FLL State party. We taught them how to dance Cotton Eye Joe (although we aren’t terribly good at it ourselves) and walked them through the Cha Cha Slide, which was a great way to exercise after eating so much pizza.

Overall, we had a great experience introducing our younger sibling teams to Magenic and showing the company what we’ve been up to so far this season. We are very grateful for their continued support! 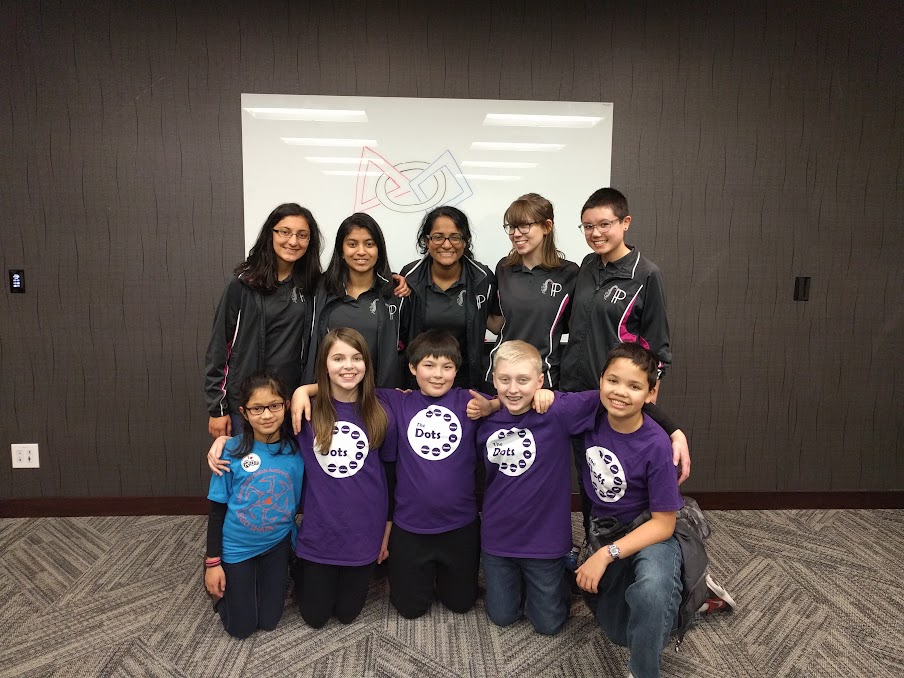