We were so excited to get to Magenic Robot Day that we dealt with every obstacle delaying our arrival, which just so happened to include a car stuck on an icy road! However, it was after we arrived that the real fun began.

Employees of Magenic and their kids came to learn all about FIRST. The Dots, a LEGO League team, told them all about FLL and about this year’s challenge, Hydrodynamics. Then they came to watch us show off what our robot can do. So, we set up the field elements from this year and began to do the tasks that we do for this year’s challenge, Relic Recovery. After watching us drive the robot we were able to entice a few to give it a try themselves. Those who braved the challenge were lucky enough to get their own robot driver’s license! 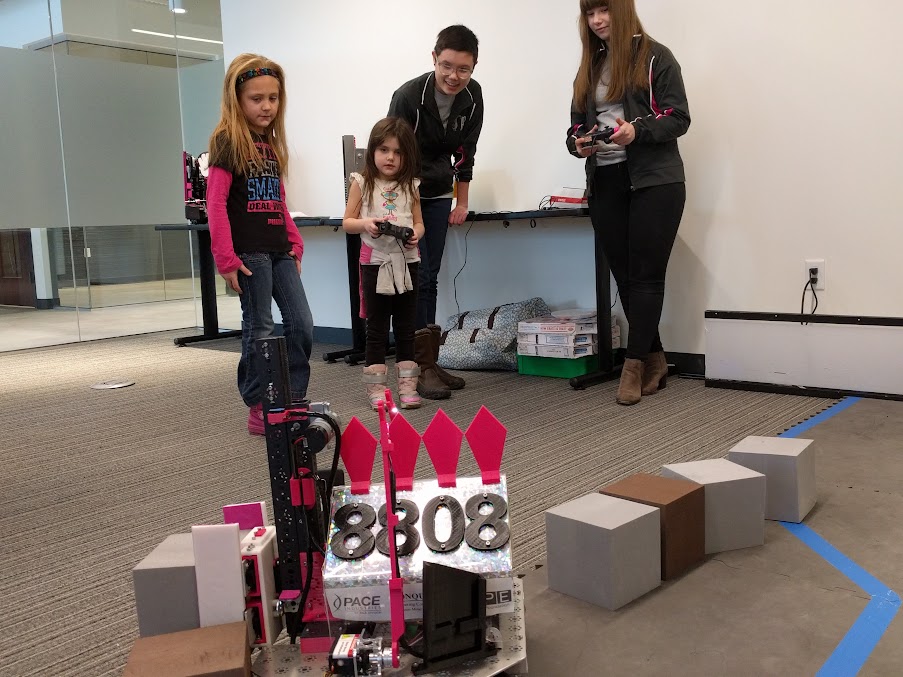 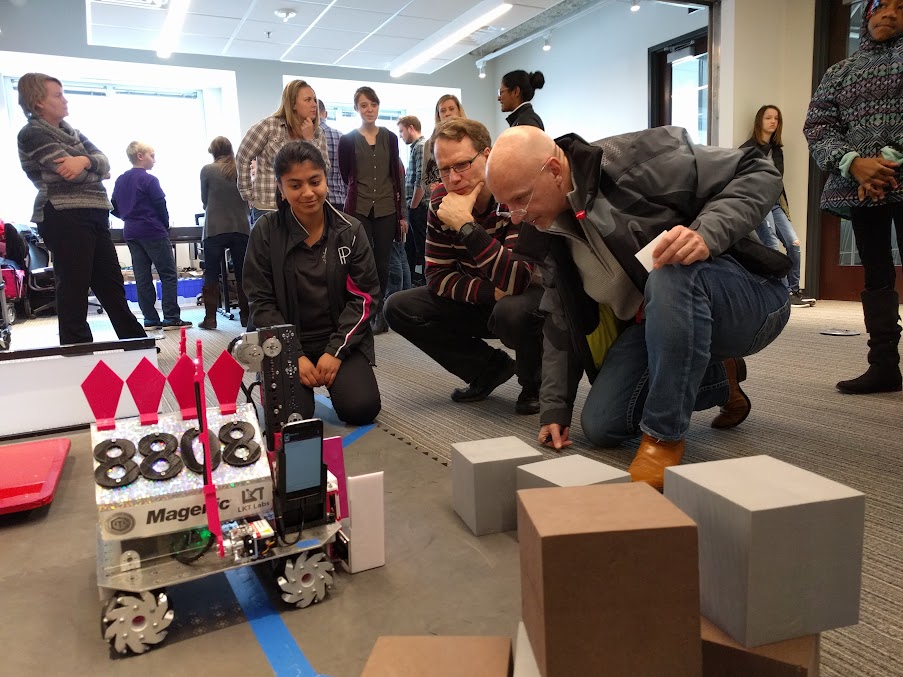 We also told them all about the program and how to get involved. Many were interested when we told them that our state tournament was coming up on February 9th and 10th and that they could come watch, or even volunteer. We explained all the ways that they could volunteer at tournaments, such as becoming a judge or referee.

We hope to see many Magenic employees at future FLL and FTC tournaments!