A couple weeks before our first qualifier, we were invited to a meeting with the Coding Queens, a rookie FLL team from the elementary school we attended. During the meeting, we mock judged in all three categories (project, robot, and core values).

Their skit/presentation about recycling dental products was well organized and informative. Since we haven’t visited many other FLL teams yet this season, it was interesting to hear about their research and how they chose the topic. We advised them to share their idea with people they know before their tournament, since judges love to hear about teams contacting professionals to get feedback on their solution. 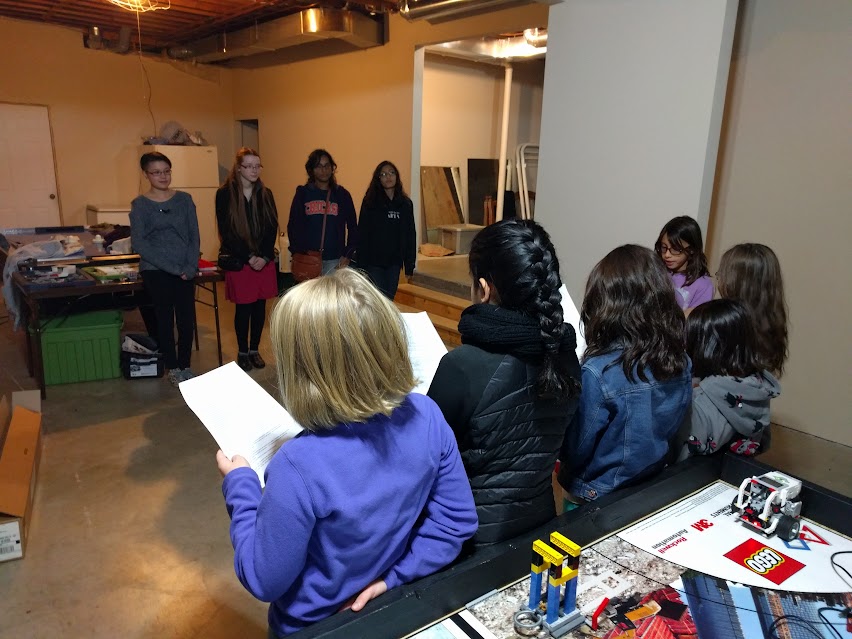 Next came technical judging. They ran and explained each of their missions to us while we acted as judges. We gave them advice to emphasize the engineering process in each of their attachments (to show old attachments and explain why they didn’t work). A couple of us also took a look at their EV3 programming, where we advised them to use comments for organization and to help the judges. 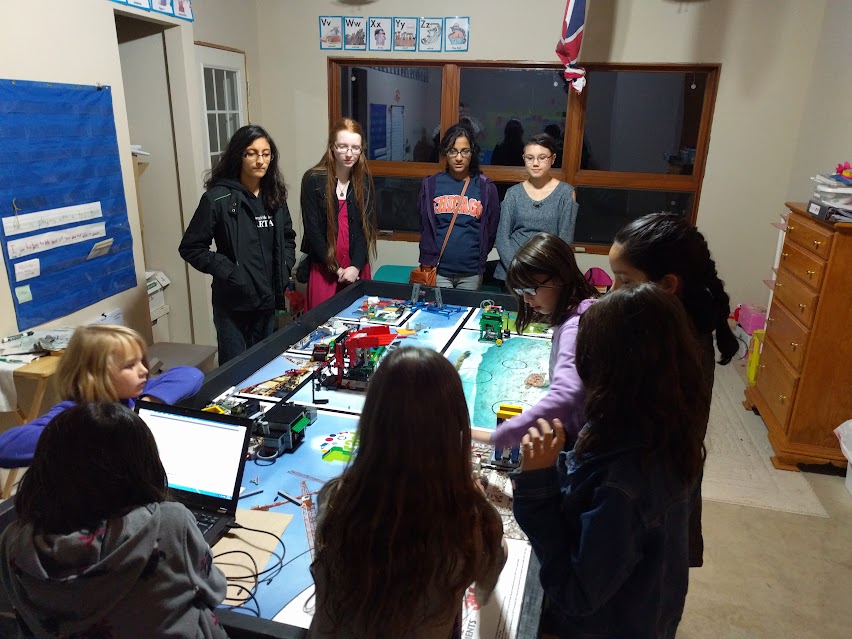 Lastly, we ran the Coding Queens through a Core Values exercise. We split them into two equal teams and gave one a bunch of LEGO pieces. The other team received a randomly built LEGO model, created with pieces identical to the other team’s. The team with the model had to communicate to the other team how to build it, all without either team looking at each other. It was very fun to see the Coding Queens work together and try to describe the model to the other group. In the end, the structure they built was pretty close to the original, and they learned an important lesson in slowing down and patience when communicating with their teammates.

After the exercise, we had a brief Core Values judging session in which we asked them about team conflicts, organization, and core values like Gracious Professionalism and Coopertition. Before leaving, we had the four Posse members do the same exercise as the Coding Queens. Despite some communication mix-ups and a whole lot of laughter, we were somewhat successful (even if some pieces were backwards!). It was a lot of fun to mentor the Coding Queens and we wish them the best of luck at their regional tournament! 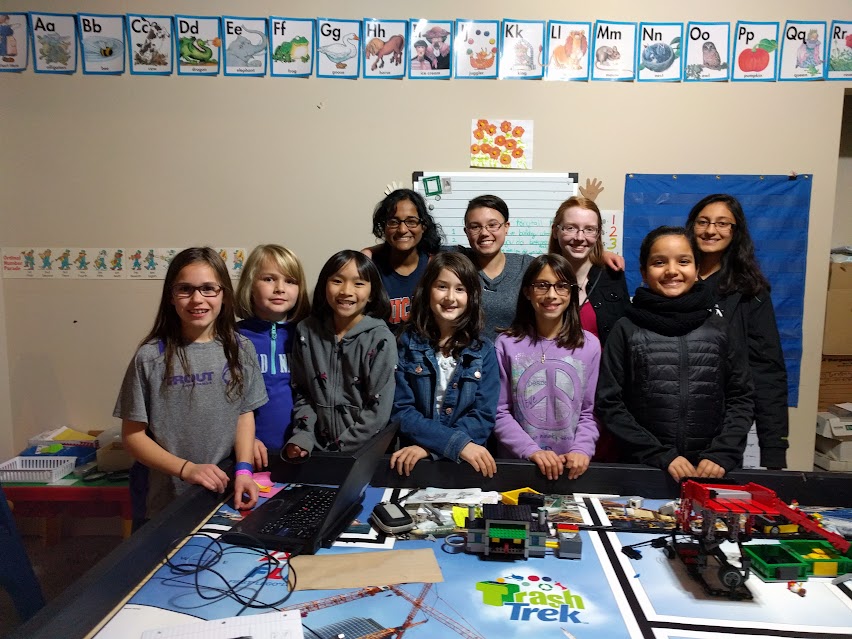