A fellow FTC team, the Motorbolts, have been mentoring a second-year FLL team called the Motorbits since last year. This year, after hearing about their team, we offered to visit them for a full mock-judging session.

The first session we went through was technical judging. In between asking them typical judges’ questions, we gave them advice on how to make their robot more consistent. The Motorbits showed us their runs and one really cool attachment that was inspired by one of the field models. It was interesting to see the difference in their robot (since they had been mentored by an FTC team), as well as the strategic way they decided which missions to tackle. 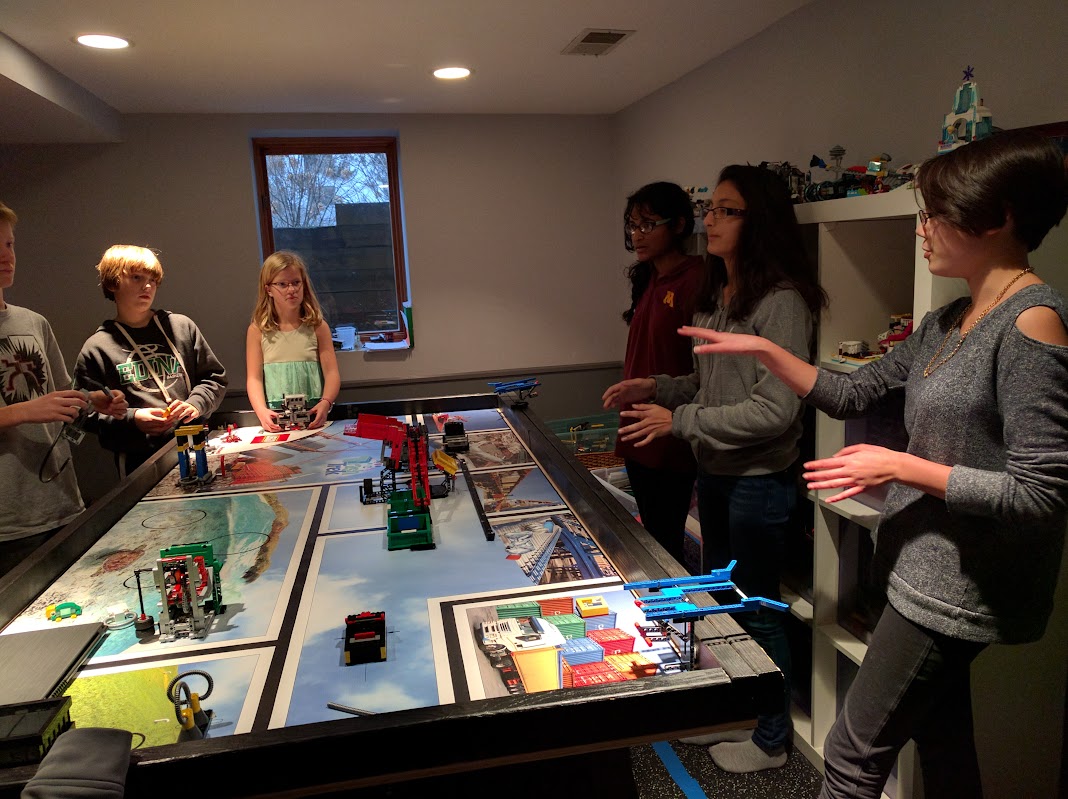 Next was project judging. The team’s research was centered around the massive amounts of damage to animals and the environment caused by plastic grocery bags. Their proposed solution is an app that reminds the user to bring a reusable fabric bag whenever they visit a store, as well as simply spreading the word about the consequences of using plastic bags. They had great research, ranging from online surveys and interviews to visits to various companies. We were excited about their thorough research and predicted that they would do well with their project in the competition. 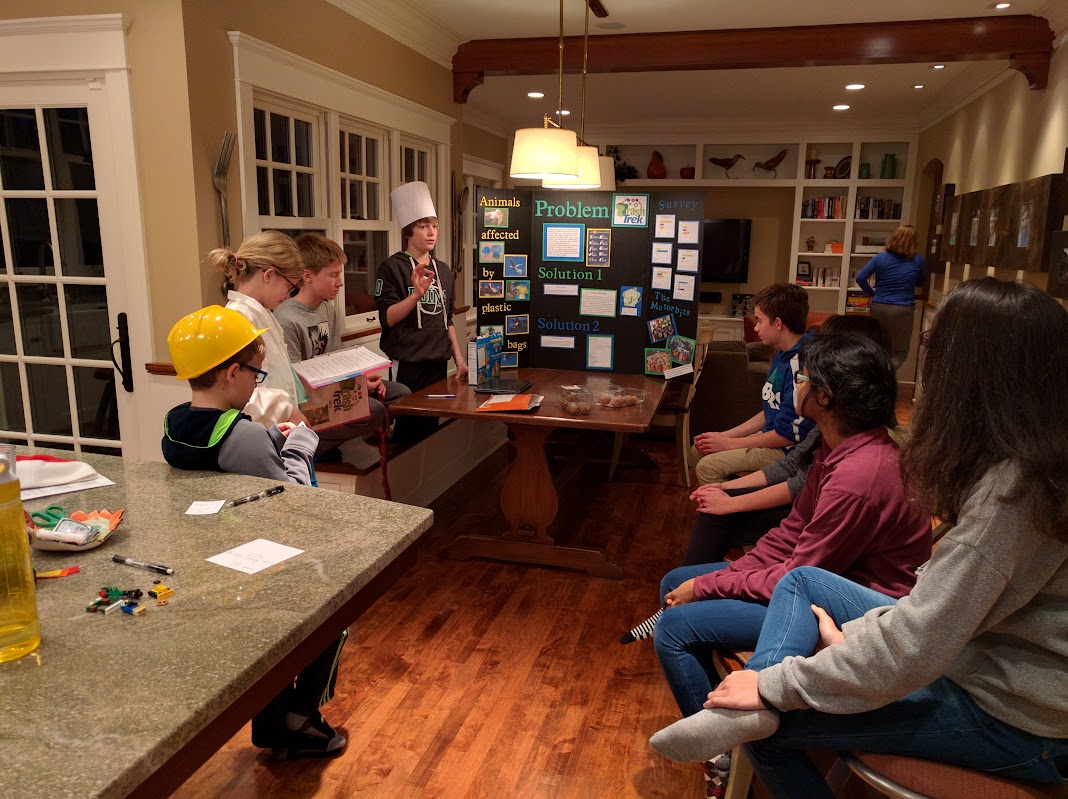 Because we ran out of time, we gave them a few brief questions about core values. We made sure the team members knew the importance of Gracious Professionalism and Coopertition. It was a lot of fun to meet the team and we’re looking forward to seeing how they’ll do at the tournament.

UPDATE: The next day, we were very excited to hear that the Motorbits won an award for their research project and are advancing to sectionals. Go Motorbits!