The Screaming LEGO People, a third-year FLL team in our neighborhood, asked us to visit their meeting for a mock judging session a week before their first competition of the season. We have known them since they first began and it’s been a lot of fun to see them grow into the team they are today. Since we hadn’t seen them yet this season, we were looking forward to seeing what they had accomplished.

First was their research project presentation. During a skit in which students took a tour around a school, they described their three-step plan on how schools and businesses could recycle paper towels. Their idea is for each building to have a garden where used paper towels could be turned into compost. They shared this plan with some of the school principals in our district and a few said they would implement it if they had the resources, which was very impressive to us. We spent the 10 minutes of question time learning more about the team’s sources and gained an in-depth understanding of their problem and solution.

After project was technical judging. The team explained each of their runs, which all together could score a high number of points. They also showed us a few attachments they built which they never ended up using. Overall, their robot was good and we are looking forward to seeing how it performs on the day of their competition. 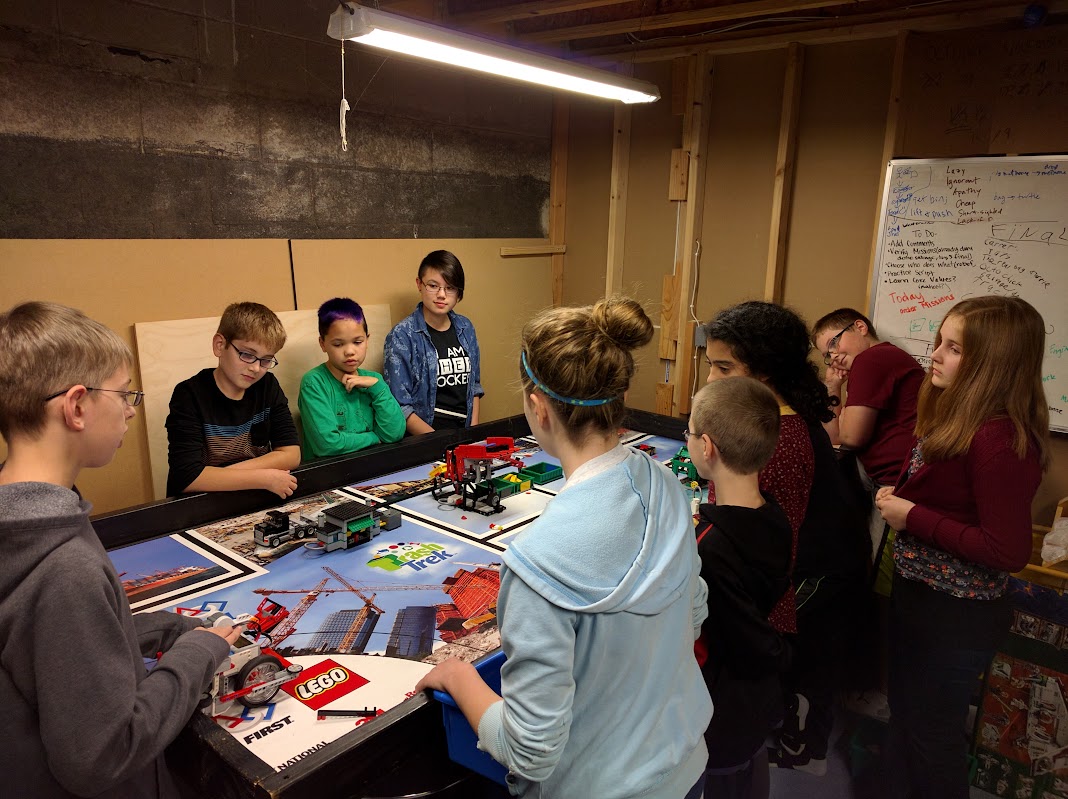 The last judging session was core values. While the exercise was being prepared, we asked the team questions about their team organization and how participating in FLL helped them outside of the program. While doing the core values exercise, they used good communication and took turns. They completed the exercise quickly and were very successful in their teamwork skills.

It was a lot of fun mentoring the Screaming LEGO People and we hope they advance to sectionals so they can continue expanding on their project and improving their robot!

UPDATE: We were excited to find out that the Screaming LEGO People earned an award for core values, finished 2nd in robot performance, and 2nd in head-to-head. Not only that, but they are advancing to sectionals in January! Go team!