One of our team members, Meghan, has a brother on a rookie FTC team called the Titanium Allies. This season, we have been helping them learn the basics of FTC. They asked us to come in for a final mock judging session the day before their second qualifier.

The majority of the meeting was spent with the team giving their five-ish minute long presentation to us. We gave them pointers based on our past judging experiences, as well as general advice on presenting and talking to judges. As they explained their robot, we got to learn all about their different subsystems and the processes they went through to create them. It was interesting to hear a detailed explanation of how another team accomplished the season’s tasks.

It was nice to see the Titanium Allies again and we wish them luck at their tournament! 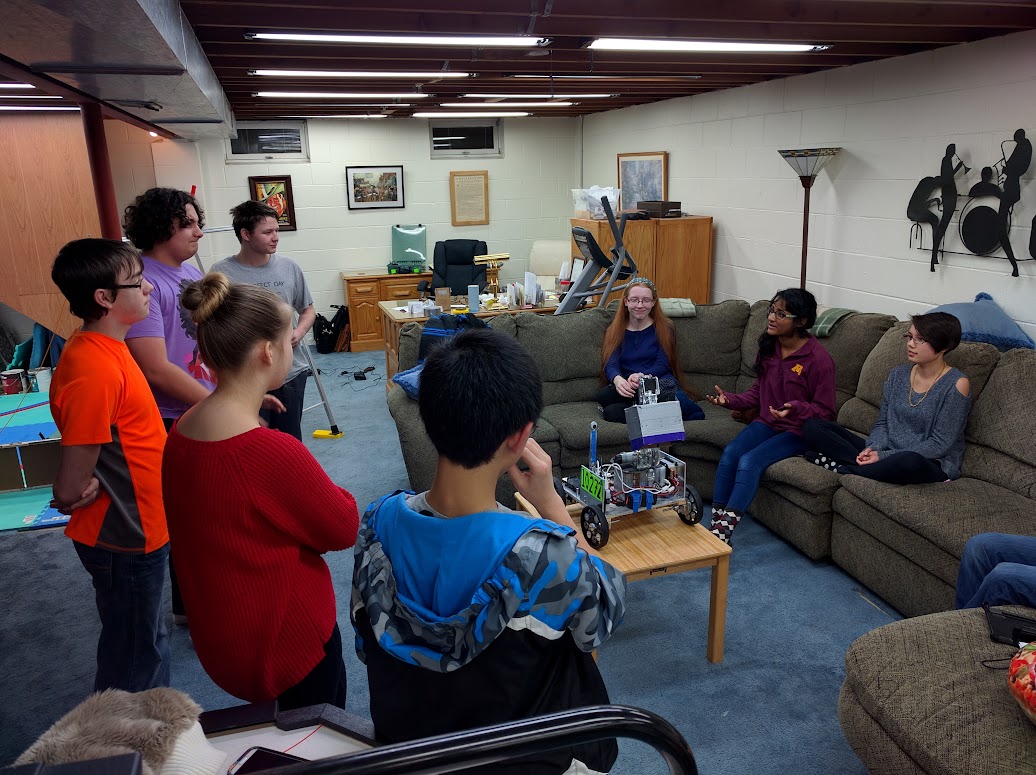