We recently demoed at one of our sponsors, Pace Industries. We were very excited to show them what FIRST was all about. So, we brought the Velocity Vortex field and showed them the game. 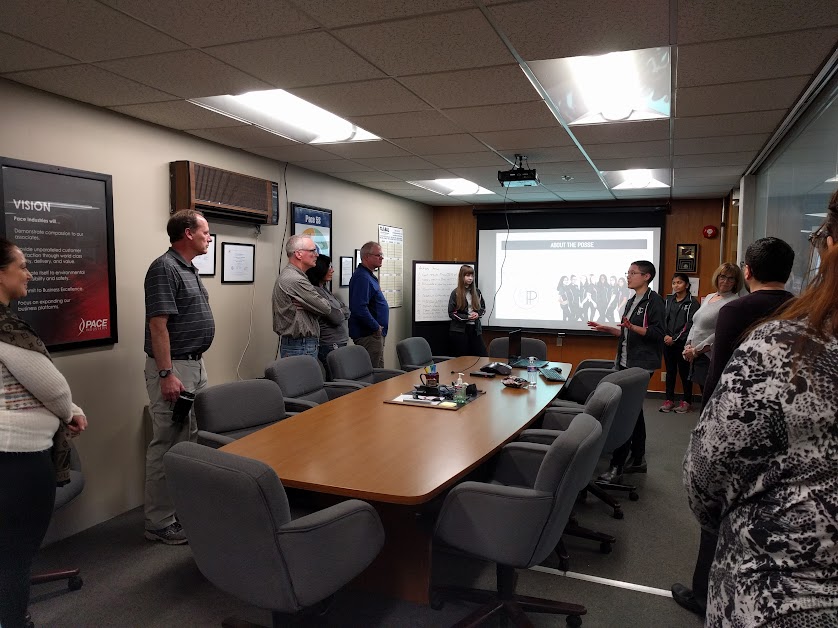 We started by showing them the video that explained the game. Then we took them out to where the field had been set up and we drove Stacy around while answering questions. We offered to let them drive Stacy and try to score a particle in exchange for an official robot drivers license. However, there was only one person brave enough to take on this task. After a couple attempts, he scored a particle! Now he is officially a licensed robot driver! 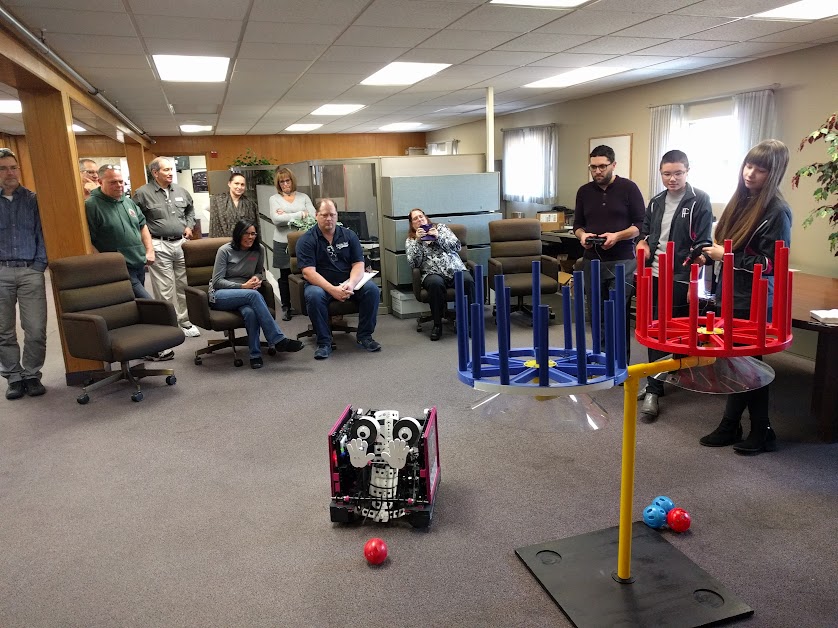 We wouldn’t be where we are now without Pace Industries as they have been a long time supporter of our team. They’ve been our sponsor since our first year in FTC. They were also the first company to donate to The Ponytail Posse Foundation. Their support has impacted all of our lives in indescribable ways.

Thank you to Pace Industries for their continued support.