Promet Optics, a small optical engineering company in our area, has been supporting us for the last three years. They have given us monetary donations, sent of few of their engineers to both our design review sessions this season, and even have had Posse member Sabriyah as an intern at their office over the summer.

At this demo, we showed the engineers at Promet the Relic Recovery video and explained to them how the game works. Many of them were intimidated by the number of rules that we follow during a game, but were at the same time very impressed with the work we had done in our season thus far. The engineers that had visited our design review session in December had asked us about the changes we had made based on their suggestions. These changes included moving to a herringbone rack and pinion system, and changing the motor mounting system so that the motor doesn’t tilt downwards.

We then showed a few engineers how to drive Stacy, which helped them understand the difficulties of communication between the two drivers. We ended our demo with telling them the progress that we’ve made with the Ponytail Posse Foundation, which they had donated too earlier this season. They will continue supporting robotics in their community by becoming a sponsor of the Dots, a local FLL team. 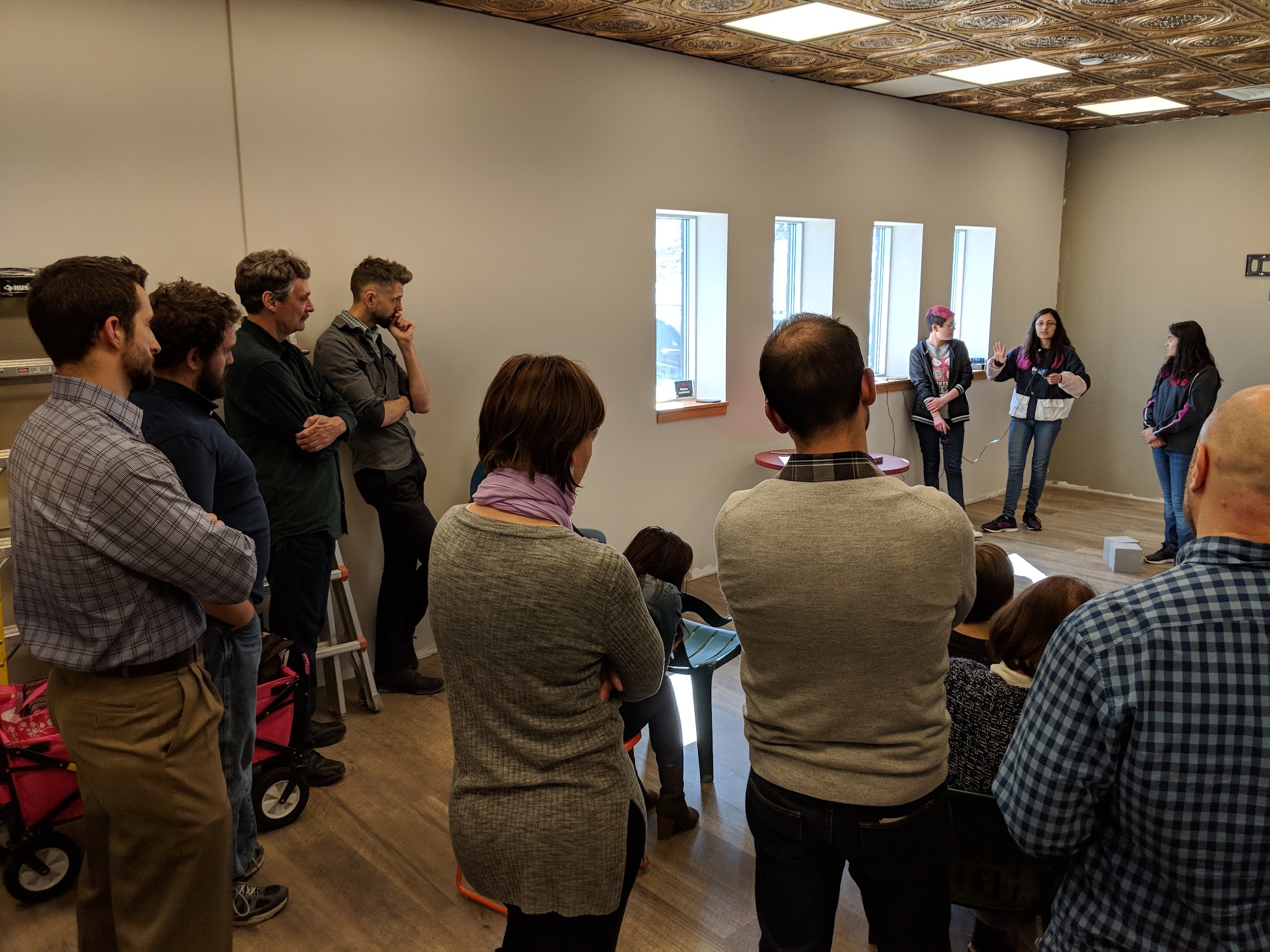