On the cold winter morning of January 16th, 2016, we drove down to Eden Prairie for our second qualifying tournament of the season. The night before had been pretty relaxed, most of it spent tying up loose ends with the Engineering Notebook and packing up for the car ride. We were looking forward to talking with volunteers and meeting the other teams (because we only a knew a couple that were at the tournament). Since we already qualified for State at the Eagan tournament, we wanted to spend the day focused on enjoying ourselves rather than stressing out about the robot.

Once we arrived, we got busy setting up our tri-fold and putting up the banner. We had a little time to meet other teams and then we went straight to our first task. 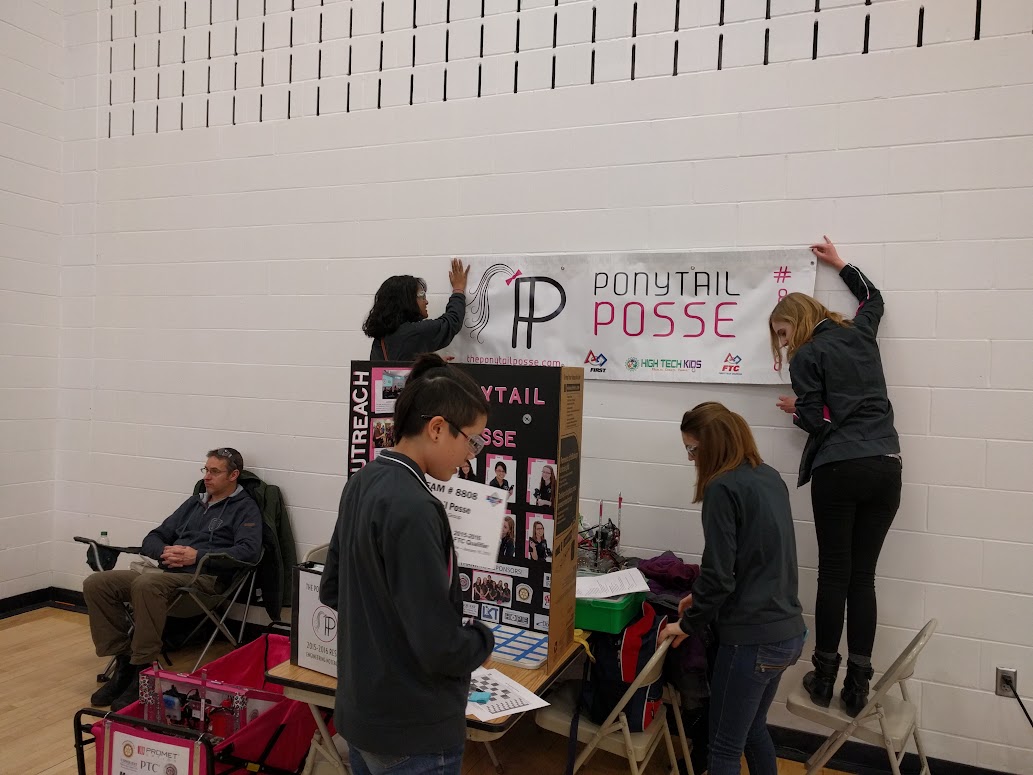 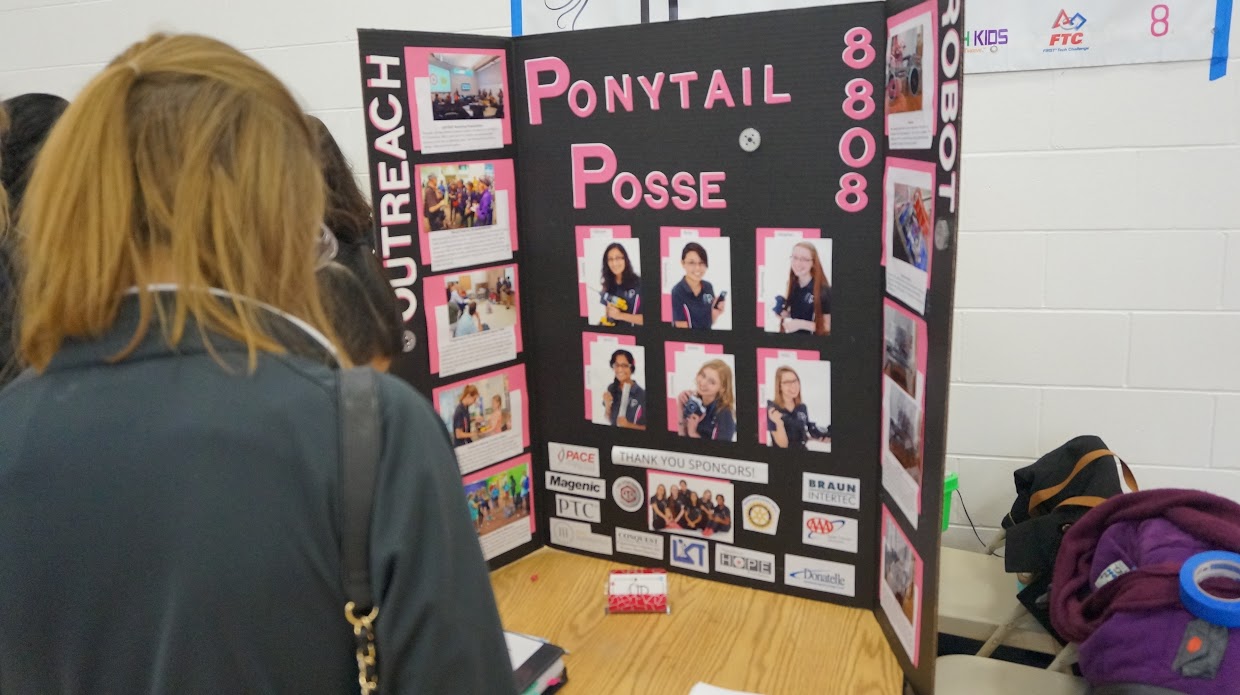 The first item on our schedule was Field Inspection, where we did a quick test run on a field to make sure all the connections were working. It went well and we were happy to find a couple friends from other teams volunteering where we would be doing the robot runs. 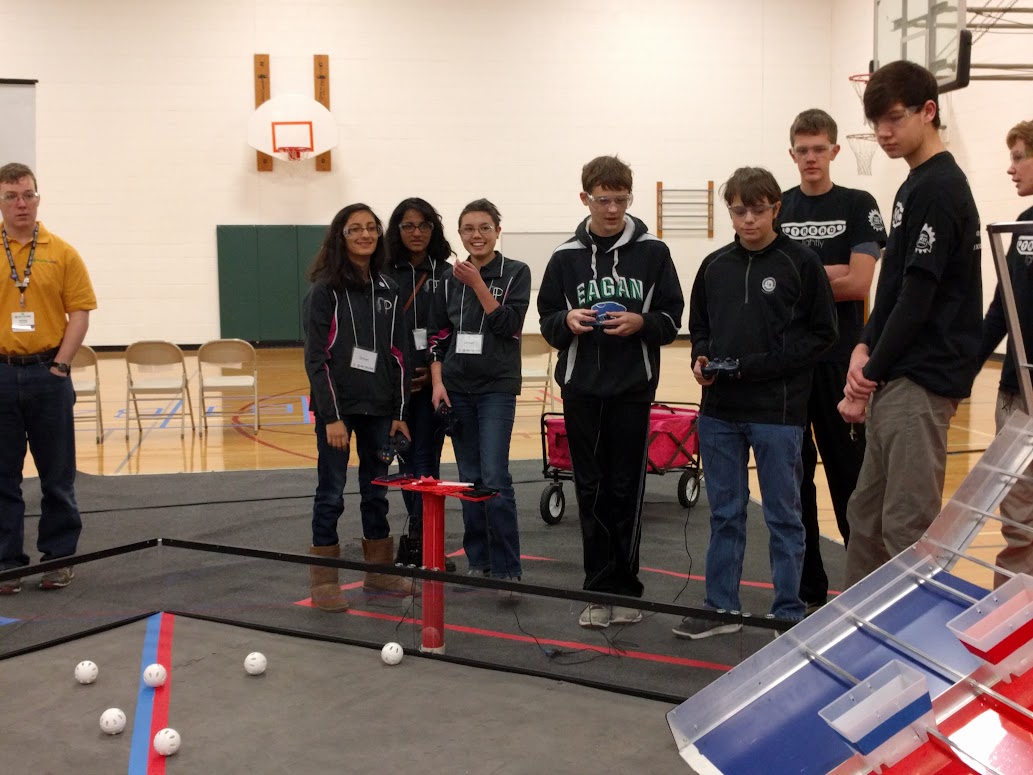 After that, we spent some time sitting in a circle practicing our judging presentation before it was time for the Team Interview. We thought it went pretty well overall – we had gotten through everything we had to say and the judges seemed pleased with the work we had put into our scissor lift and Engineering Notebook. 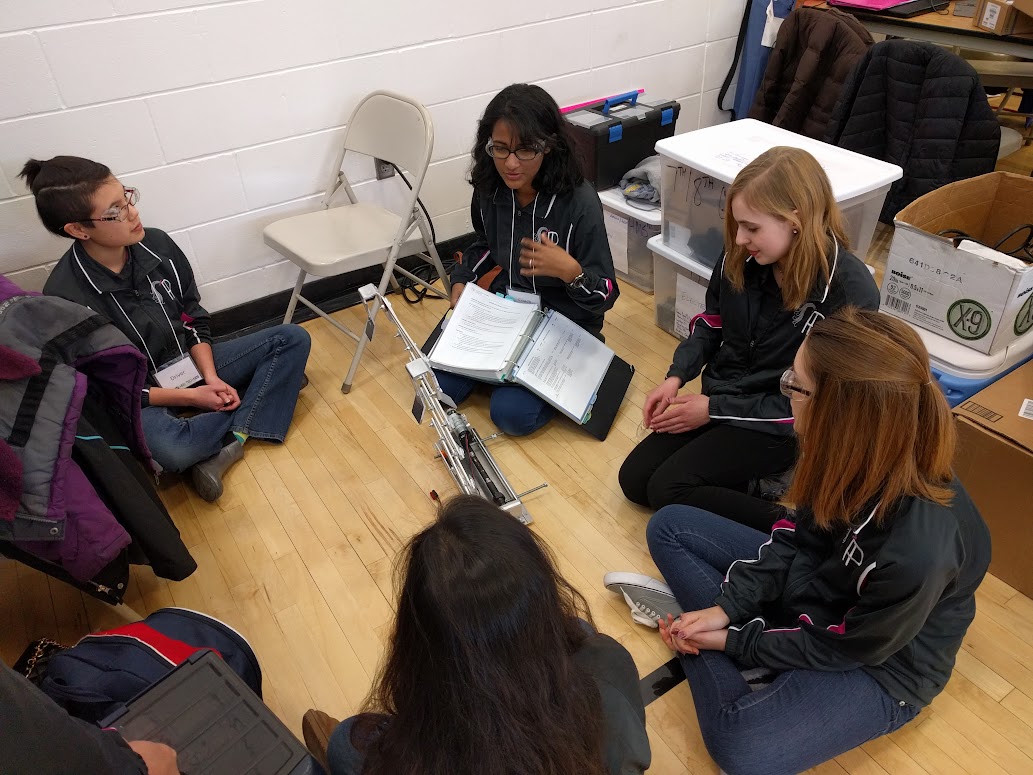 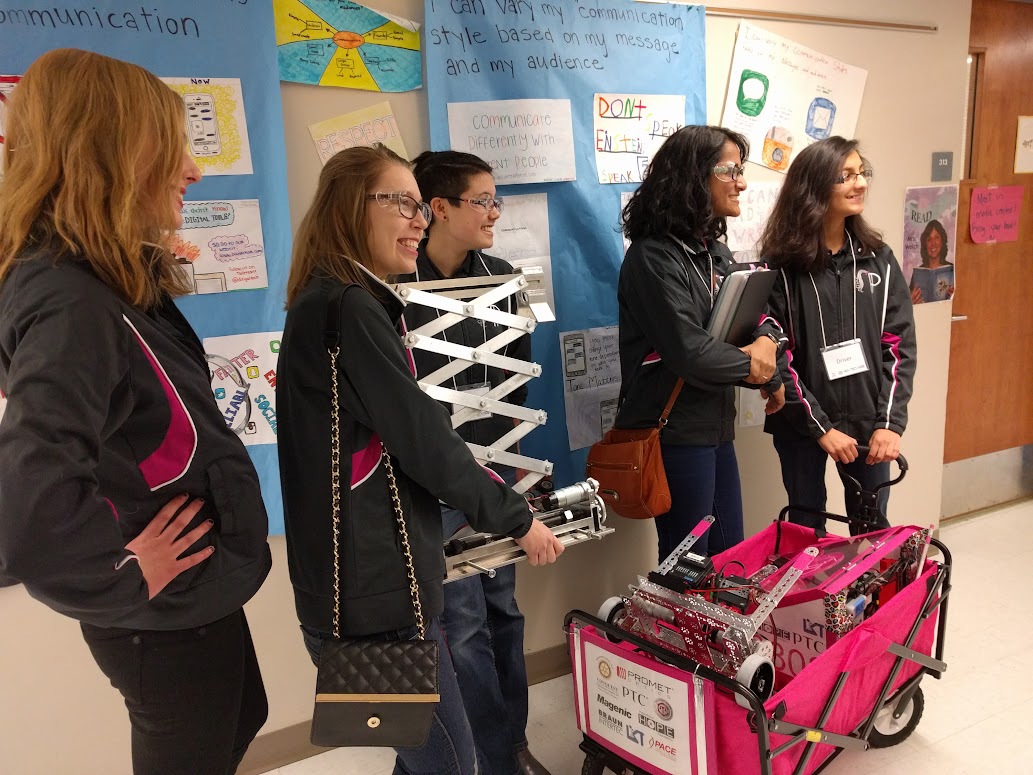 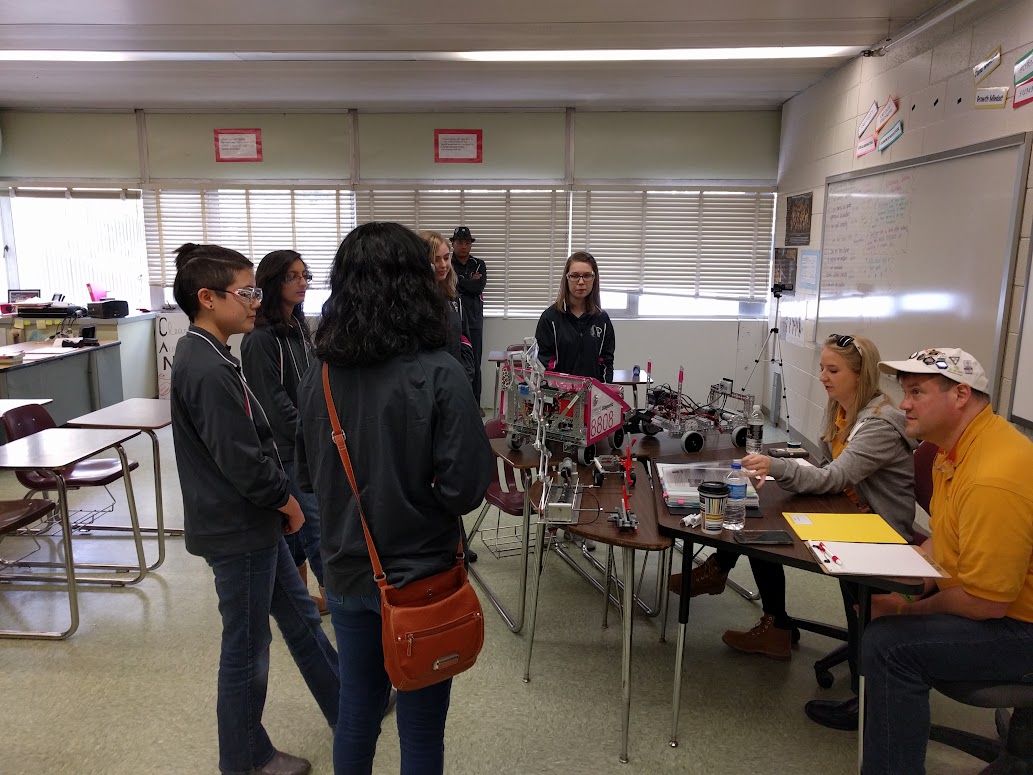 Third on the list was Robot Inspection, where we decorated Stacy (our robot) with “power switch” and “init. warning” stickers, as well as making sure she fit into the 18″ x 18″ x 18″ box. Then came a quick practice round and, finally, the qualification matches began. 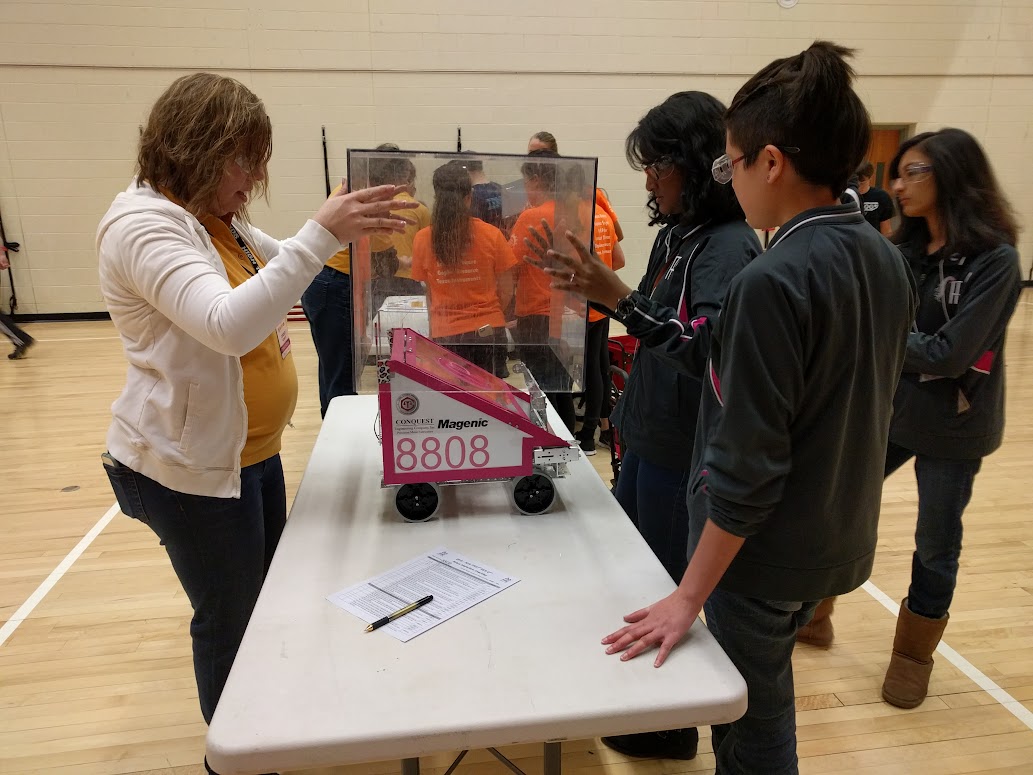 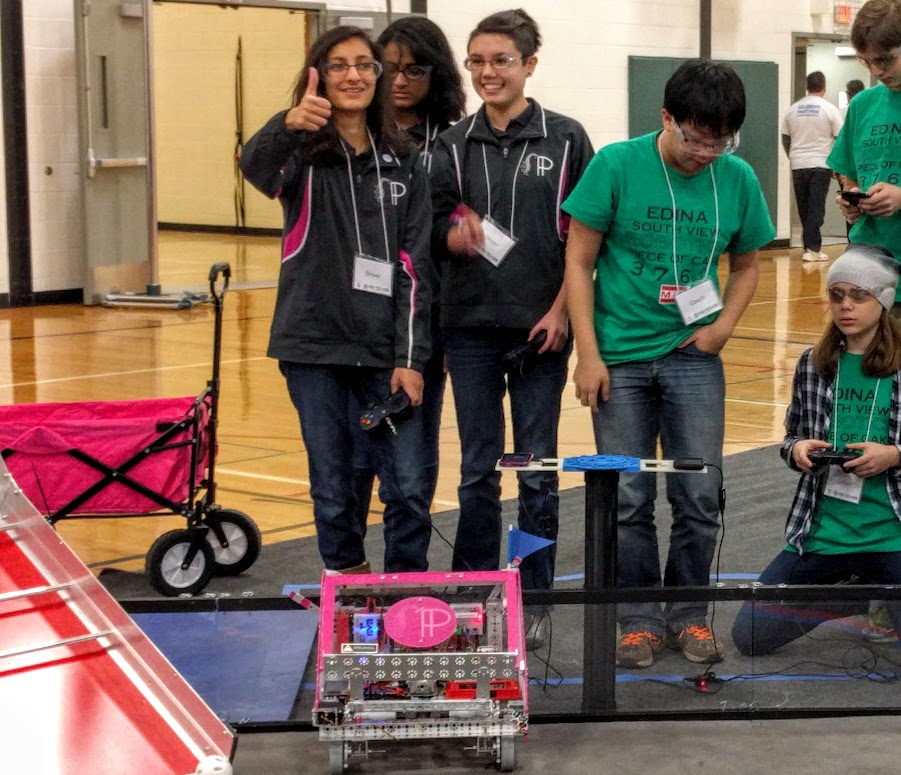 Every team has 5 matches before the elimination rounds to determine the tournament winner. The majority of our matches went pretty well and we had fun working together and strategizing with other teams. Similar to our first competition, we lost the robot phone/driver phone connection a few times mid-match. However, unlike the Eagan tournament, we quickly figured out how to solve the problem and were usually able to get Stacy back up and running before the end of the match. 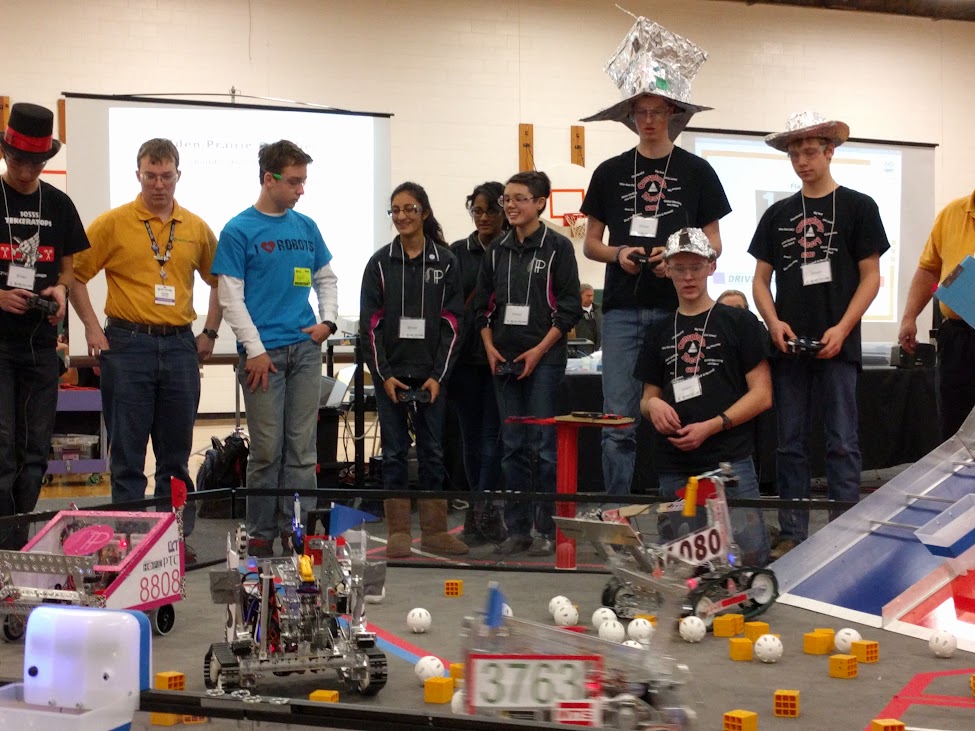 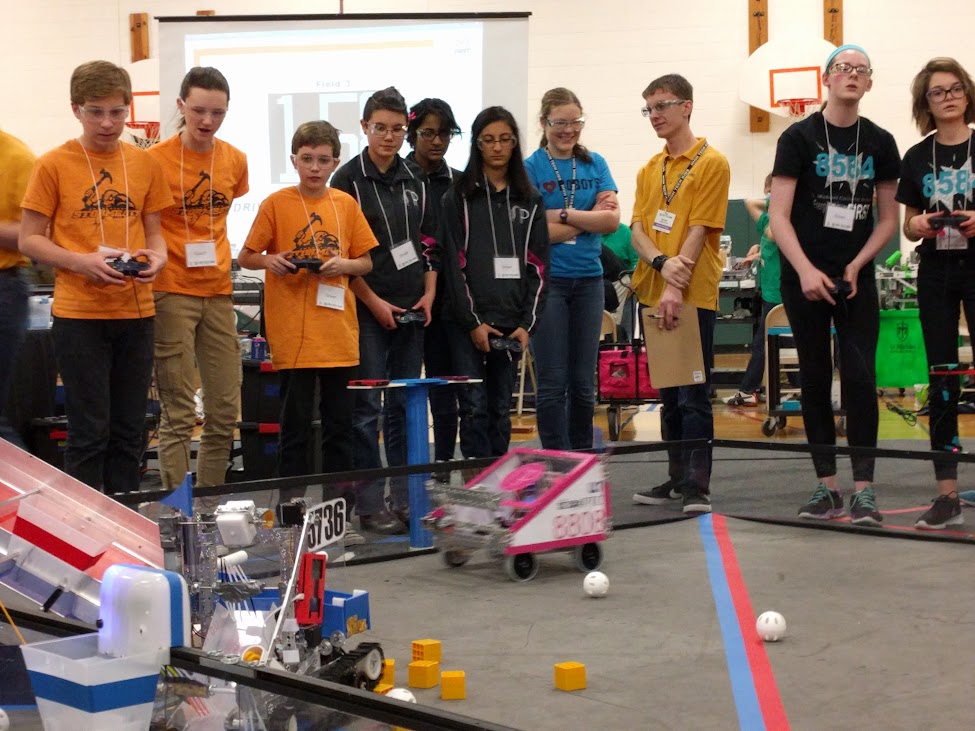 During lunch, we had the opportunity to talk with several judges in between pizza and sandwiches. Amy ordered delivery Chinese food which she happily ate throughout the rest of the day. 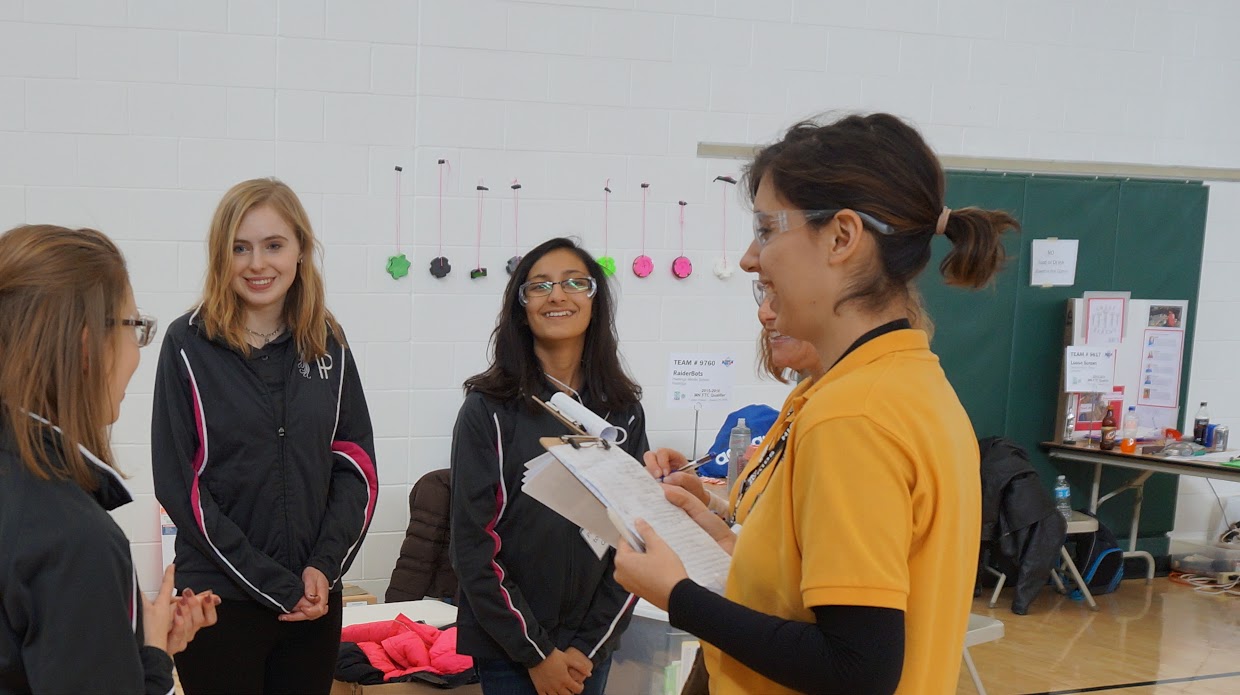 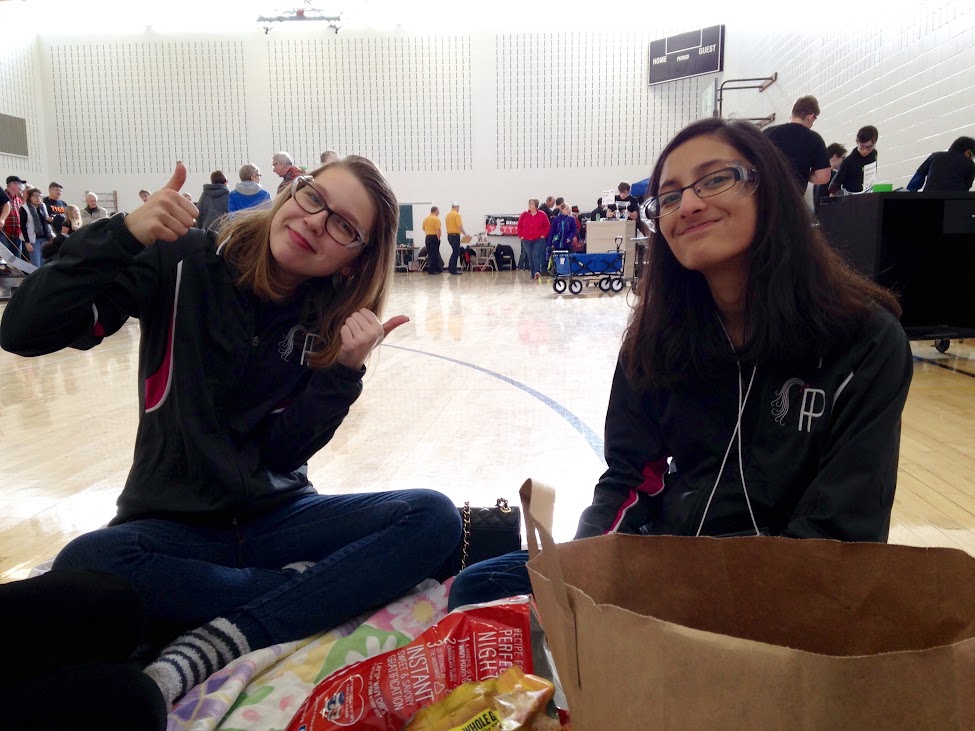 We stayed consistently in the upper half of rankings throughout the qualification matches. Then after lunch was alliance selection, in which the top 4 teams become “alliance captains” and choose two other teams to join them to battle through the elimination matches. We and the Tekceratops were invited to join the Quantum Mechanics‘ alliance during these rounds. Our alliance ended up in 3rd place – a ranking that we were perfectly okay with, considering how much fun we had with the other teams.

Then came the traditional FTC dance party, featuring the YMCA. 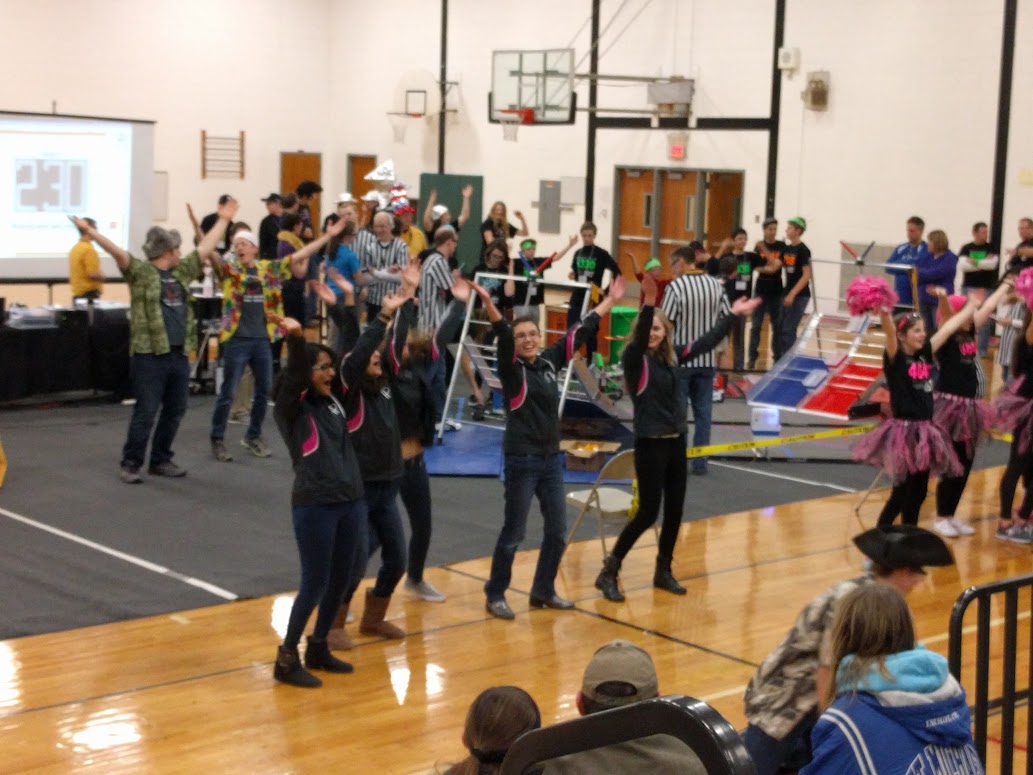 After being hyped up by all the dancing, it was time for the Awards Ceremony. We were finalists for three awards and won the Think Award for our Engineering Notebook, which we were very proud of, considering the time and effort we had decided to put into documentation this year. Our name was also called for second place Inspire Award, with third going to Robotic Spark and first place going to the Q is Silqent (who we had been quietly rooting for the whole time).

The whole team had a lot of fun at the tournament and we can’t wait for State on February 6th!

Thank you so much to High Tech Kids and Talon Robotics for hosting the Eden Prairie tournament. They did a great job and we had a fantastic time at the event!

Click here for more about how FTC tournaments work, as well as this year’s RES-Q challenges.