Previously at our team’s demo at LKT Labs we met a lady named Kate who is part of a roller derby team. She thought it would be a great idea to have us demo our robot at one of the roller derby bouts. So, after a few exchanges via email we were able to make it out to the last roller derby bout of the season.

The roller derby was held at Warner Coliseum on the Minnesota State Fair grounds. When we arrived at the bout, we were directed to a table where we would be able to showcase our robot during the bouts. In addition to this, before the bout began we were able to give a little speech in the middle of the coliseum about what FIRST is, who we are, what we do, and what our robot does. We were even given a microphone to speak out of as we gave our speech. Afterwards, during the bouts, some members of the audience would head down to our table where we would give them more information about FTC and our experiences were. We got to talk to some kids too and they were really excited seeing our robot. 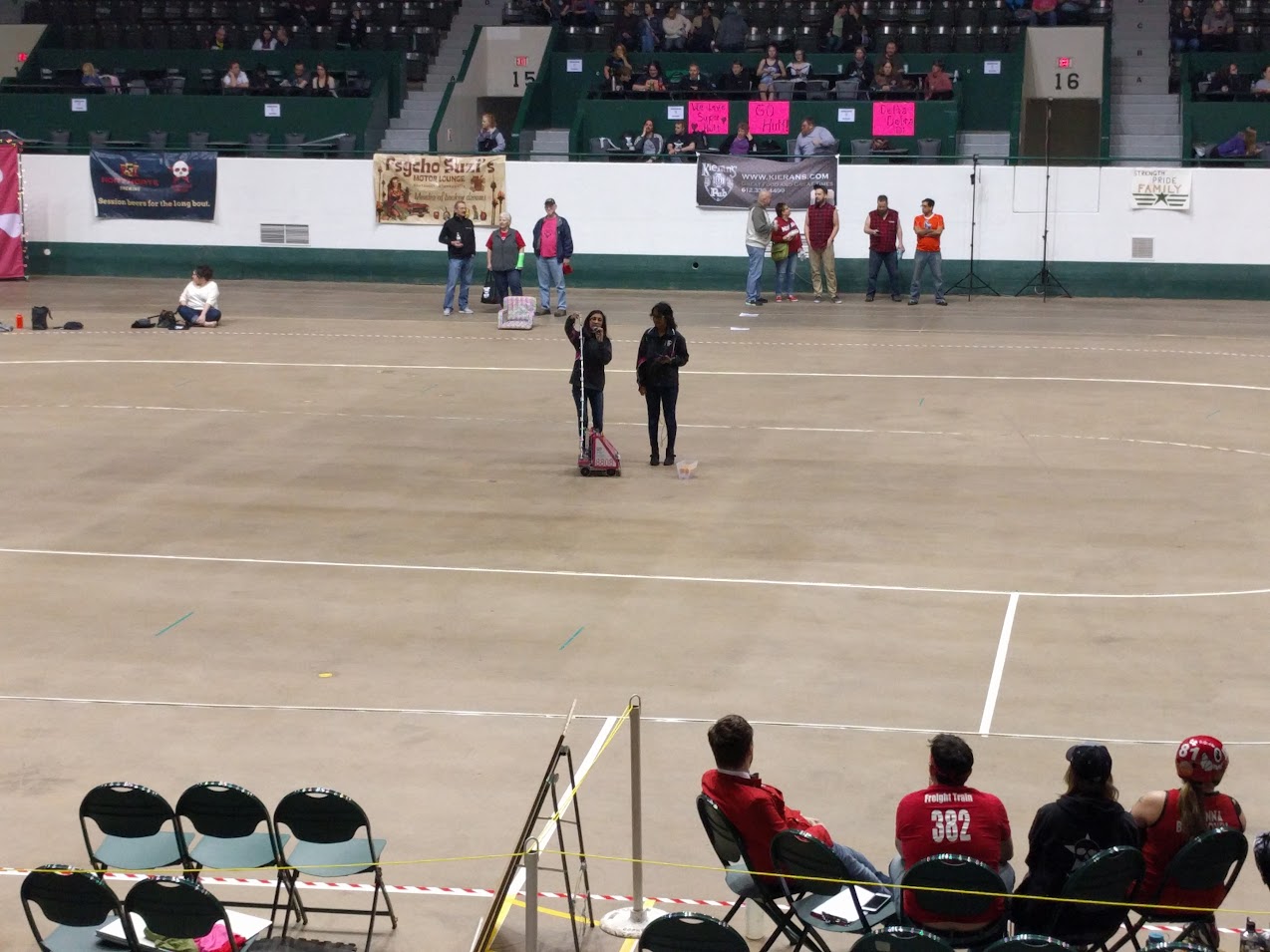 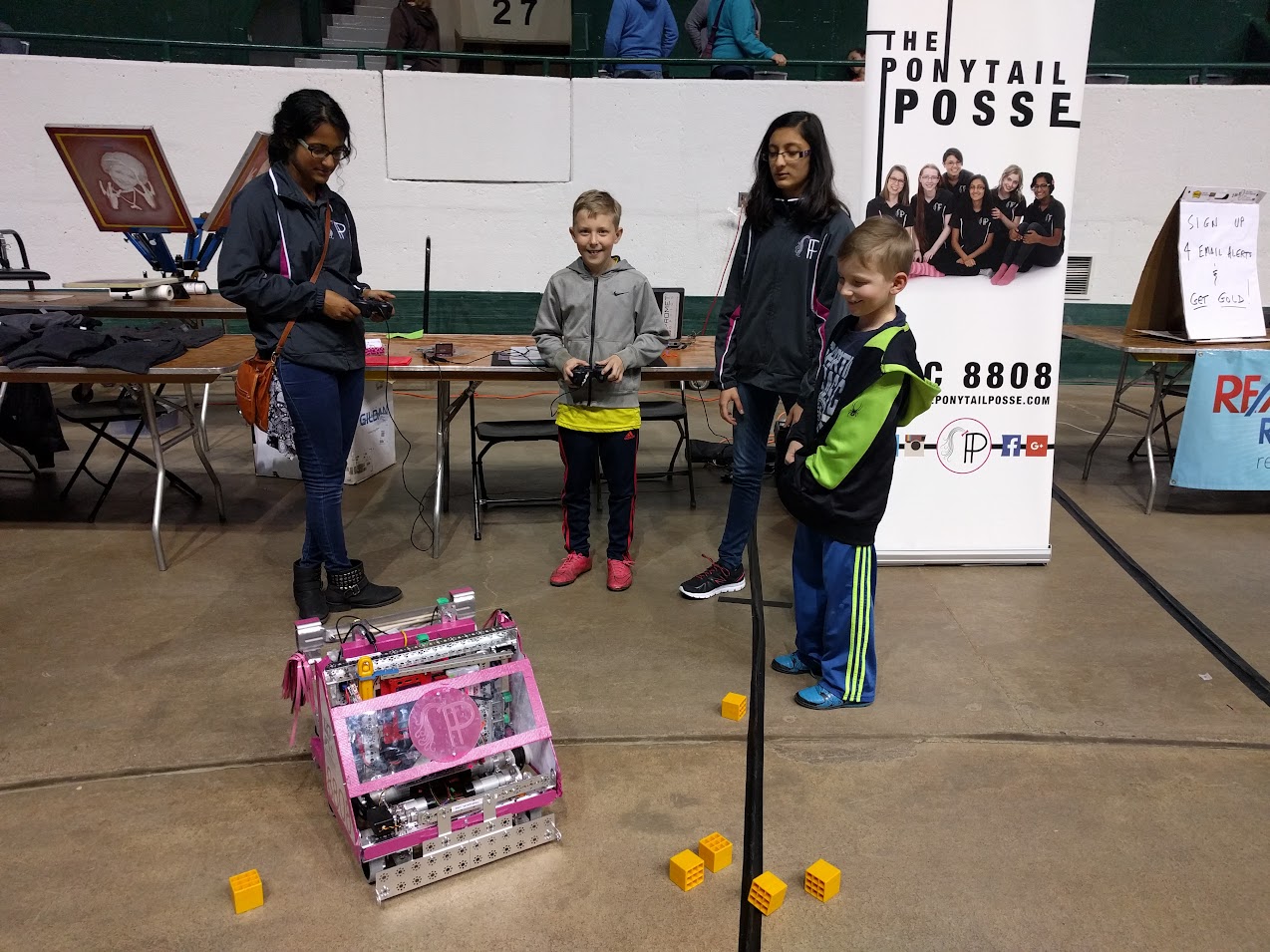