The Titanium Allies, another FTC team in our area, invited us to demo at their booths in the Slice of Shoreview, an annual local festival. Their team was able to obtain a whole area dedicated to robotics and had tents and representatives from all FIRST programs there. Also, because this festival is over the course of three days we had tons of opportunities to demo our robot and help spread the word of FIRST.

DAY 1:
On Friday afternoon, before the festival started we helped set up the space including putting together an FTC field. We also got to draw with chalk on the sidewalks to draw people’s attention and direct them to the robots. It was lots of fun with many of our FTC friends helping out and we were so excited for the upcoming days! 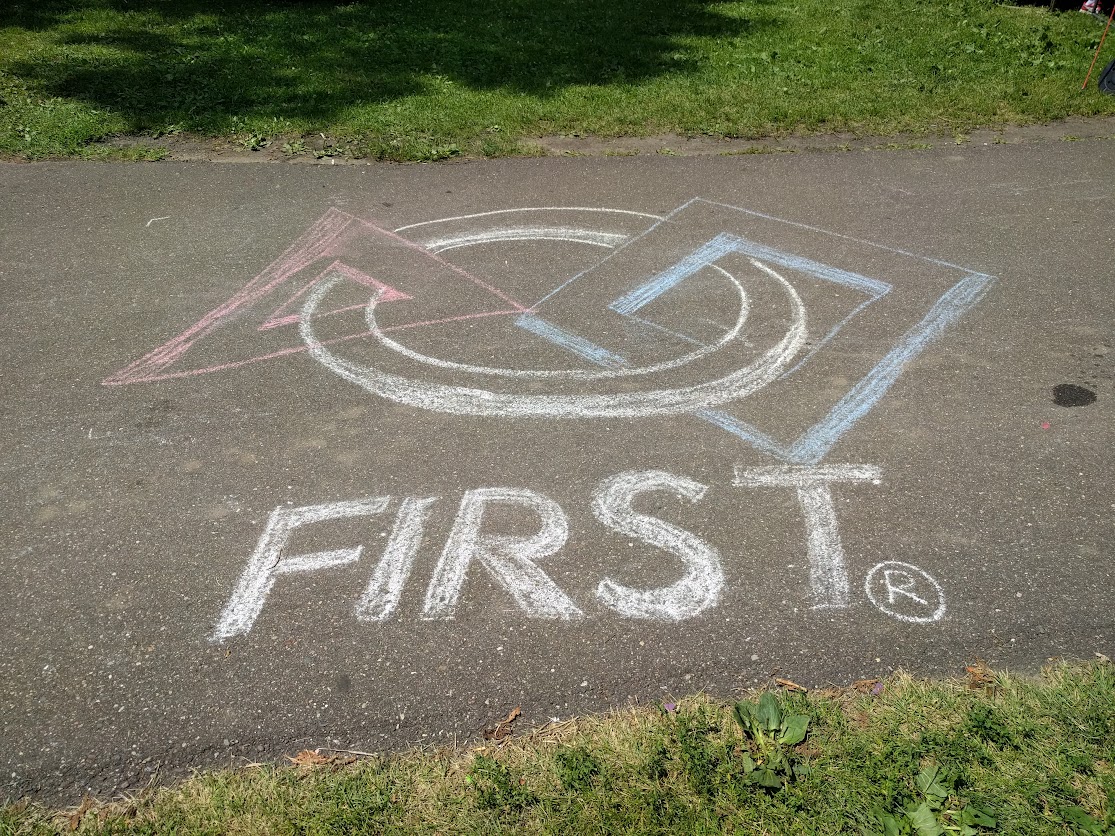 DAY 2:
Saturday was the busiest day of the festival and we were planning to demo FTC the whole day. Because we were in a good location many families came by and we let the kids drive Stacy around. After the kids got their driver license, we were able to direct them to the program for their age group where they could learn more about it. There was lots of interest from both parents and kids to possibly join FLL Jr. and FLL! 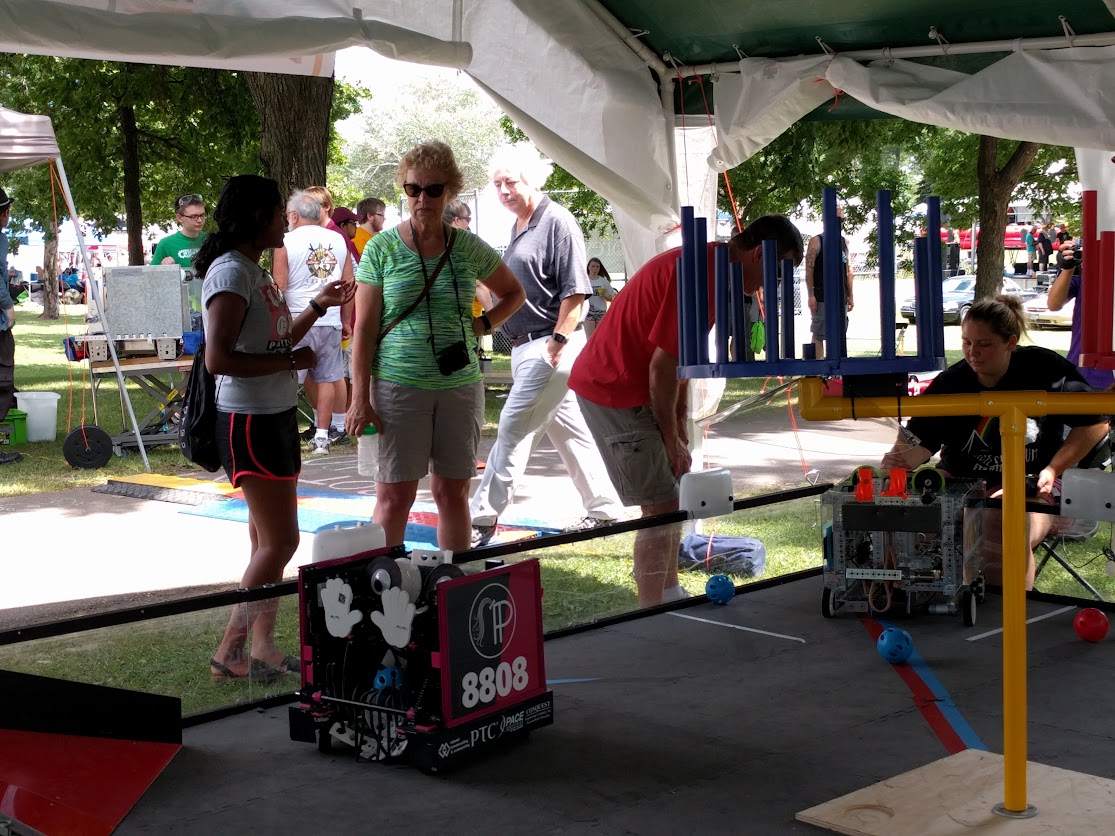 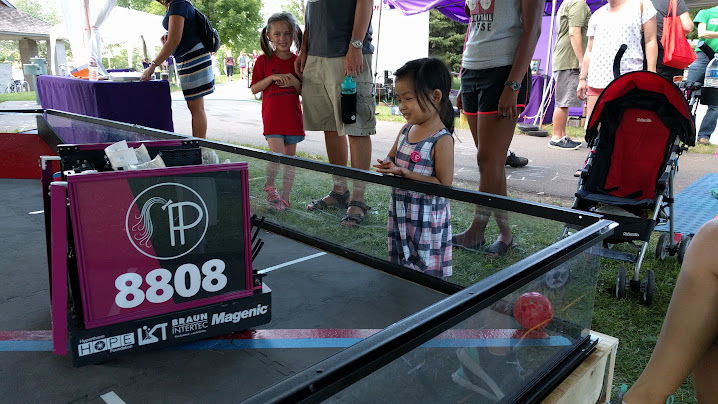 DAY 3:
Rose and Nancy helped out again Sunday afternoon, but this time instead of demoing FTC they were supervising the Dots at the FLL booth and talking to people in the FLL Jr. booth. It was a good change of pace and they both enjoyed it, but were sad when it was all over during teardown.

Overall, the Slice of Shoreview was a huge success with representing all levels of FIRST and increasing awareness in our community! 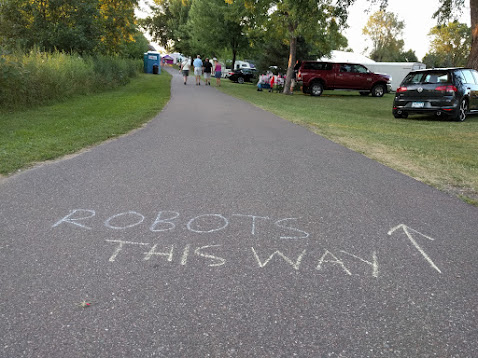