We left for St. Louis at around 2:20pm after having some fun in the airport. 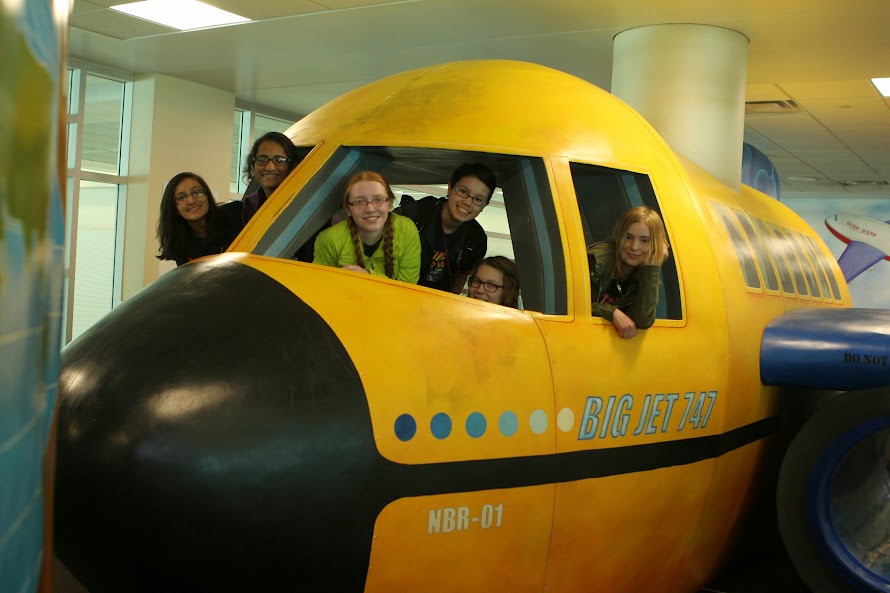 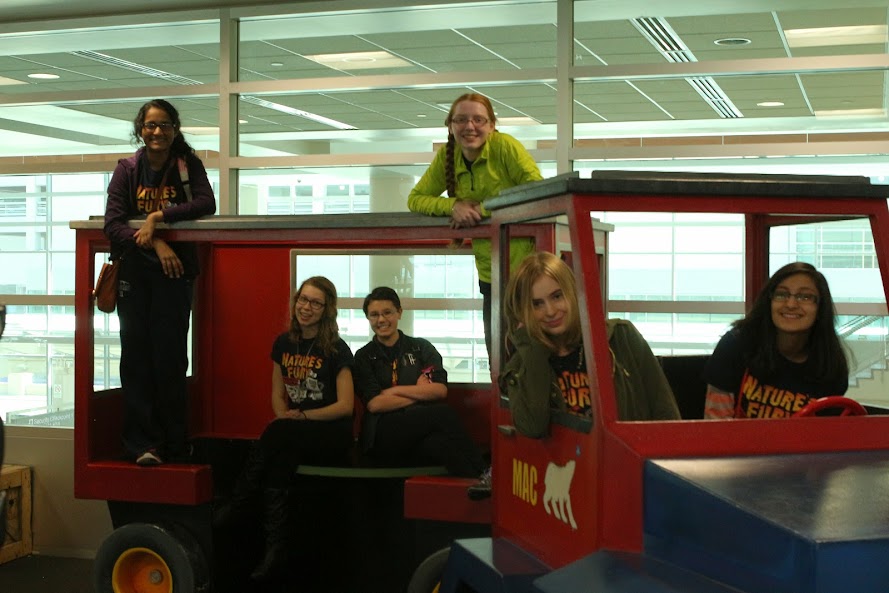 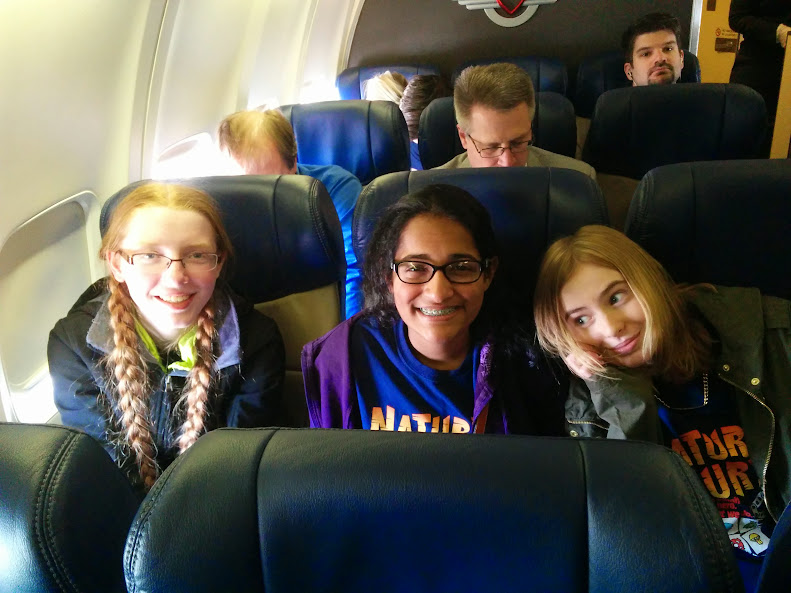 We landed an hour and a half later, unprepared for what was about to happen. 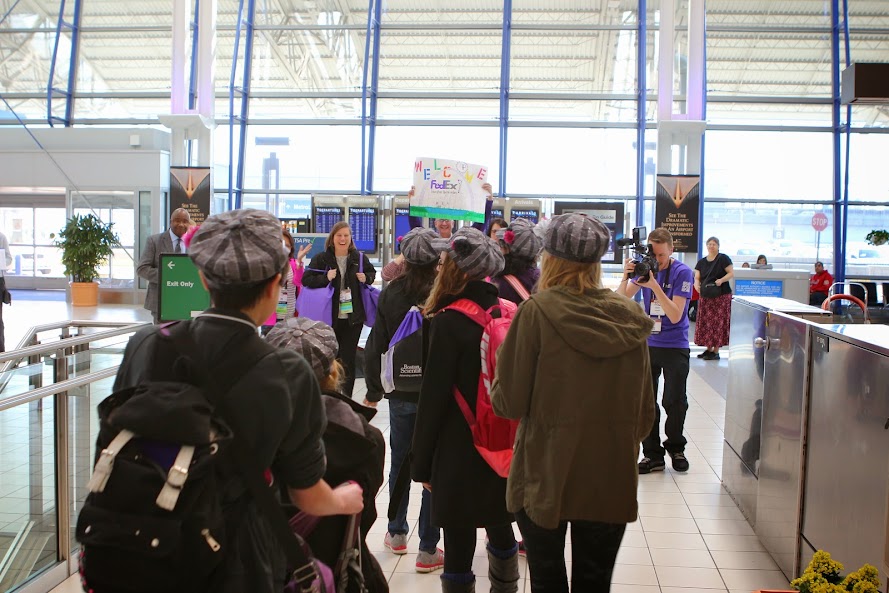 The moment we entered baggage claim, we were greeted very enthusiastically by FedEx representatives. The celebration, which began to draw some eyes and smiles, involved handmade posters and cheering and the distribution of sashes that read “FedEx Innovation Ambassadors”. The FedEx representatives were so sweet, and our guide, Mr. Van Guilder, was very flexible with our craziness. 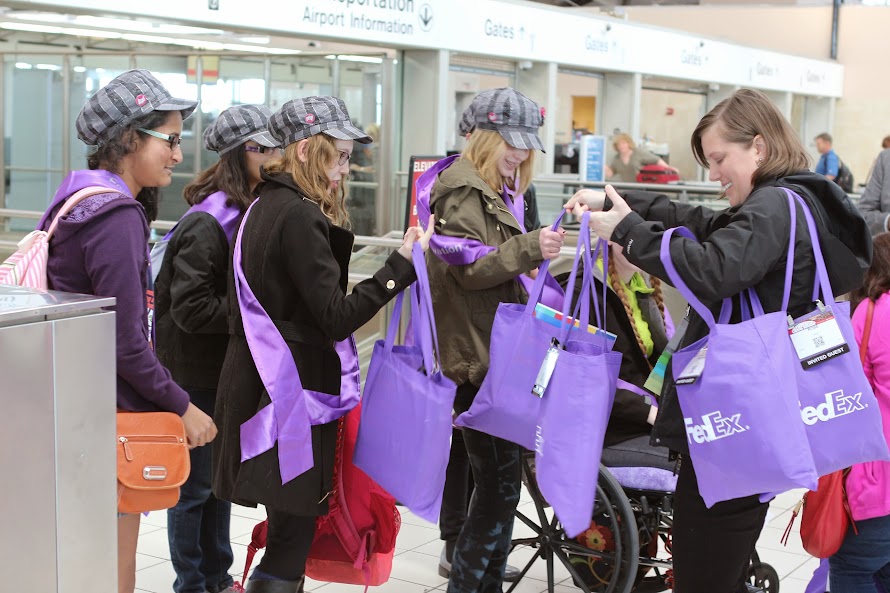 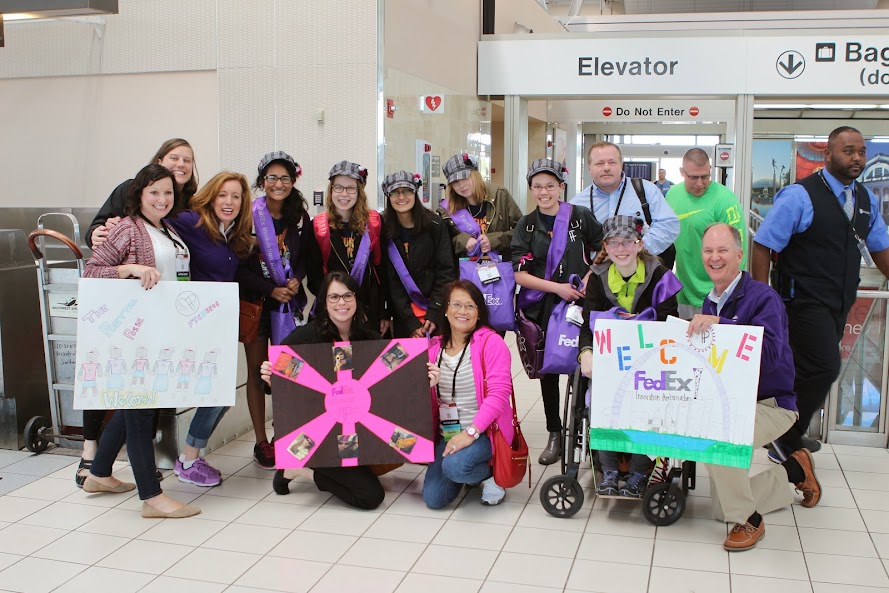 We got our baggage and drove in a fancy bus over to our hotel, the DoubleTree Union Station hotel (which looked like a castle – inside and out!). 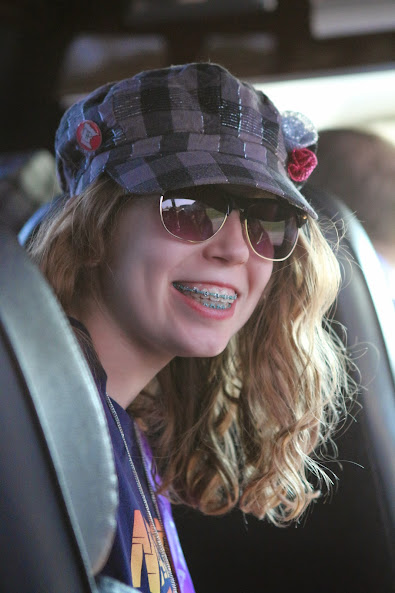 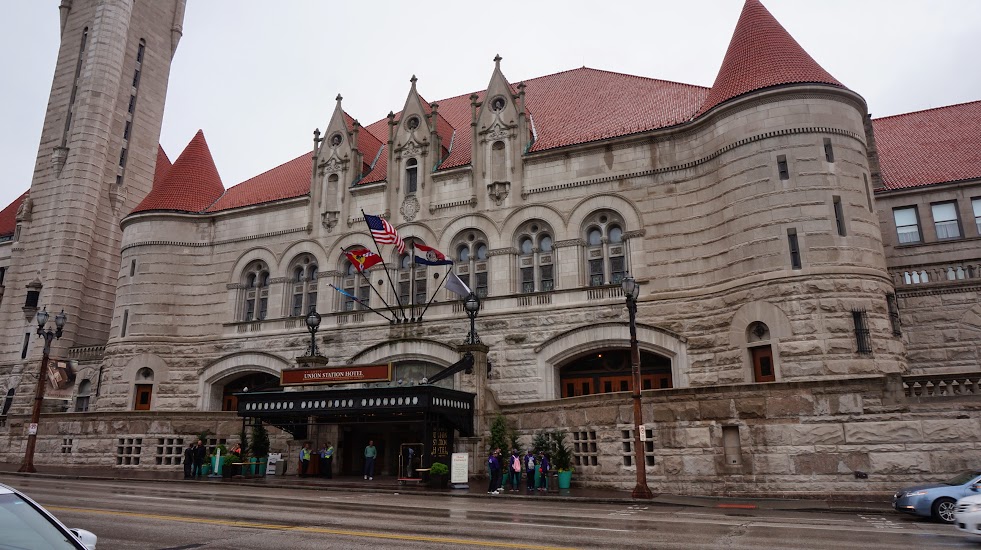 We got settled and then we went over to America Center to get a first taste of the World Championships. The FRC pits were alive with thousands of robotics kids. 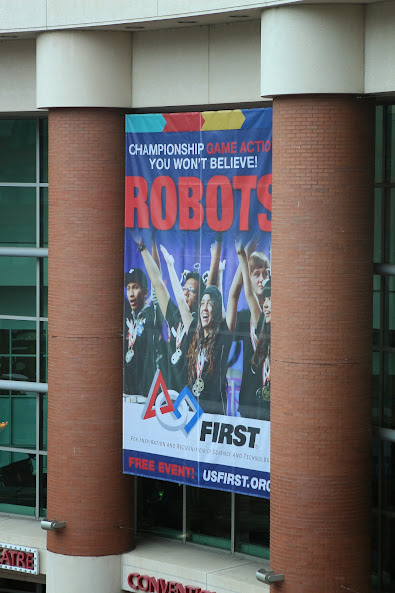 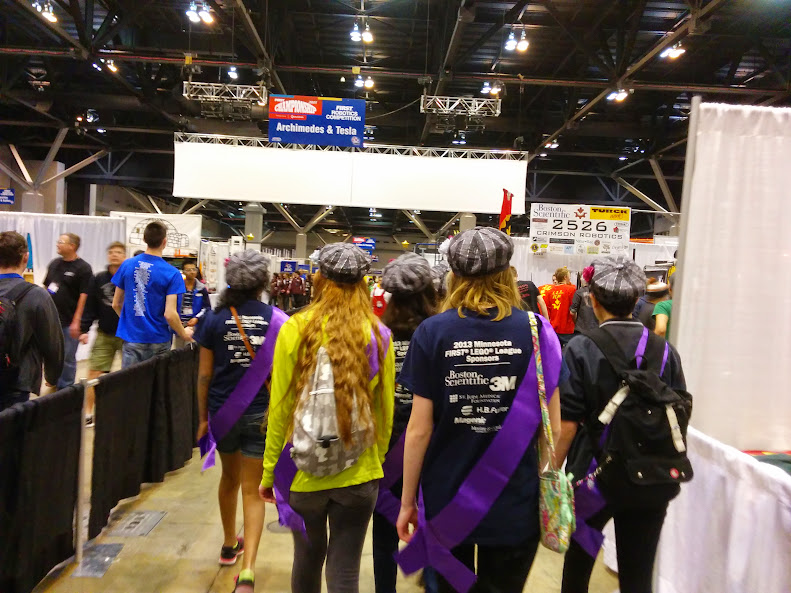 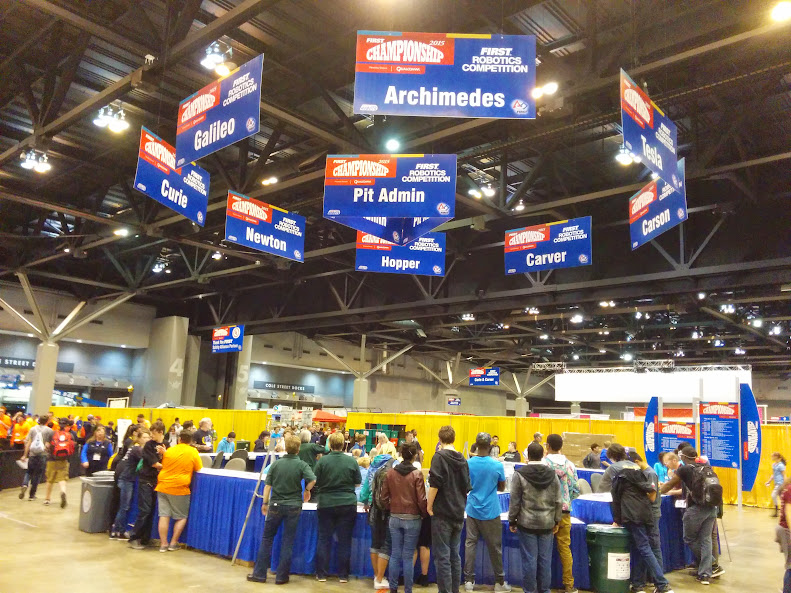 After a little sight-seeing, we headed over to Pi Pizzeria, which is a very tasty restaurant popular in St. Louis. The owner of the restaurant had a private table set aside for us and ordered what he thought best represented Pi. 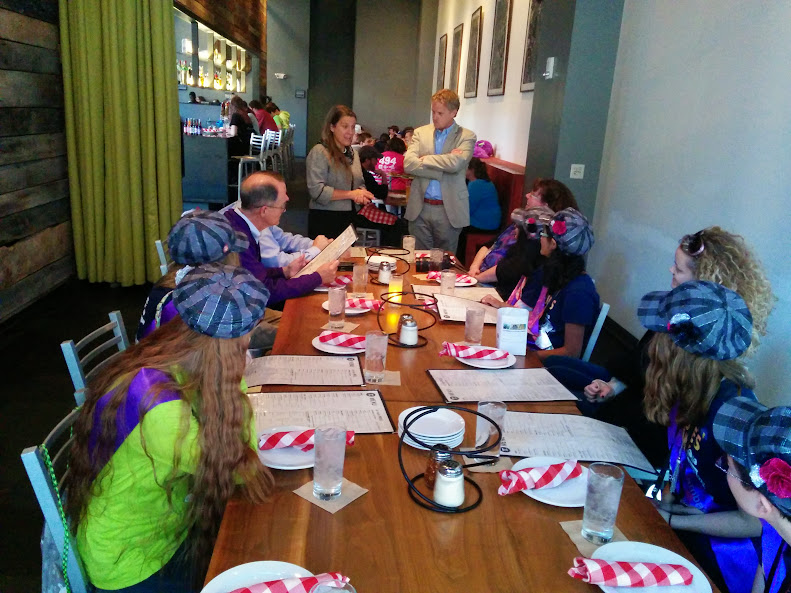 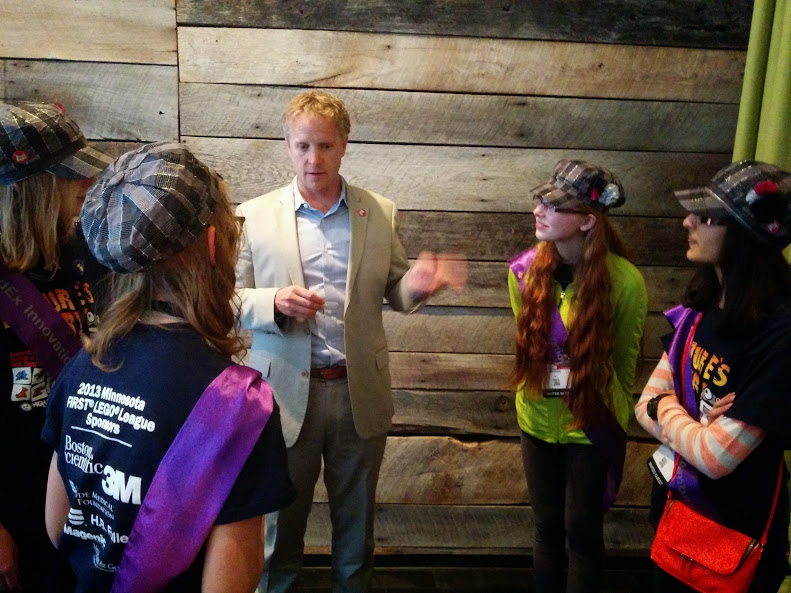 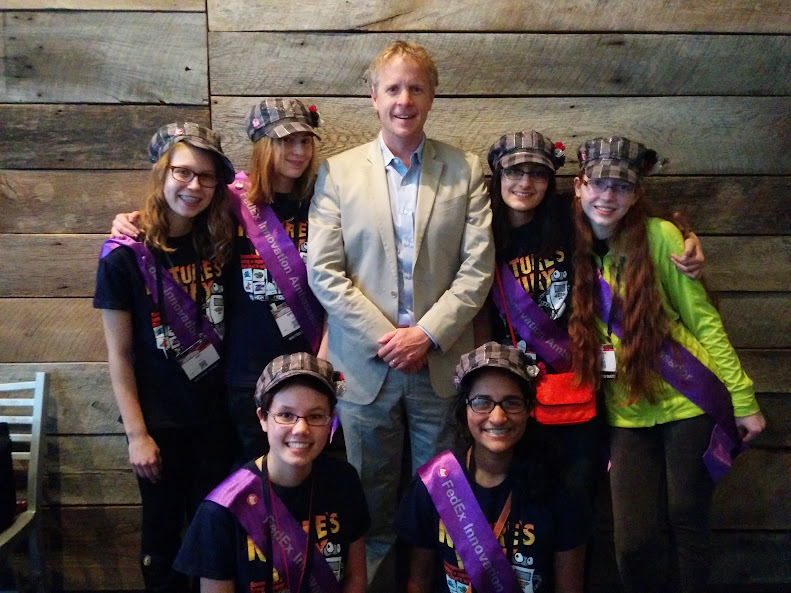 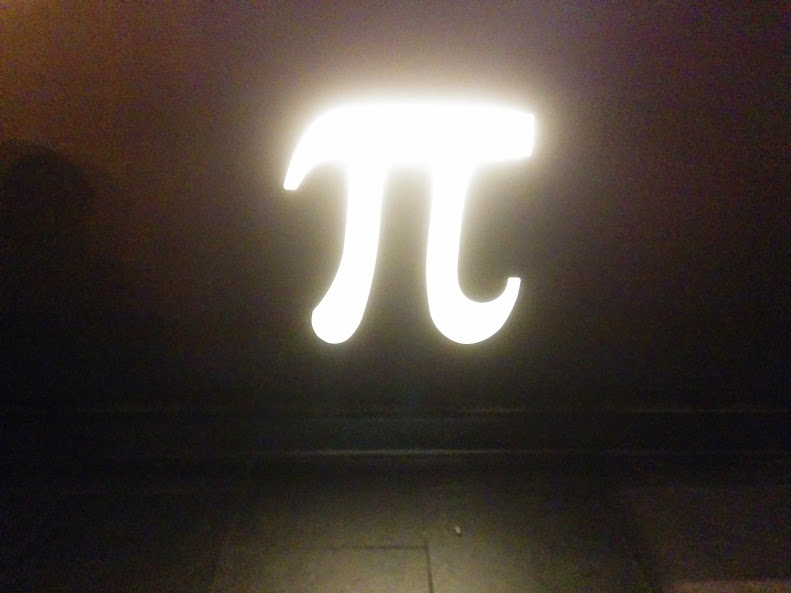 After stuffing ourselves with delicious pizza and appetizers, we proceeded to Ted Drewes’ Frozen Custard, because that was obviously the logical thing to do. 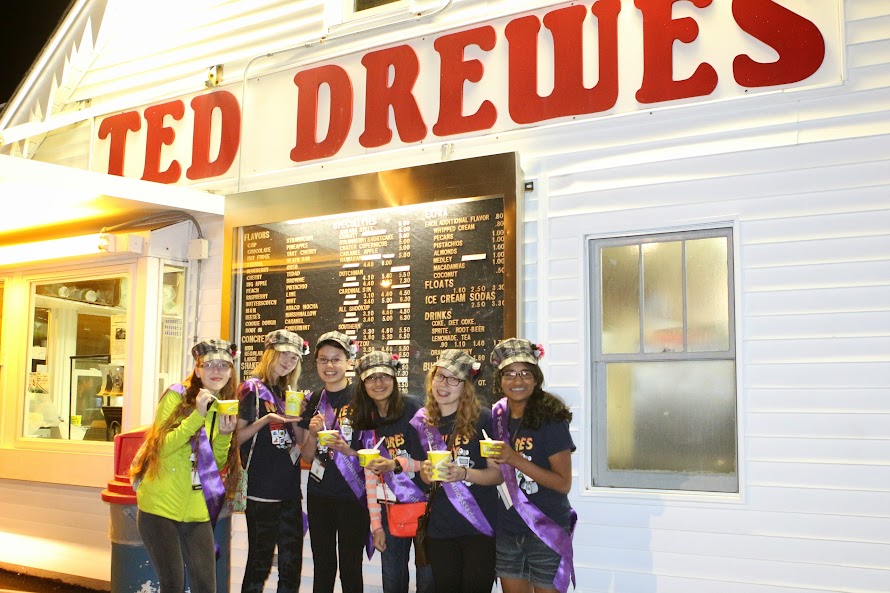 Along the road of our scheduled events, we stopped by the famous St. Louis arch and took some pictures with our new selfie sticks (included in the FedEx gift bags). We even met the ad agency of FIRST(!!!), who were very interested in our story. 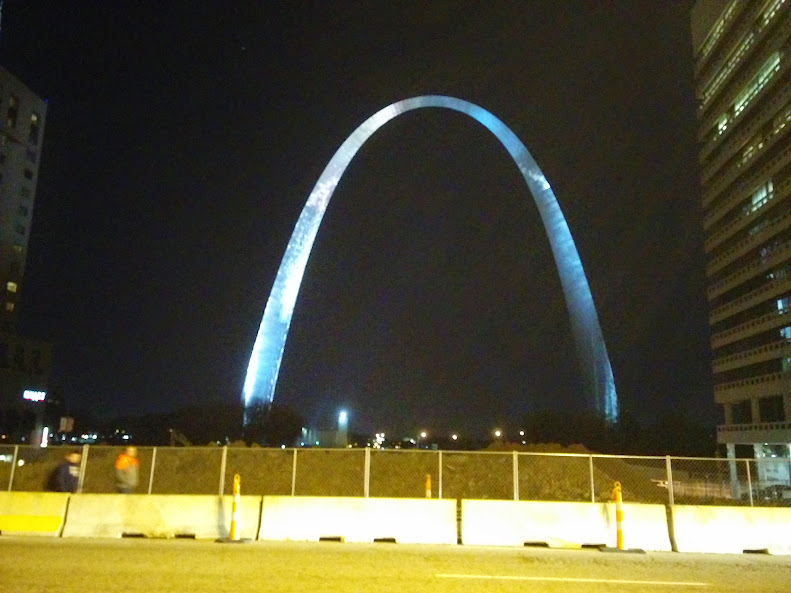 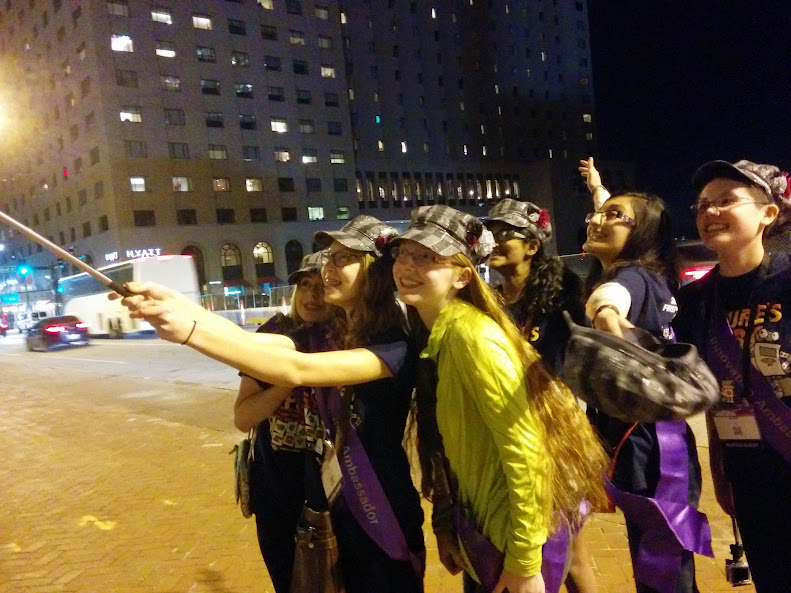 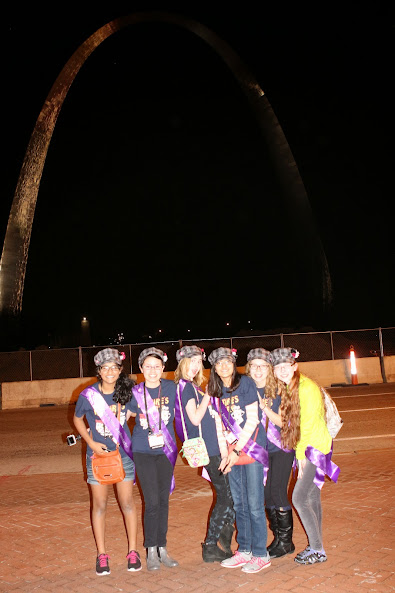 We returned to our hotel at around 10:00pm. There was some difficulty getting to sleep; now that we were actually in St. Louis, the FIRST World Festival suddenly felt very real. But in the end, exhaustion triumphed over excitement and we had a good night’s sleep before the next morning.