At 8am, we went to America’s Center (where the FLL and FRC tournaments are held) to meet and eat breakfast with the FedEx team that organized our stay. They are all extremely nice people and we all got along very well.

We then went to the FLL and FTC pits to give our fellow Minnesota teams our “Ponytail Posse Crisis Aversion Kit.” 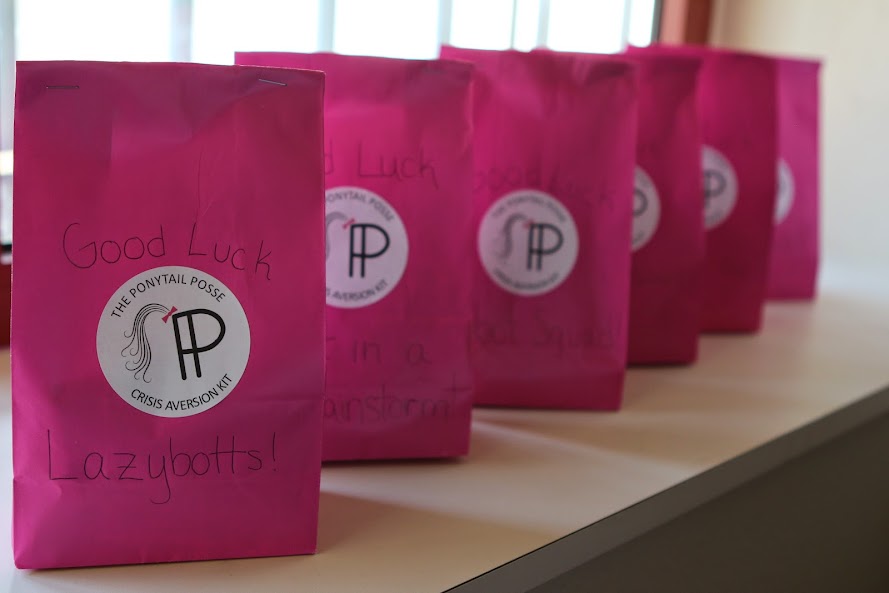 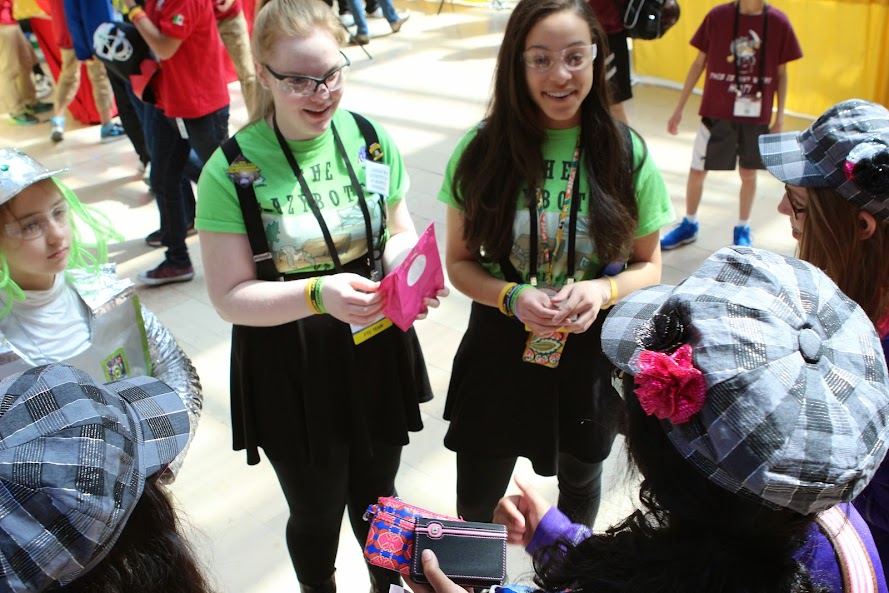 Inside the pink bags were band-aids, tissues, chocolate, and zip-ties, among other things.

As we went around delivering these kits to our friends, we stopped to chat with every international team that we had time for. This included teams from Taiwan, India, Russia, Mexico, Ukraine, Israel, South Korea, Australia, Great Britain, and more. It was very cool to hear about their cultures – though they might live on the other side of the world, their enthusiasm and excitement for FIRST robotics was equal to ours. 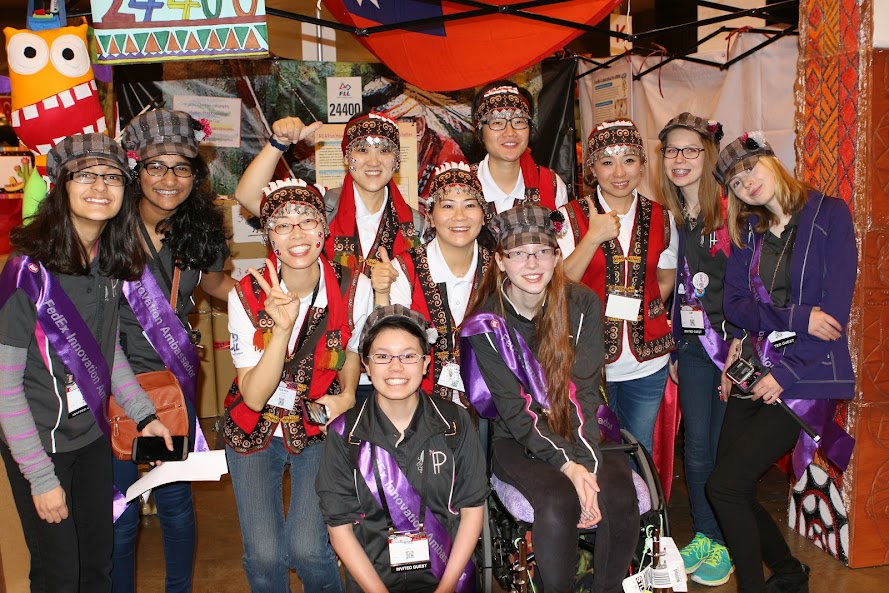 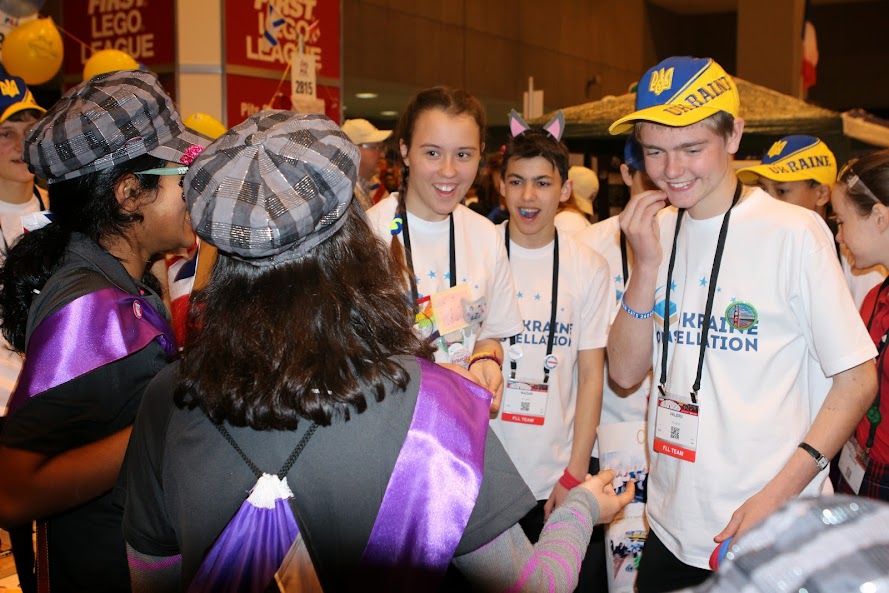 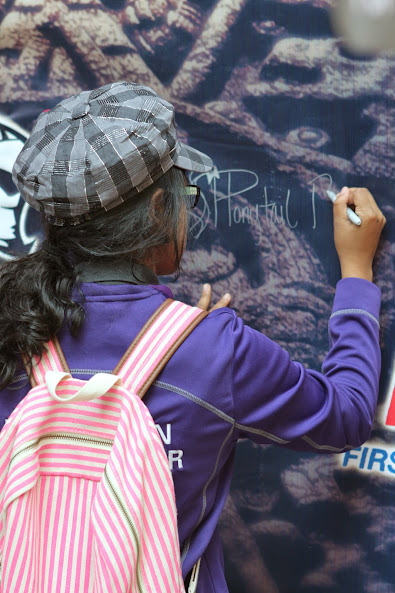 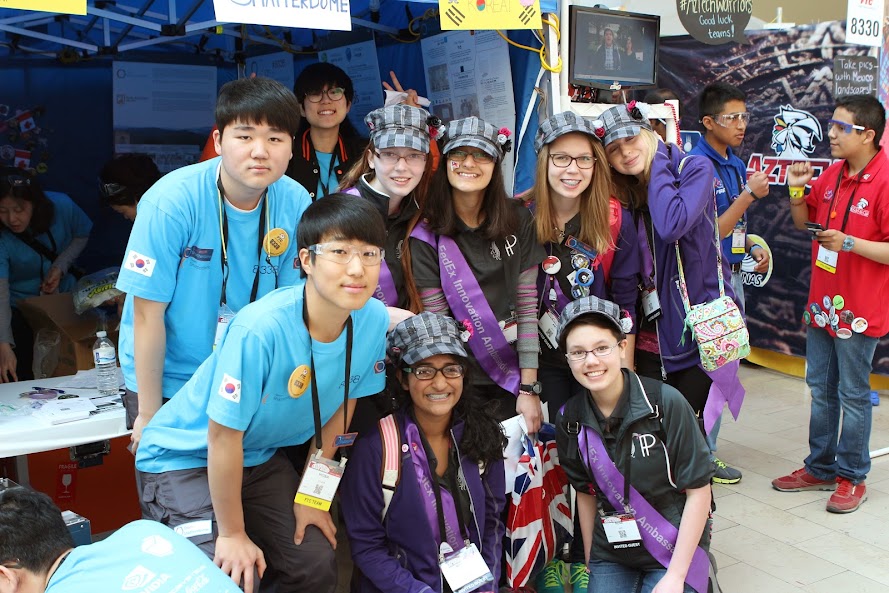 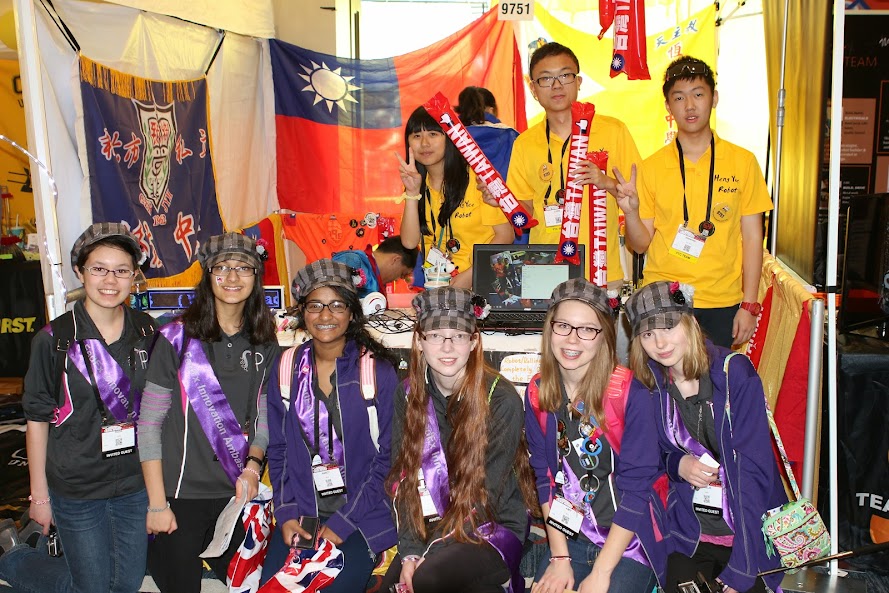 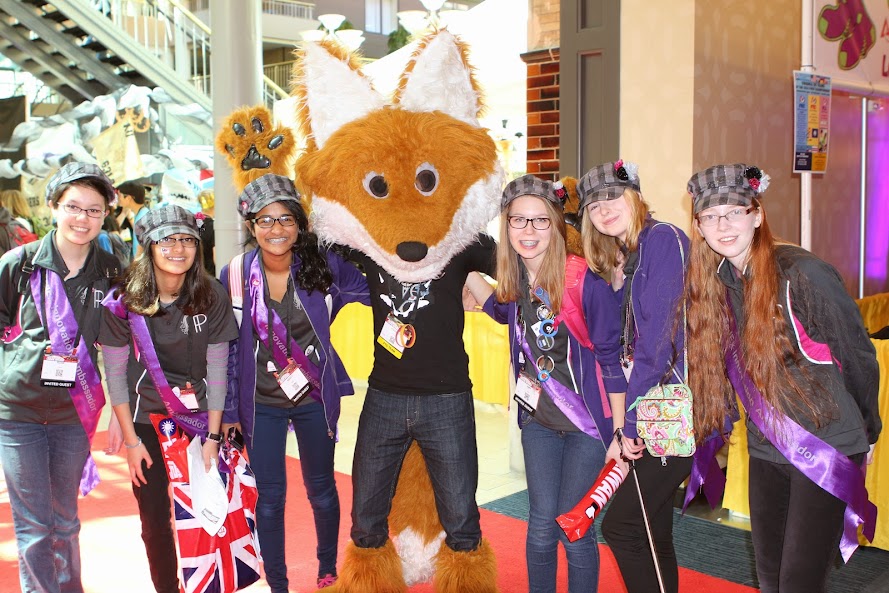 While we were wandering the FLL pits, Sabriyah found her boyfriend (according to Mrs. Lam). 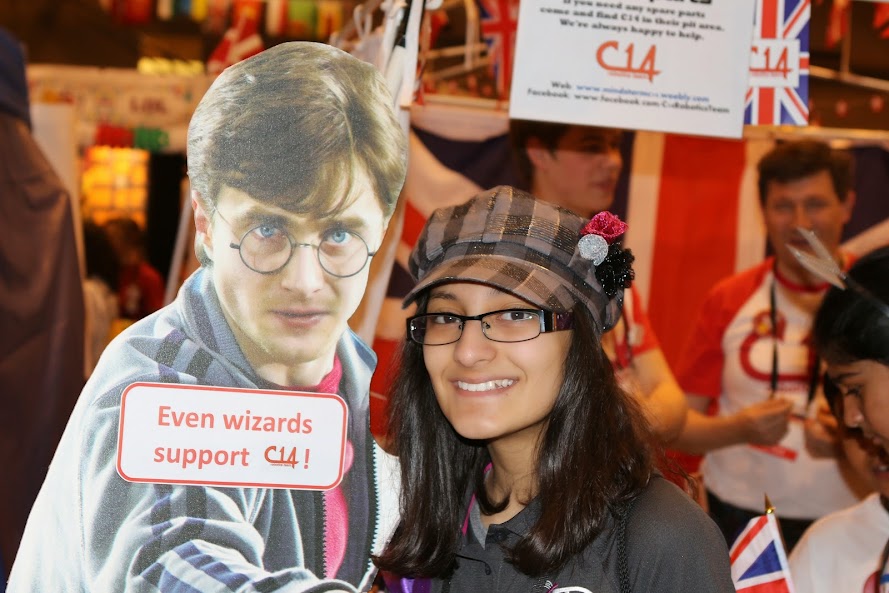 Leaving at around 11:30, we proceeded to T-REX, a company that helps entreprenuers start-up their ideas. We ate lunch with three very cool women entrepreneurs, learned about their companies (greetabl, Artifox, and Sparo Labs), and got a tour of the whole building. The building was huge and there were even a couple companies we knew there (TedX Gateway Arch and Throwboy). It was inspiring to see so many entrepreneurs who started with only an idea and turned it into a real product and business. 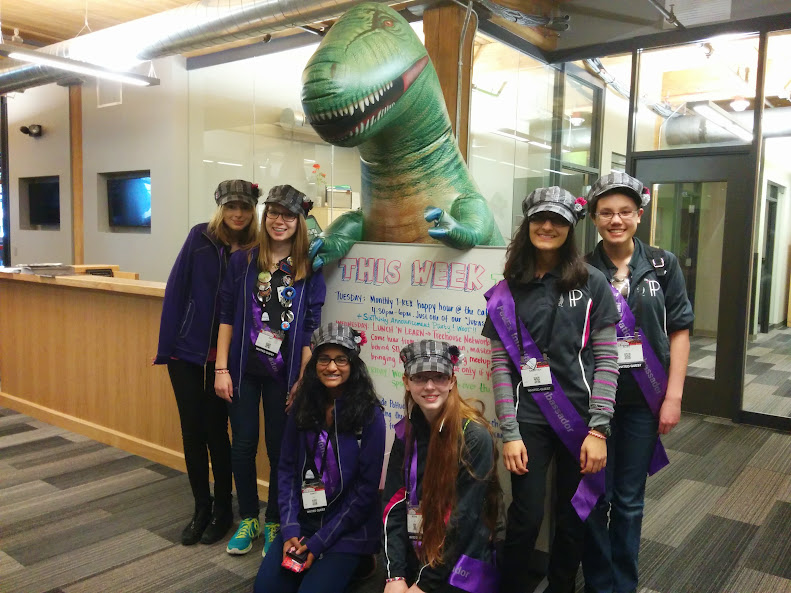 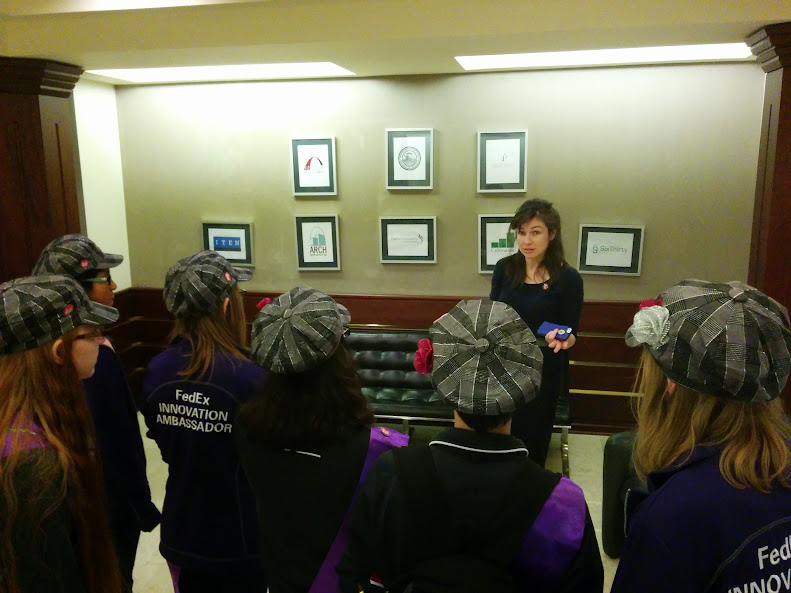 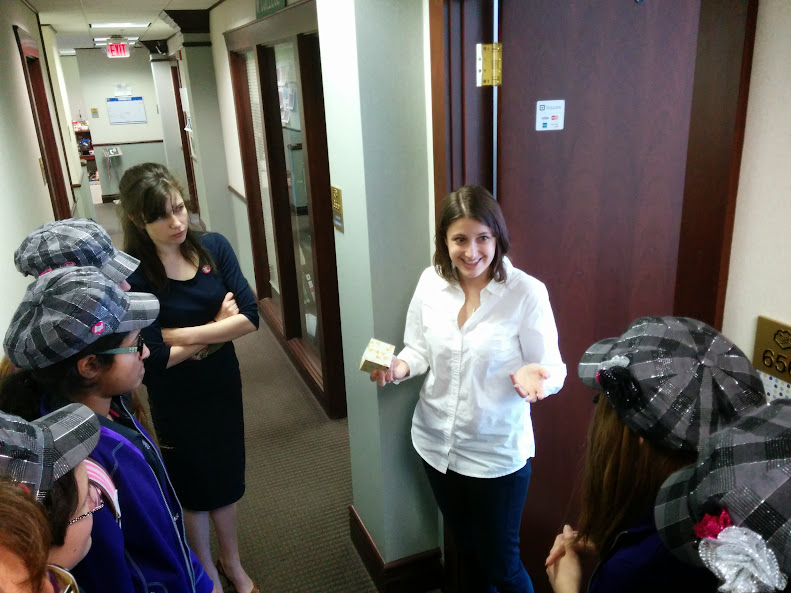 After the tour, we went over to Busch Stadium to pitch with some former ball players. It was a surreal experience to play on the field and we enjoyed it a lot more that we thought we would. 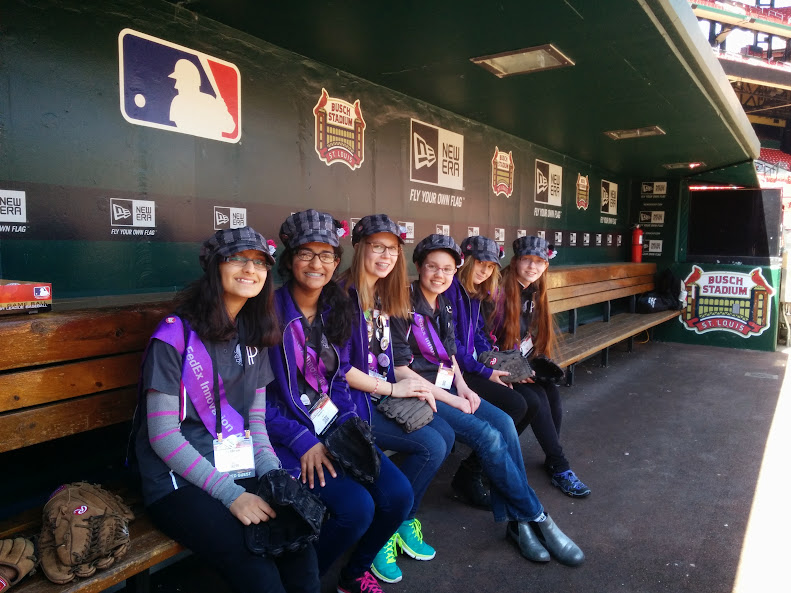 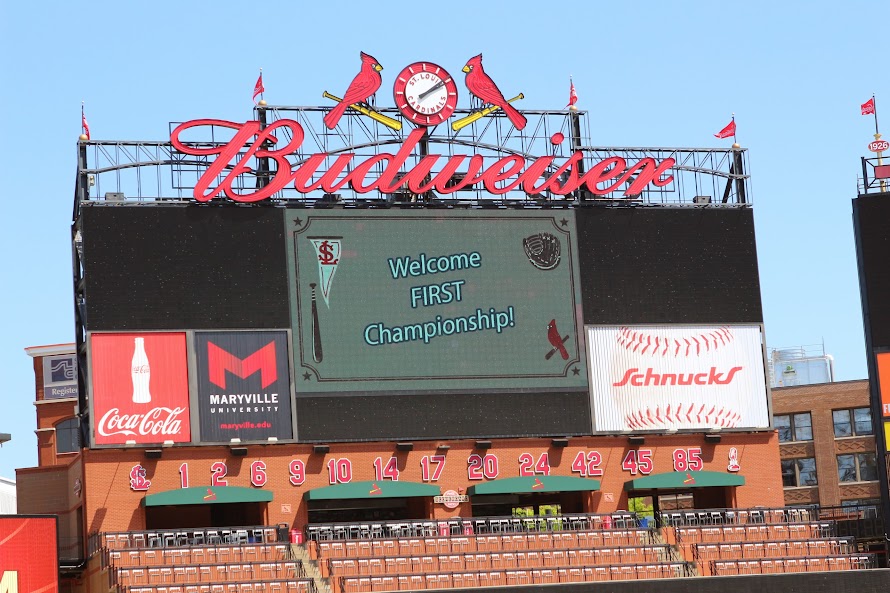 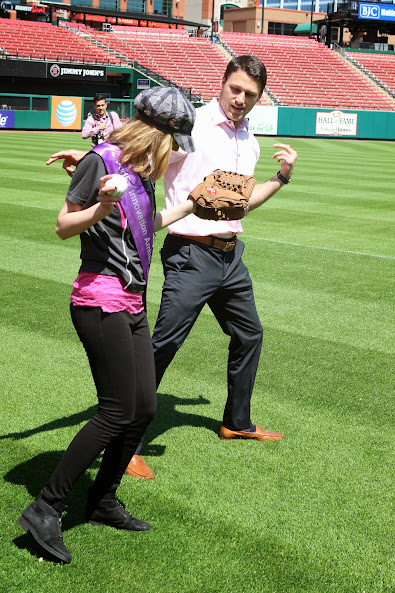 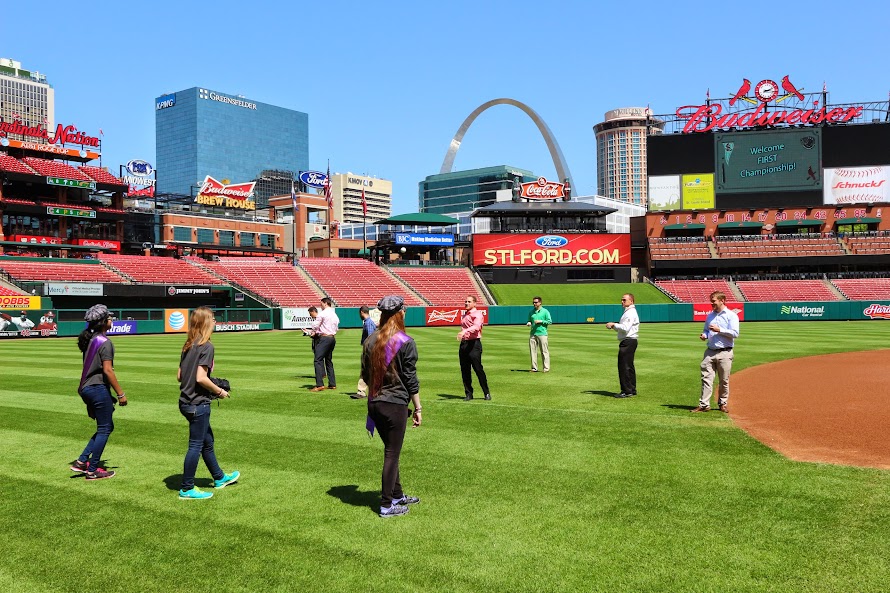 While we were there, we were also interviewed by local media. 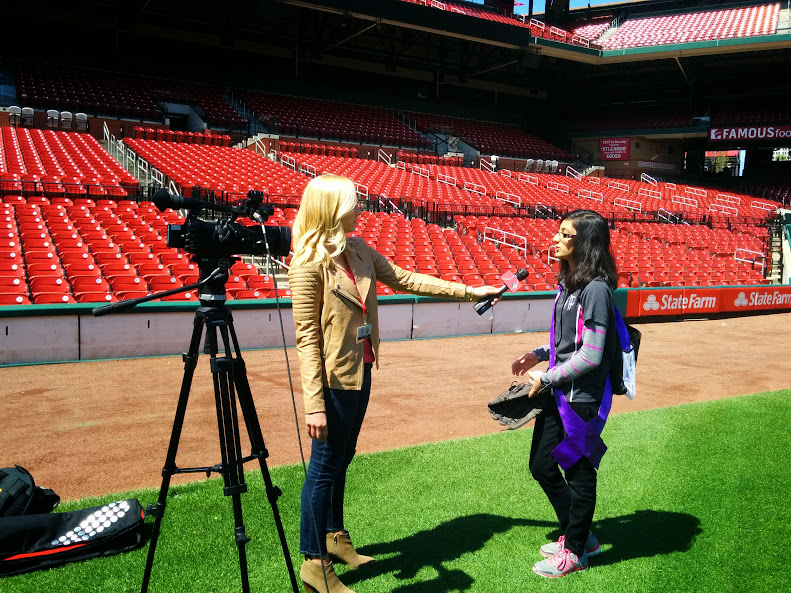 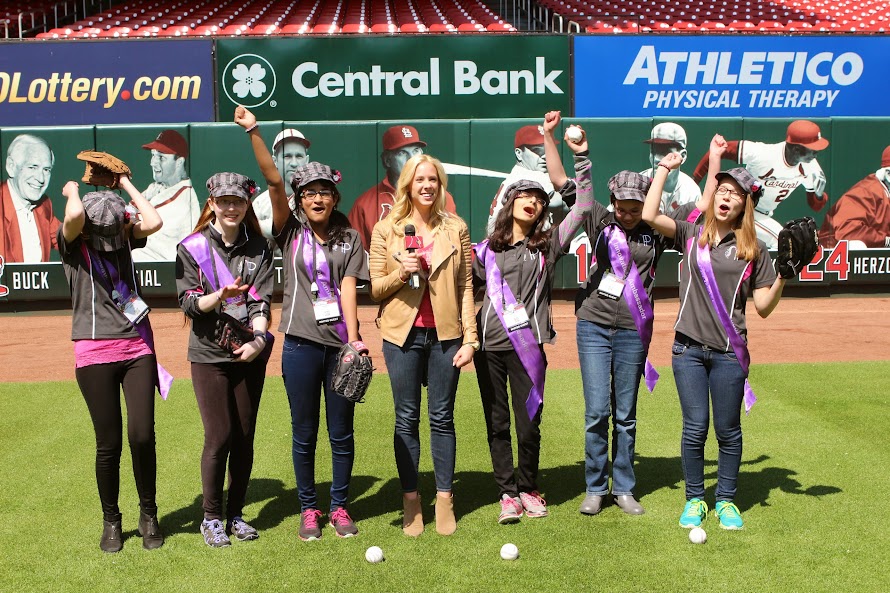 After playing catch, we took a tour of the stadium. Highlights included seeing the World Series trophies and checking out the view from the broadcast booth. 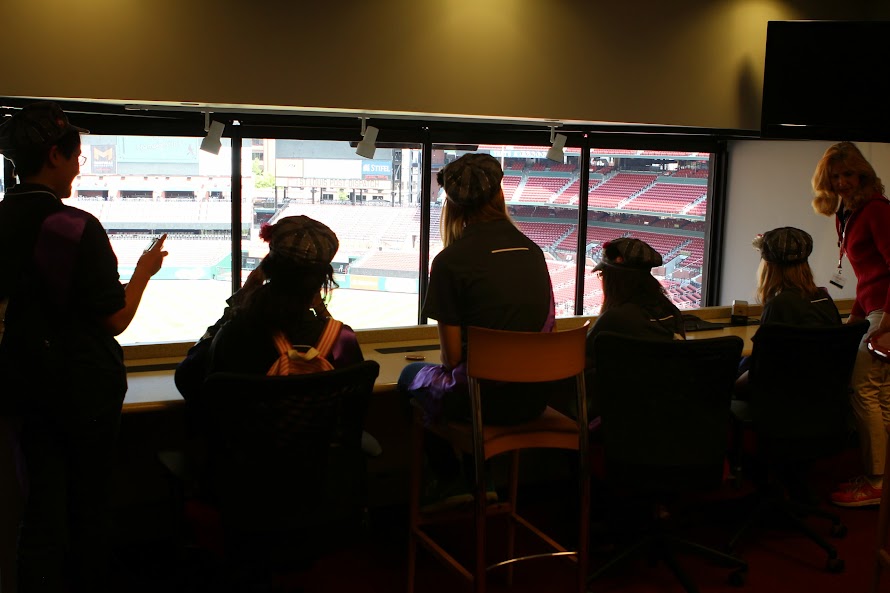 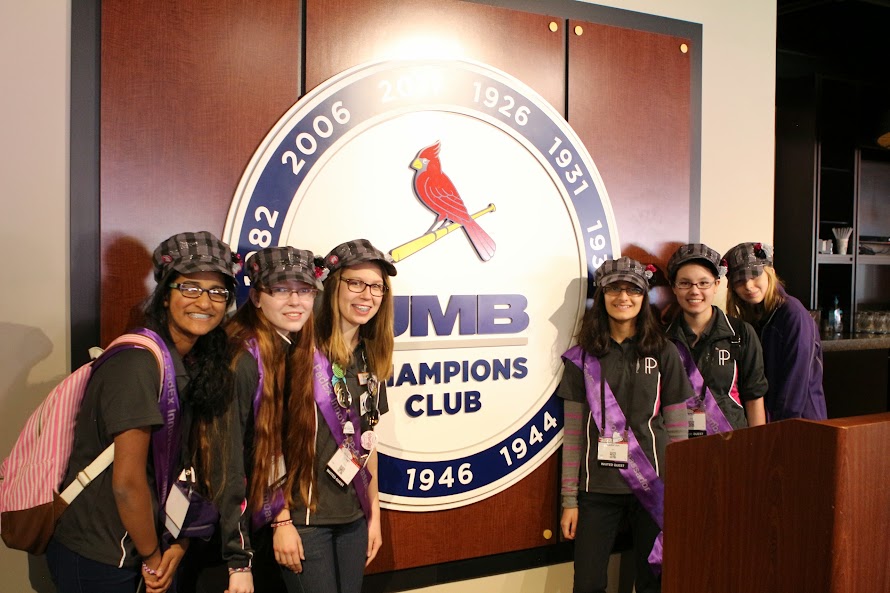 Finally, we went back to America’s Center to watch the incredible opening ceremony for the World Championships. Paper airplanes flew all over the stadium as FIRST promotional videos played and spotlights shined across the arena. Even better, we got to witness everything from up high in the VIP lounge. 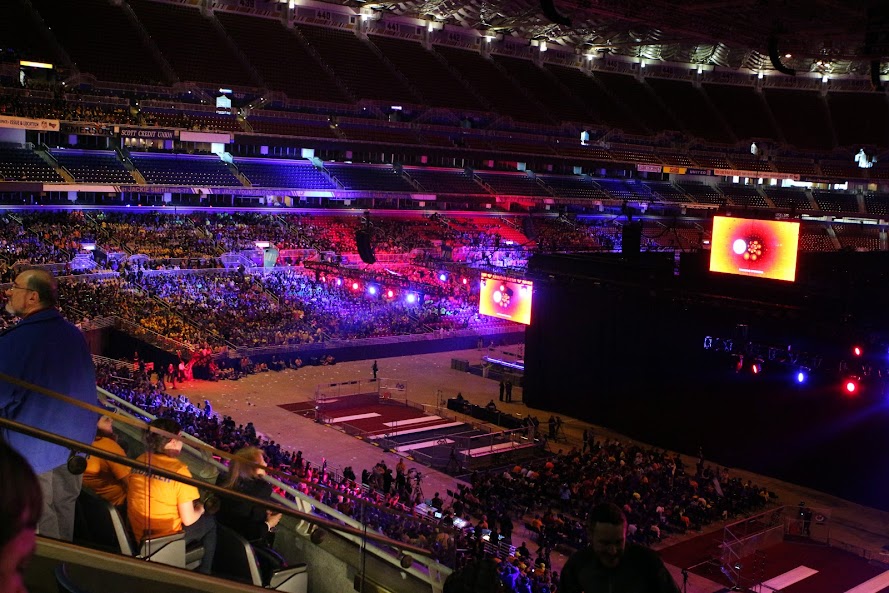 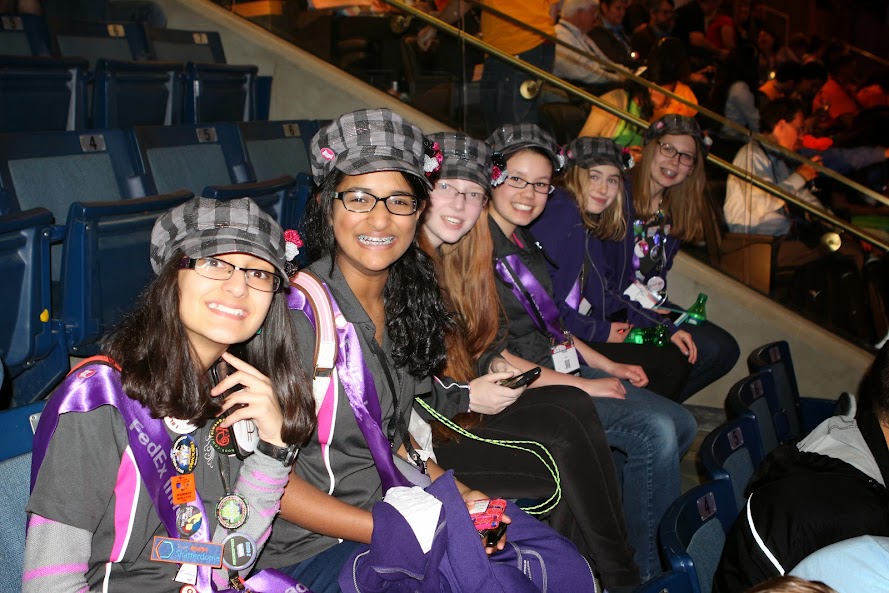 We finished the day with a glorious Italian dinner with the FedEx executives. They were all so friendly and they were really proud of us with what we did to get here. As the evening went on, we relaxed – by the end, they seemed more like friends than official FedEx employees. 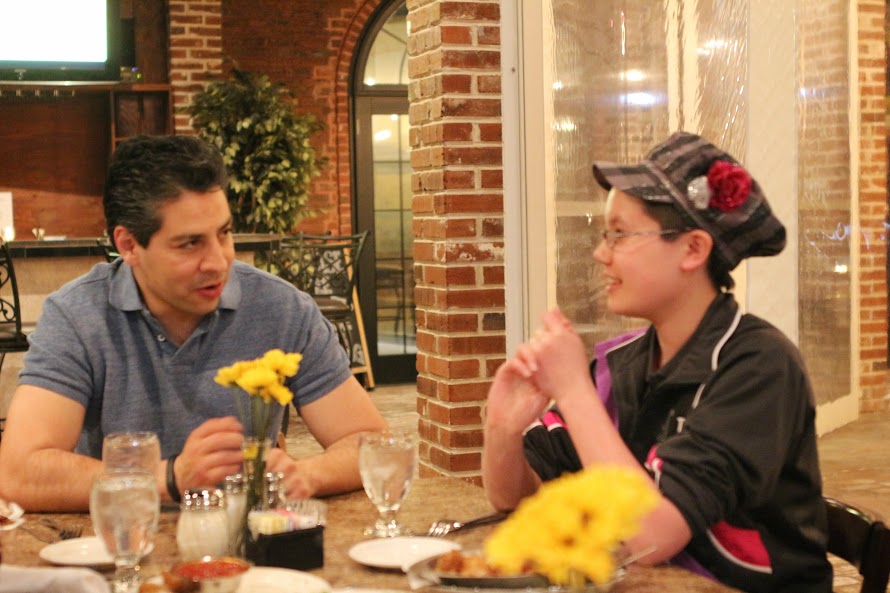 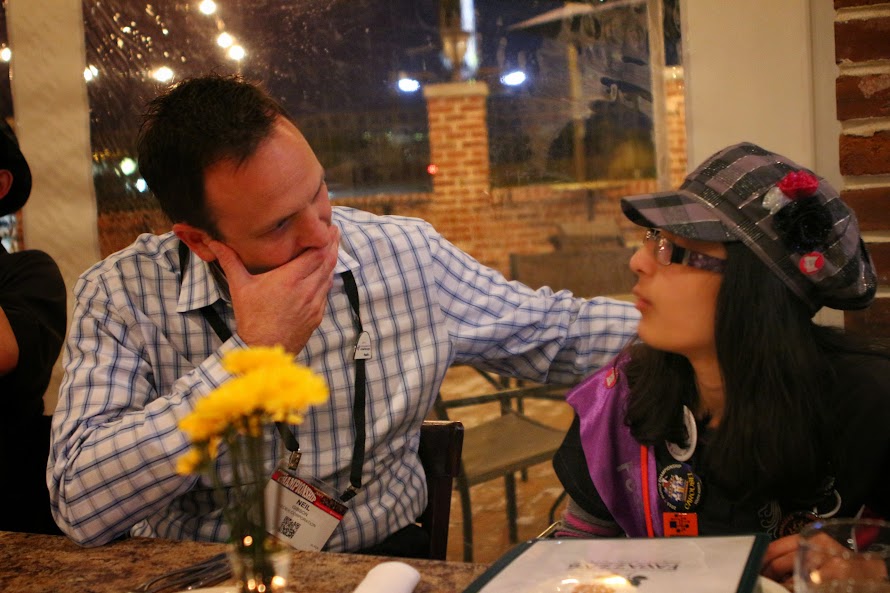 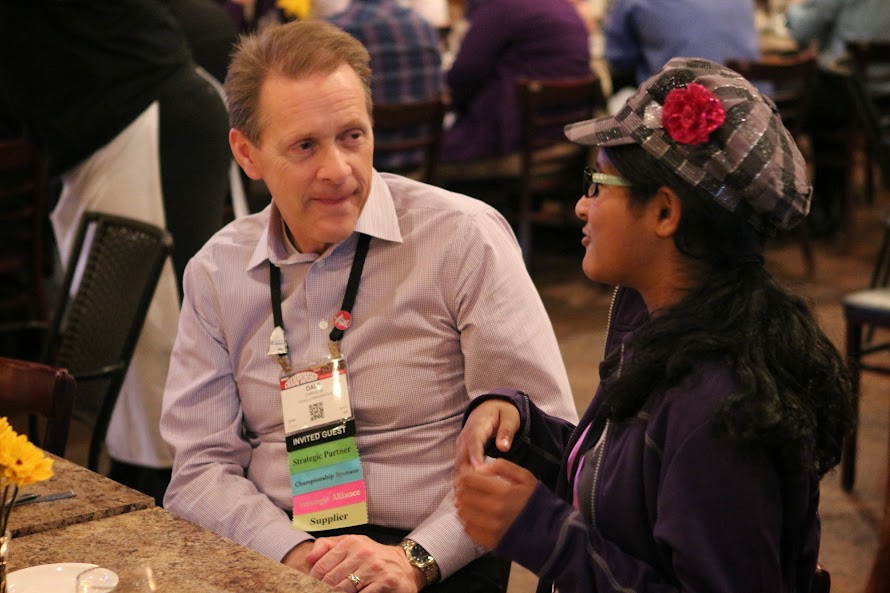 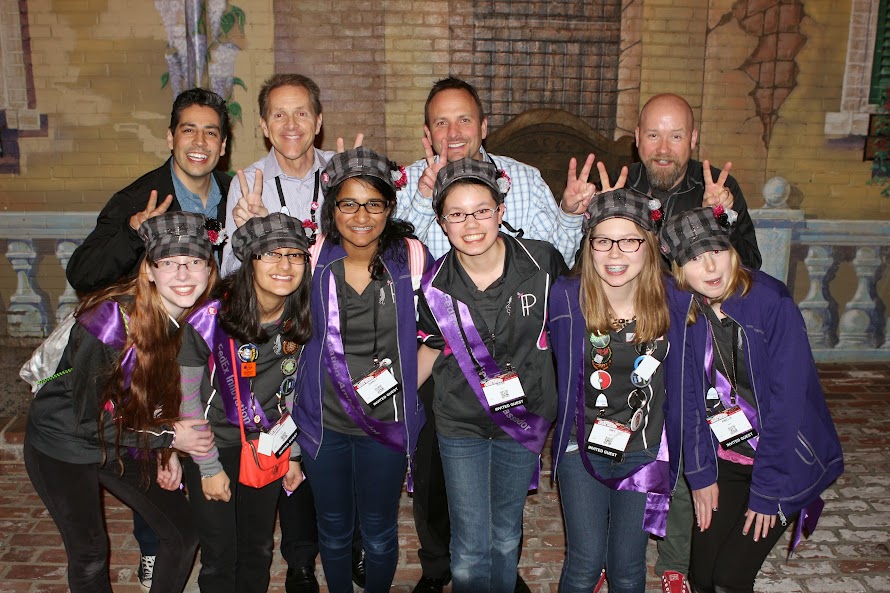 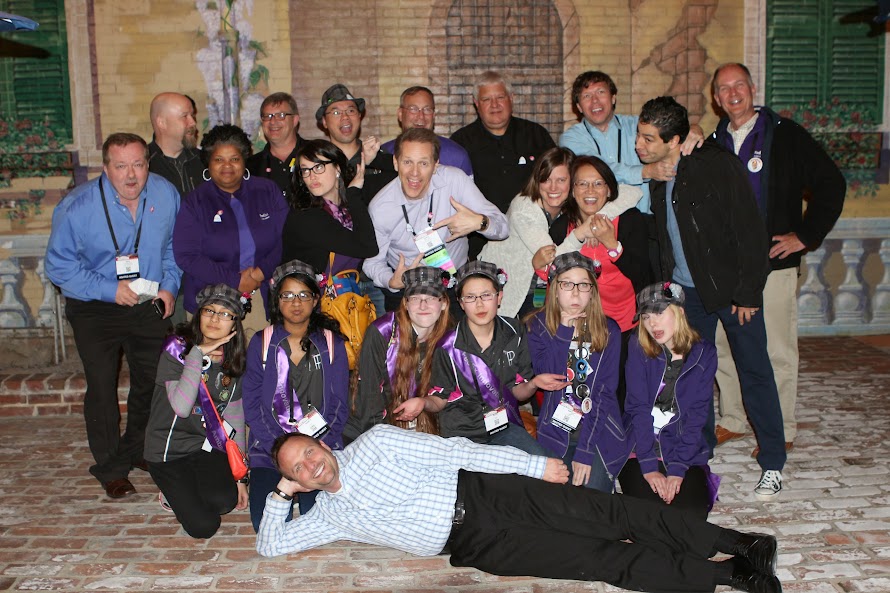 Though the day was jam-packed and we were exhausted by the end, it was a lot of fun and we can’t wait to see what else is in store for us.