We woke up bright and early – 6:45am – to meet FIRST VIPs and watch Mr. Dean Kamen (founder of FIRST and inventor of the Segway), Mr. Jim McKelvey (co-founder of Square), and Mr. Jack Dorsey (co-founder of Square and founder of Twitter) speak in a conference. Before the conference began, we had breakfast in the lounge area and introduced ourselves to the people there. We had a long discussion about our team and the FIRST Championships with Mr. Dorsey’s family, who were an interesting group that were a lot of fun to talk to. 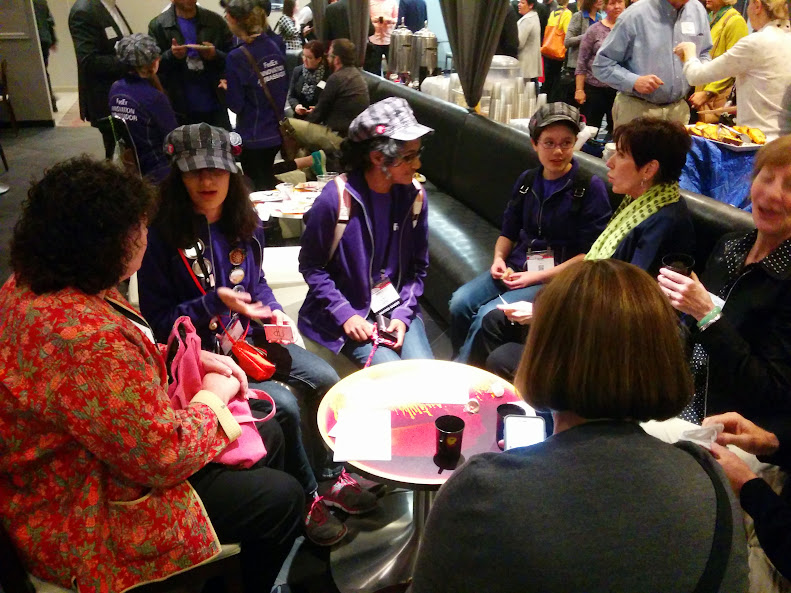 We also had the chance to meet Mr. Dorsey and Mr. McKelvey in person and discuss how they started Square together. 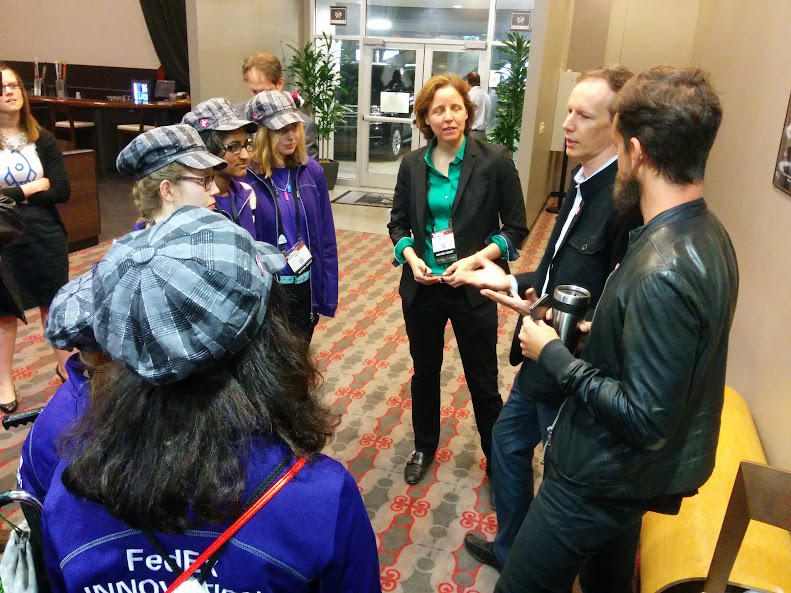 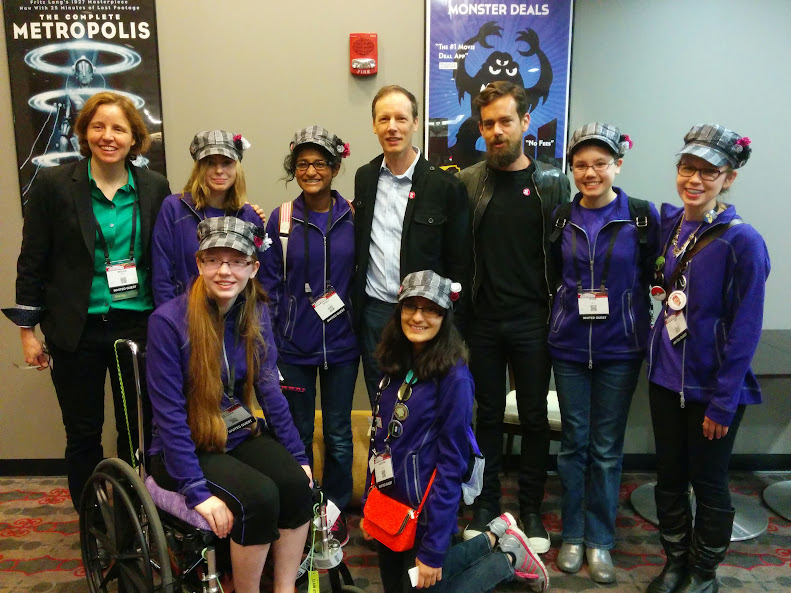 While having breakfast, we met Dean Kamen himself and thanked him for everything he’s done. 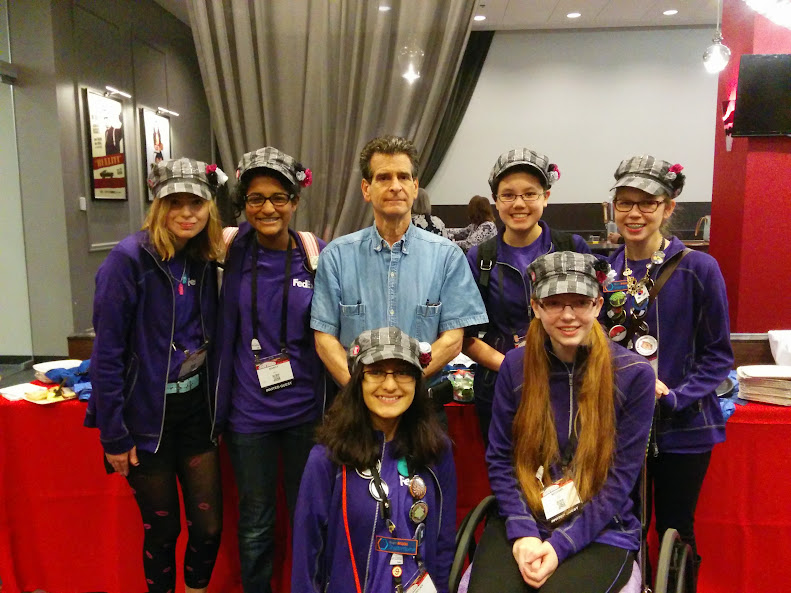 The conference was mainly about the importance of technology in youth today. It was an incredible honor to hear these three successful entrepreneurs discuss their enthusiasm for this generation.

“There is not a job shortage, but a skill shortage.” – Dean Kamen

Mr. McKelvey further explained that the way we talk about technology can set the future for the minorities. Hearing his hope for the future really inspired us to go far with what we’ve taken from FIRST; it opened our eyes to see the significance of STEM careers in the workforce.

Once the conference was finished, we hopped in our bus and drove over to the Boeing welcome center. We got an in-depth look at their “prologue room”, which described how the company was built and developed alongside their competitors. 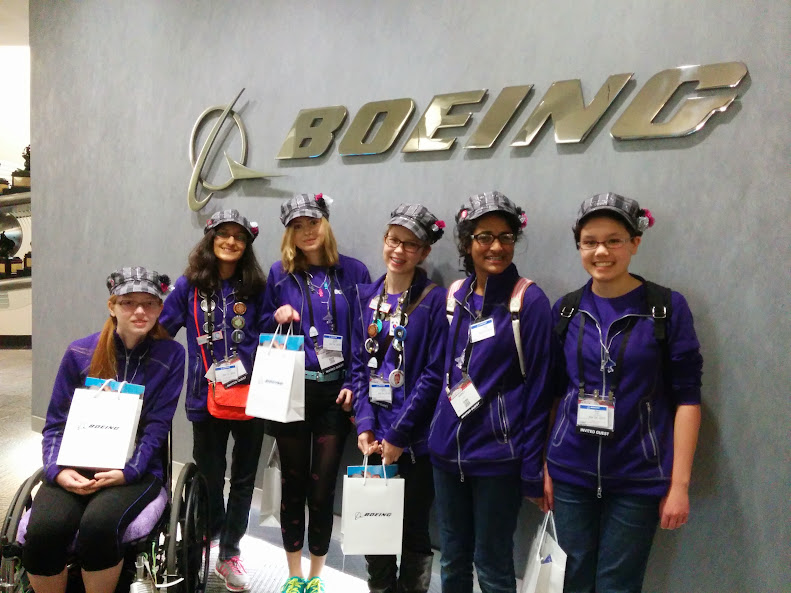 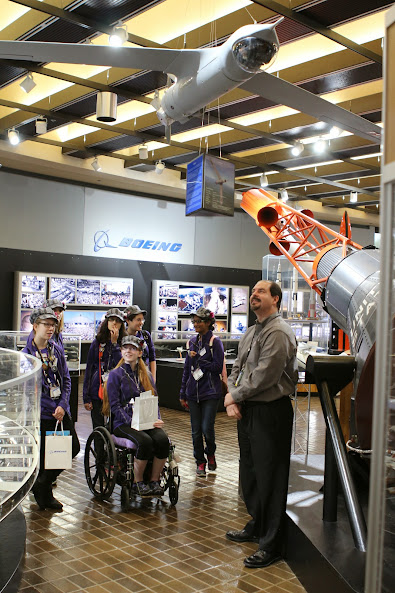 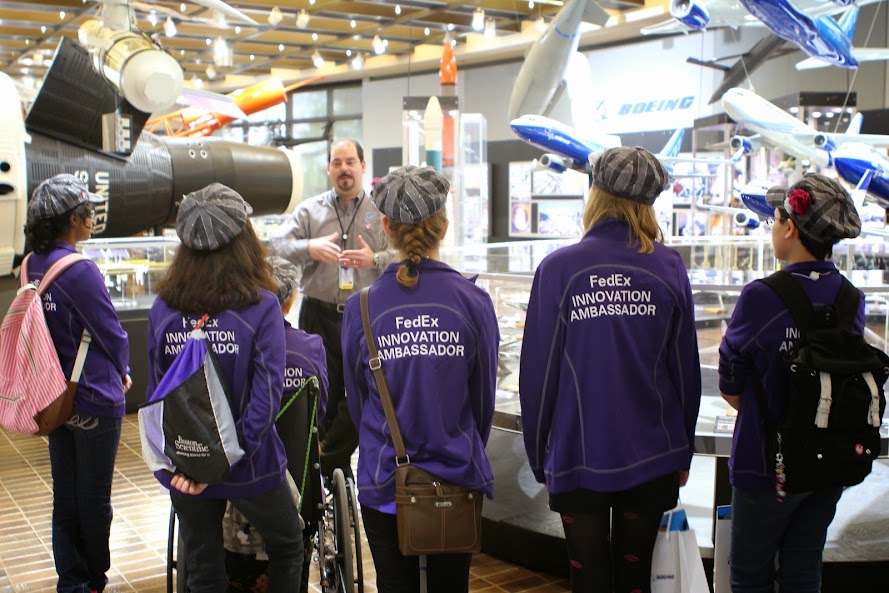 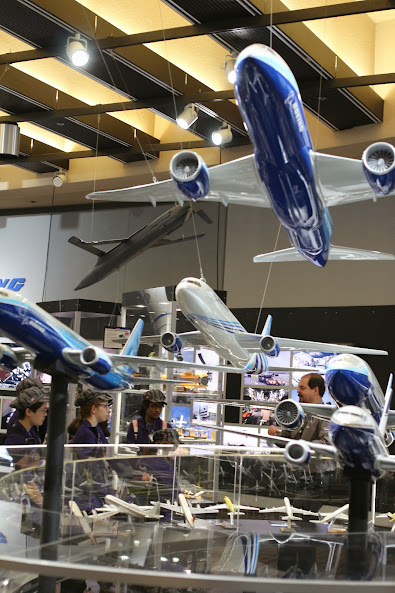 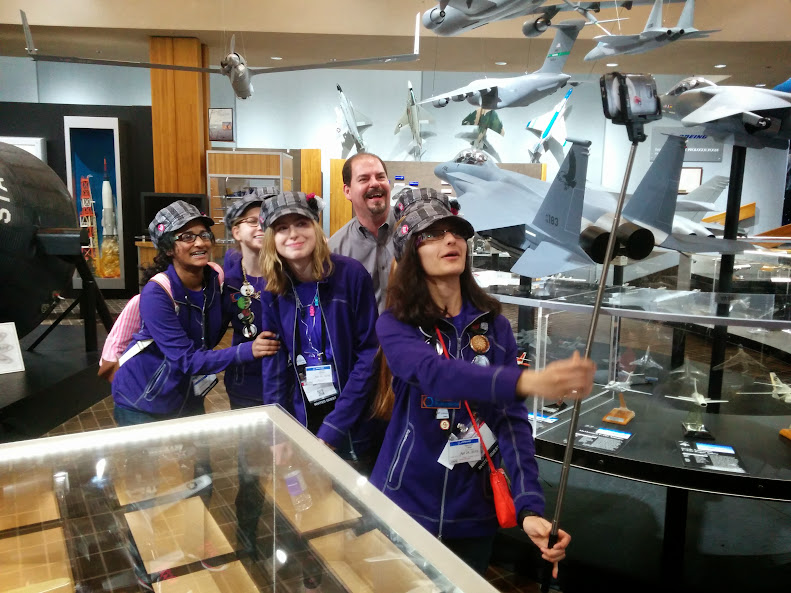 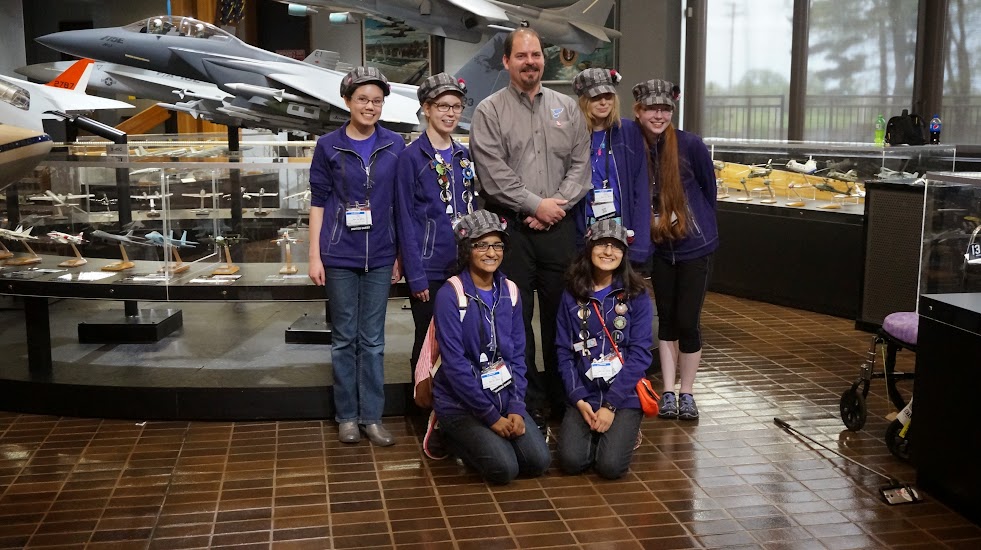 After the tour, we visited a Boeing military plant and got to see how the F-18 is built. Some generous engineers of Boeing gave us a tour of the manufacturing process and we even saw the robots that help in the assembling process. It was really eye-opening to see our robotics activities in action in a real-life application. We then drove to a nearby building and had the chance to try a flight simulator used to train actual pilots-to-be. We each successfully landed the plane on an aircraft carrier (which we did not expect at all!).

We went from Boeing straight to the St. Louis Science center to get a demonstration and behind-the-scenes tour of their Planetarium. After seeing the circular projector work, all of us went to the back of the room and saw how the presenter controls the display. 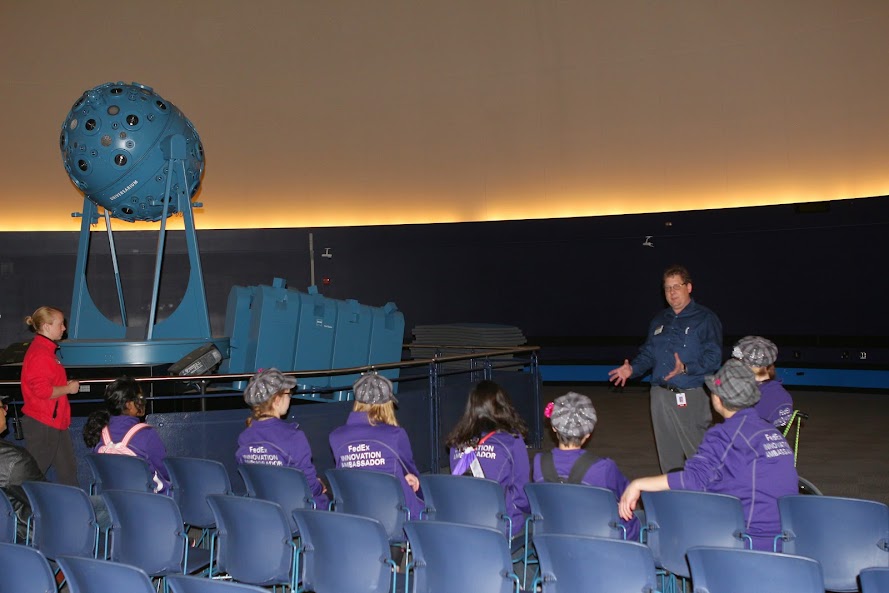 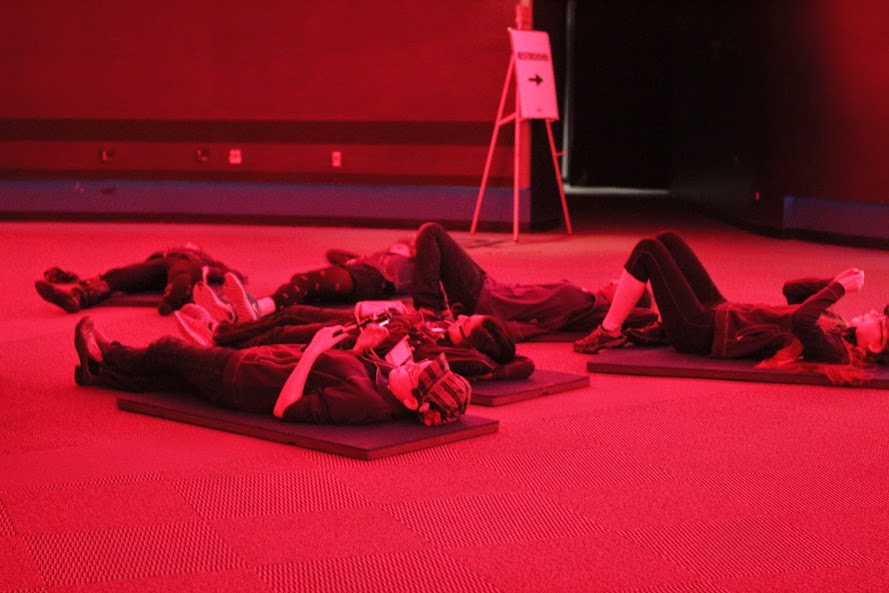 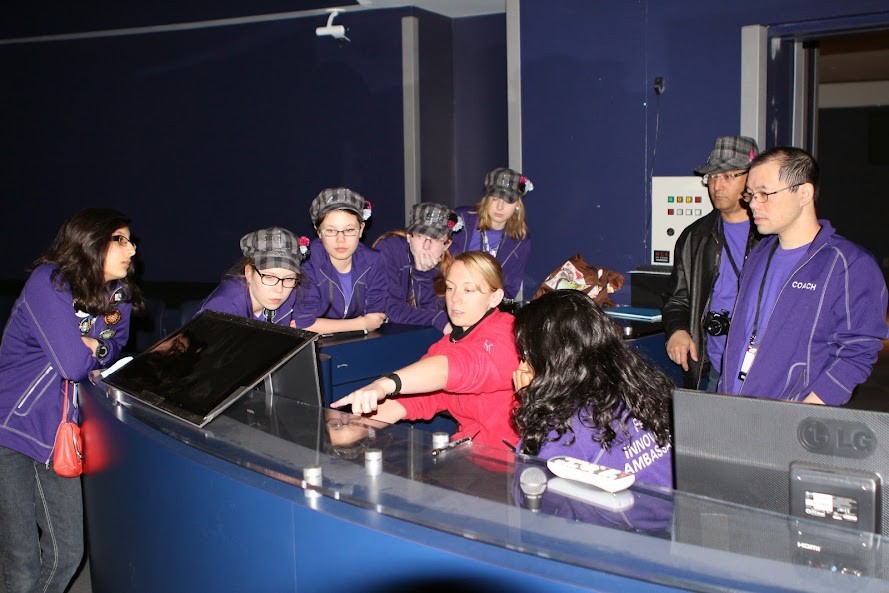 The last thing on our agenda was to go to a VIP reception, where we met the coolest people ever. Among these individuals was Scott Evans (the creator of the FLL challenges) and Mr. Kirk (president of and successor to the founder of LEGO). 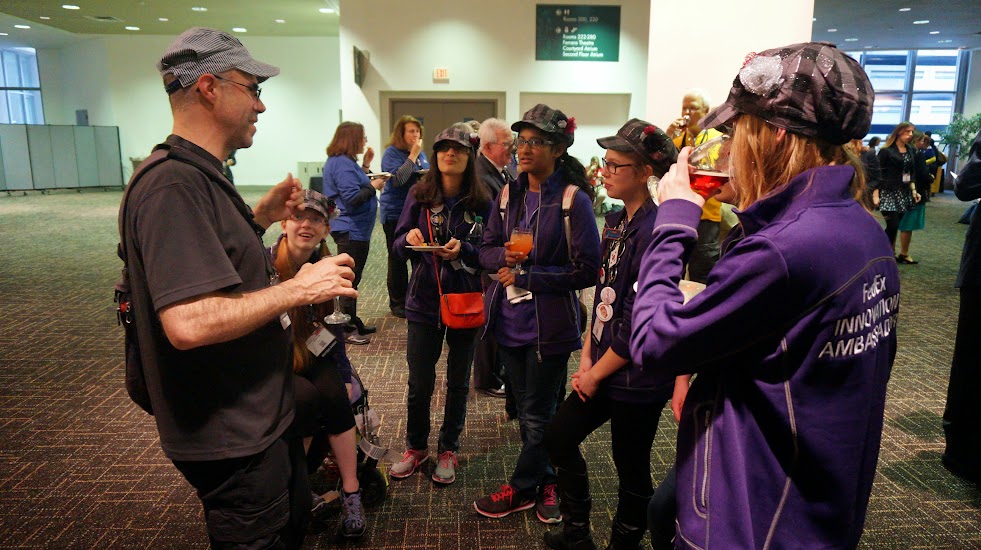 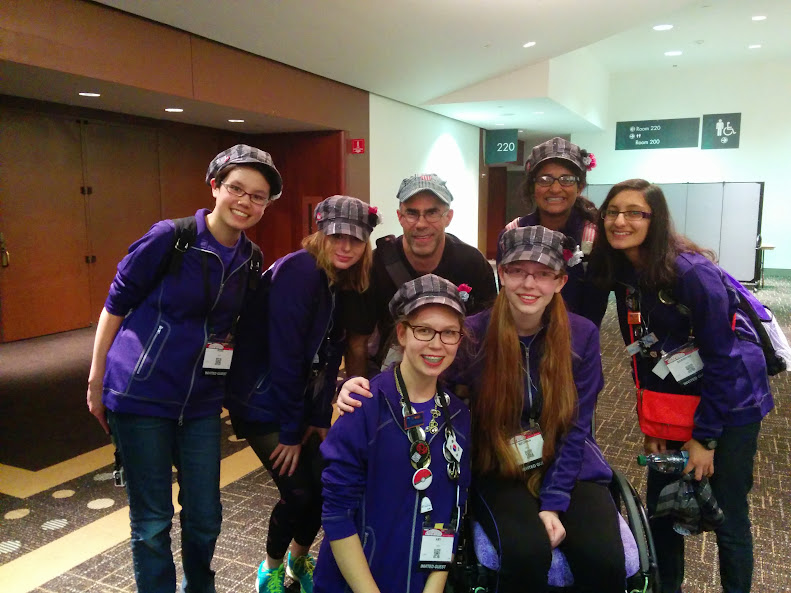 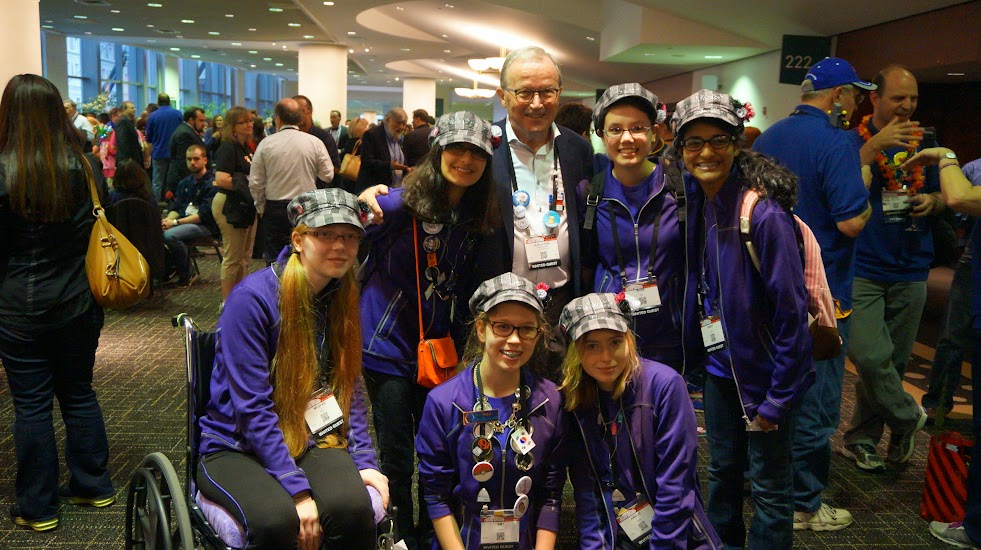 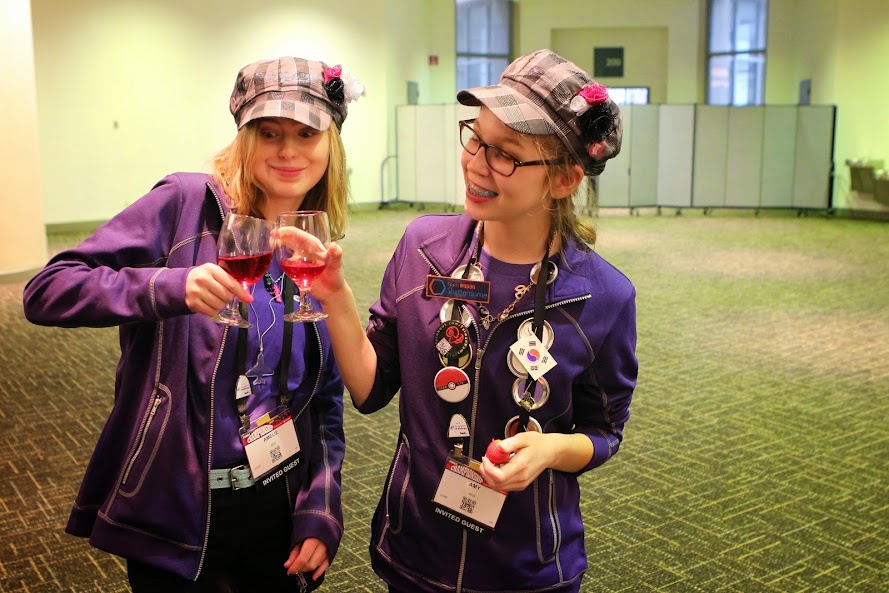 Along with them, we met up with a few of the FedEx employees from the dinner the night before. It was fun to see them again and they were happy to have us there. We also met Denise Wood (CISO) and Tammy Payne (SVP of IT). They were very excited to see us and we had a discussion together about our career paths and interests. 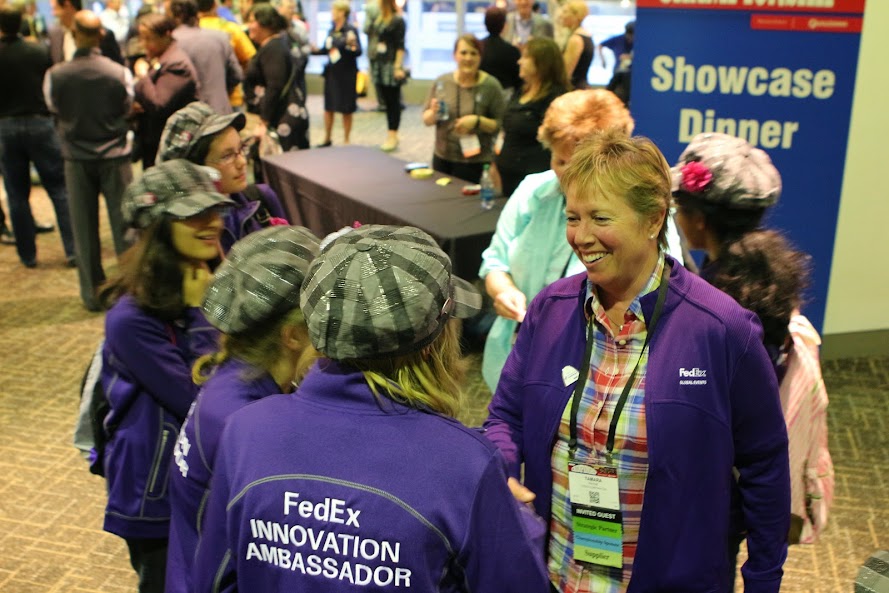 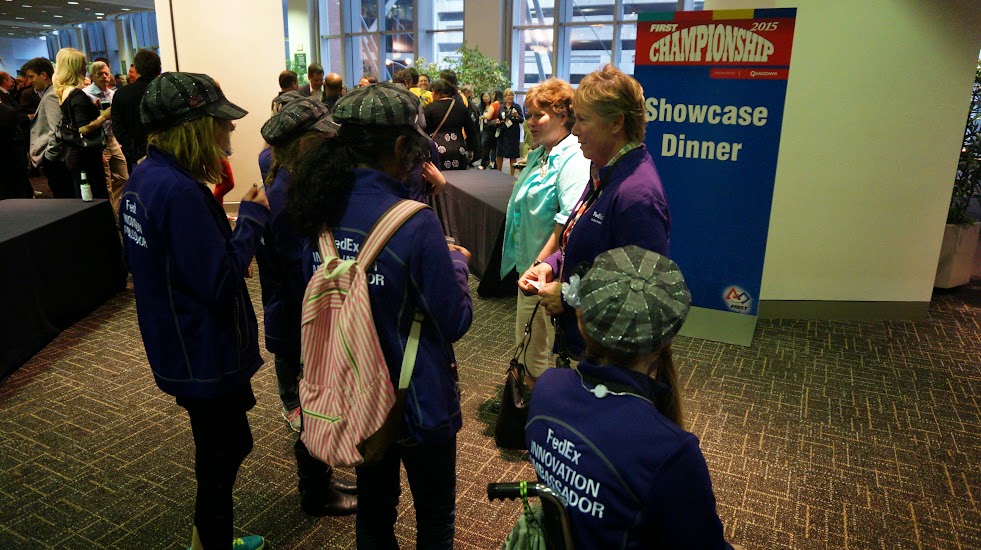 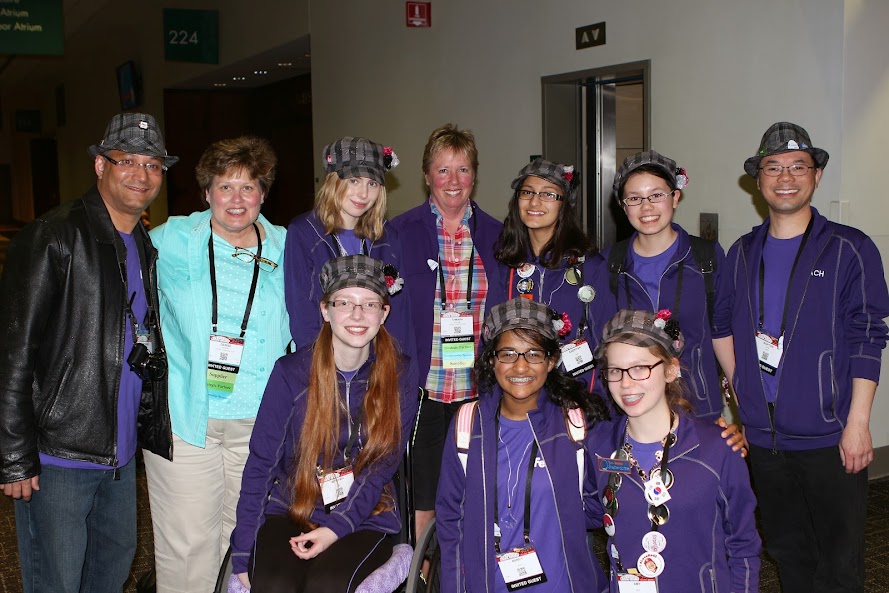 After Ms. Wood and Ms. Payne left, we were too excited immediately to go back and relax at the hotel, so we spent the next 15 minutes blowing bubbles and cheering for teams passing by below us. 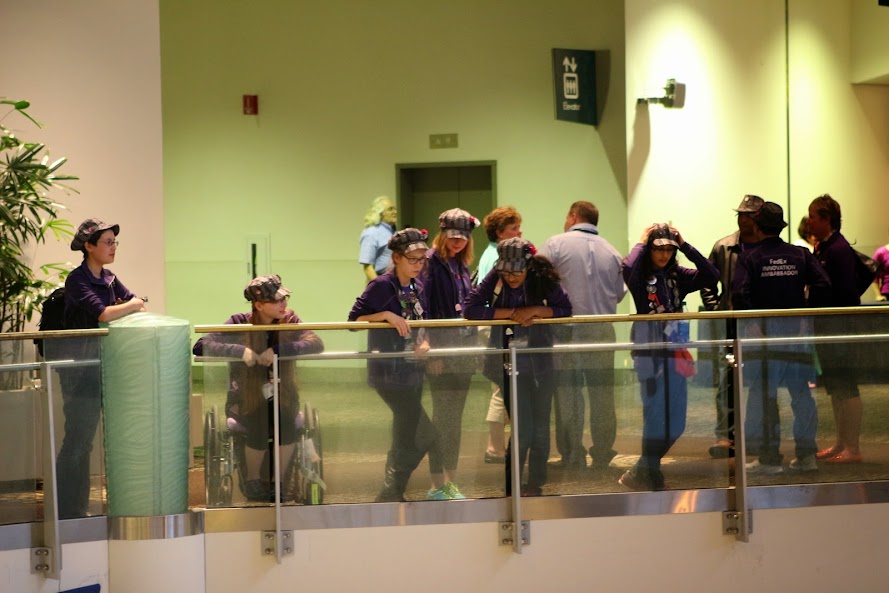 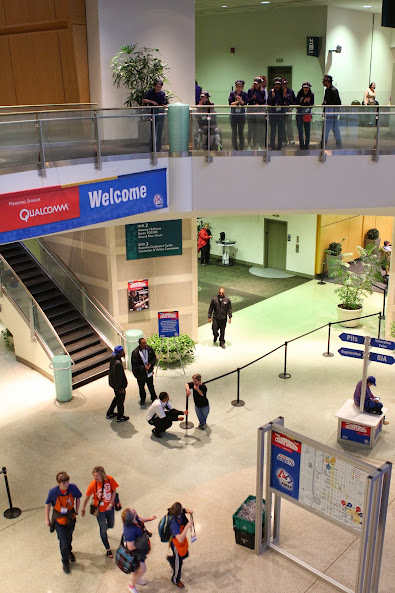 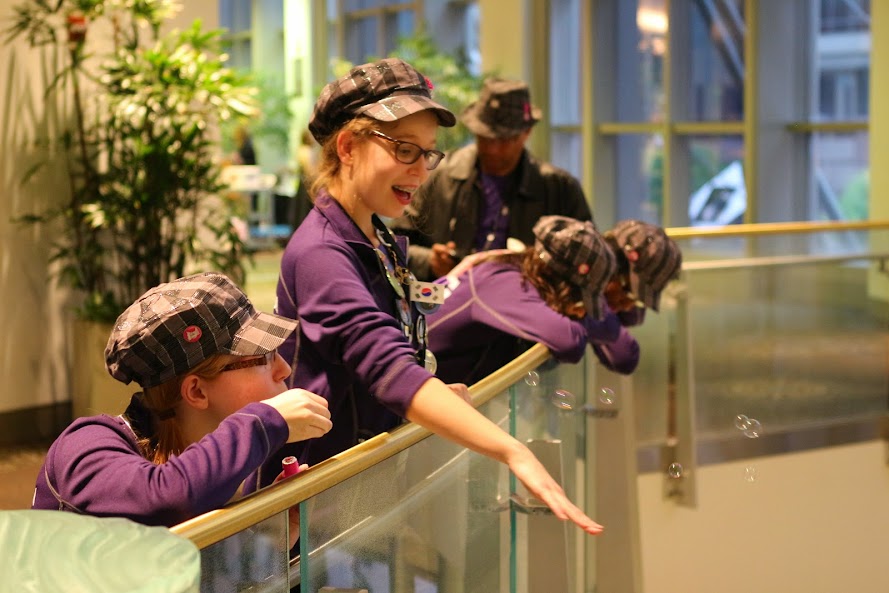 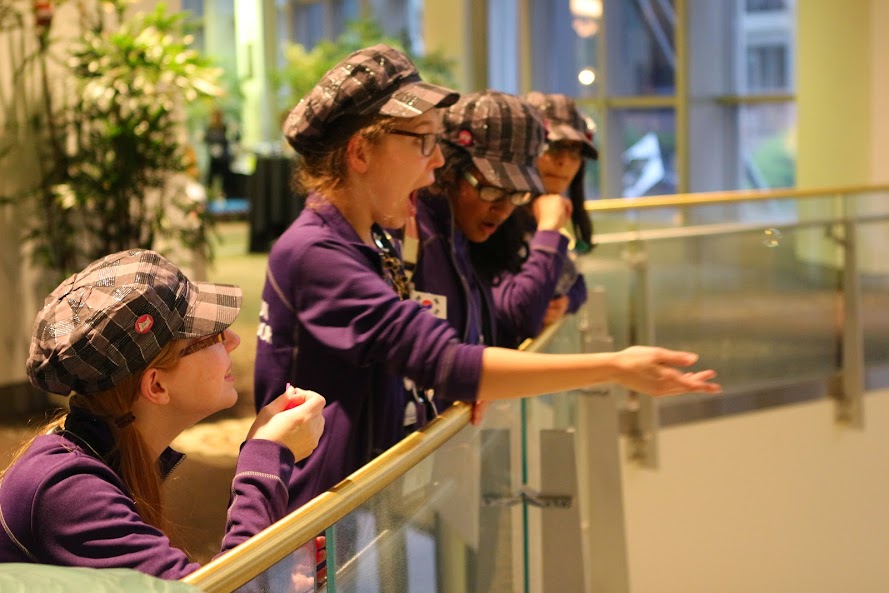 Today’s activities were much more thought-provoking than we had expected; after meeting people who had accomplished such amazing things, our futures were really put into perspetive. We’re now even more excited to put our talents into STEM careers and looking forward to see where FIRST takes us.