The opening day of the Minnesota State Fair is known as “STEM Day.” This year, we went with High Tech Kids to demo our robot along with several other teams from around Minnesota. Events like these are always fun because it’s a great chance to see other FTC teams (especially in the offseason, when we can catch up before the busyness of the season begins).

We arrived at the Fair early and spent some time searching for the demo area. When we finally found it, we were happy to see that the FTC field was located under a huge tree, shielding us from the heat of the August sunshine. We were doubly happy to see that our good friends, Visible Spectrum and Mecha Dojo, were also demoing, along with The PRIDE and MechaTech. Our own Stacy the robot joined the others on the field and we got her set up lickety-split. 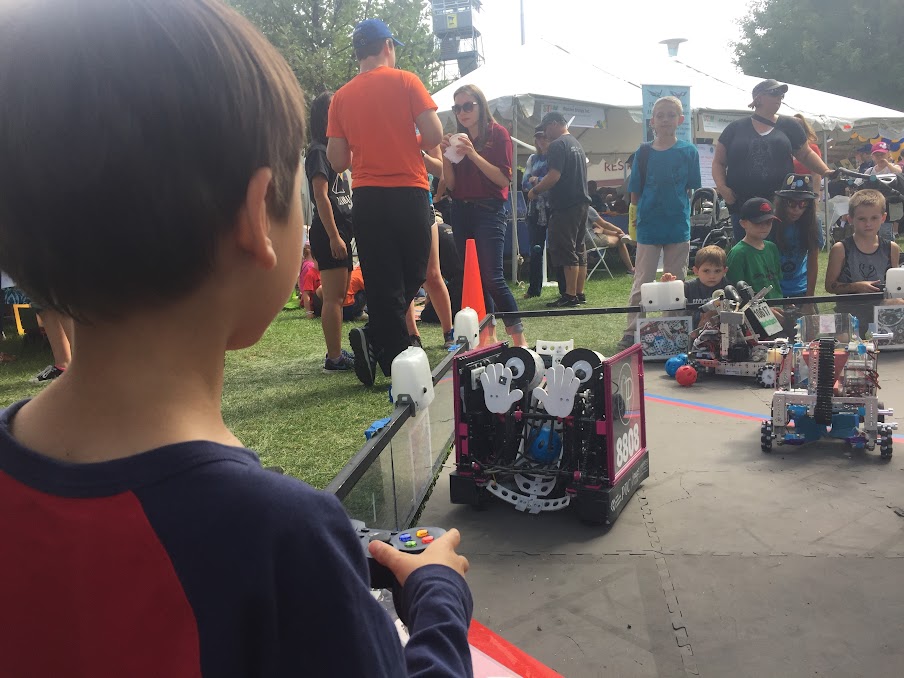 We spent the next five-ish hours talking to people and letting visitors drive the robot. Nancy in particular did a great job of engaging people as they walked by. After telling people about FTC, she encouraged them or their kids to try driving a robot. If the kids were too young or particularly hesitant, she told another Posse member to drive Stacy over and give them a high-five. This usually made them smile and, in some cases, gave them the confidence to try driving the robot themselves.

As usual, we also handed out robot driver’s licenses. We also gave blank licenses to the other teams for handing out during the demo. Newly certified robot drivers got a kick out of signing their name and proudly showing their parents the card.

Thank you High Tech Kids for inviting us to the STEM Day demo!