Every year, our local library hosts a “Teen Tech Camp” where teenagers can join and gain hands-on experience with cool technology like 3D printing, circuits, and programming. We were invited last year to show our robot during one of the classes. It was a lot of fun, so we were excited to have the same opportunity this year. 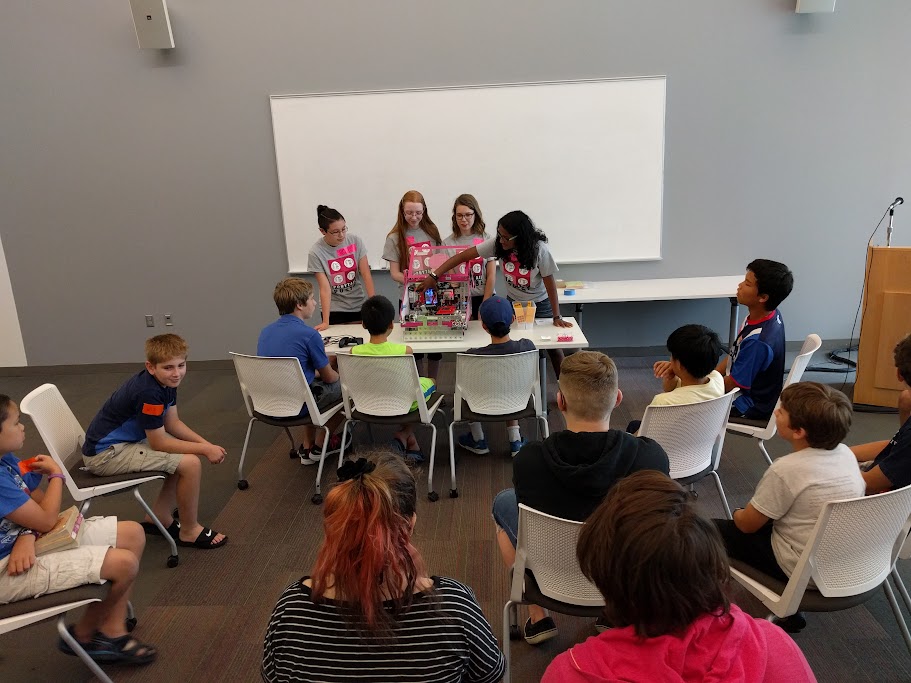 We were given about 40 minutes to talk to the class. For the first half, we put Stacy the robot on a table and walked the students through how everything works. We talked about the robot competition and how we use a mix of the Tetrix kit and custom parts to build the robot. Then we walked them through how all the electrical components were connected and drew a diagram on the whiteboard. Since our robot is sort of a culmination of everything they had learned in the class so far, they were familiar with a lot of the things we talked about.

During the second half, we let the students take the controls and drive it around. We set up a blue tape “goal” on the floor and scattered cubes around for them to use as scoring pieces. After a couple people tried this out, Nancy had the idea of making it into a competition by timing how fast all five cubes could be scored. It was a lot of fun and the students really got into seeing how fast they could complete the task. This was also a good way to show them a little bit of what the energy of a real FTC competition is like.

We had a great time at this demo and we can’t wait to go back next year! 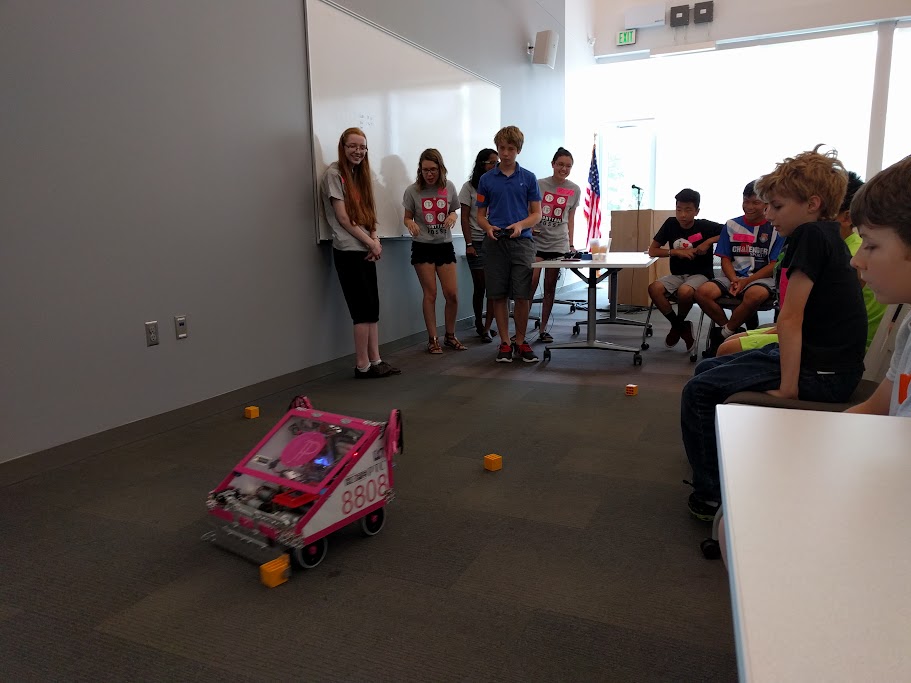 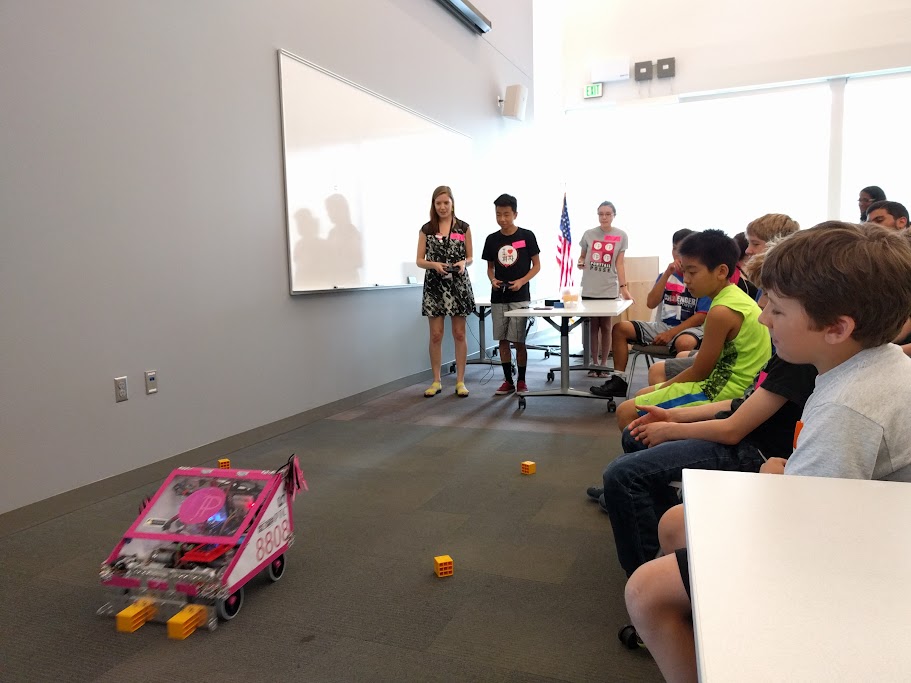