On the Friday before our tournament, some of us went to the school where it would be held and helped get things ready. This involved setting up tables & chairs in the pits, getting the judging rooms ready, and putting up signs near the entrance.

Then, on Sunday, we woke up bright and early to head to the tournament. Parts of our day were spent handling the merchandise table, checking in teams for judging, and entering robot scores into the computers. However, for the majority of the afternoon, we assumed our usual roles of table resetters/score runners. Divergent (a team that we had mentored) was competing on that day, too, so we joined in their cheer (at the end of the day, they won the team spirit award! Go Divergent!). It was a great start to our volunteering season and we look forward to the coming tournaments. 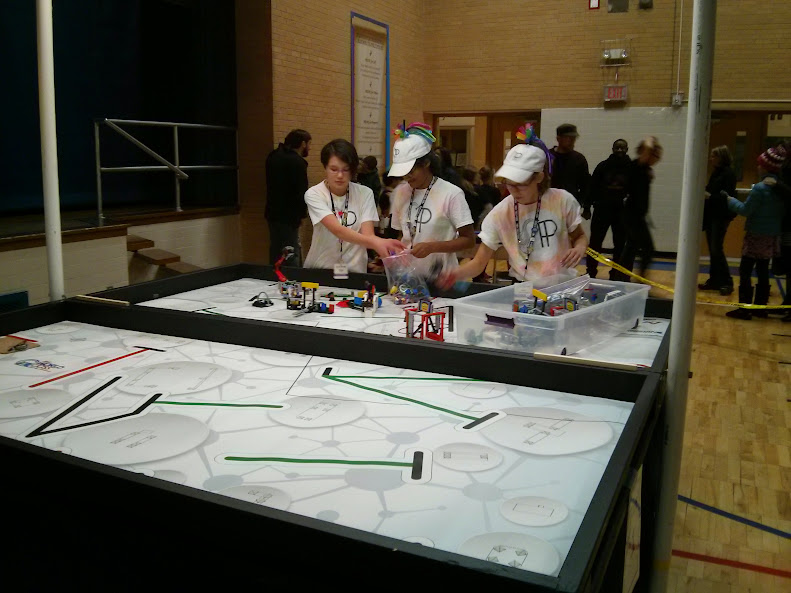